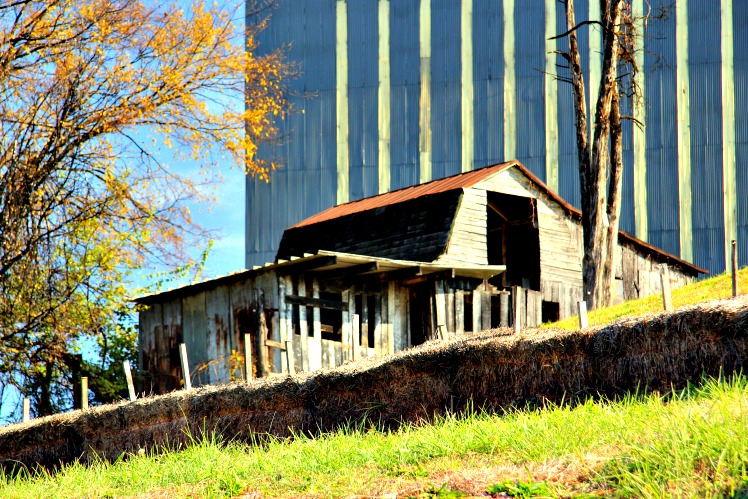 Good morning and Happy National Bourbon Day. Might as well use the occasion to clear up a few things about America’s classic spirit.

The fact that bourbon distilleries give away free samples of their product on their distillery tours isn’t the only reason I visit these landmarks—it’s the history!

Kentucky is an often overlooked and beautiful tourist destination that offers way more than just bourbon. There are also thoroughbred horses, a ton of civil war historical landmarks, and renowned hiking and rock climbing destinations. But you’ve come here for one thing, to learn about the bourbon trail, so the bourbon trail we will cover.

Kentucky’s Bourbon Trail now consists of 18 whiskey distilleries. Some of them are new kids on the block and others have been around since bourbon’s inception. In fact, if you visit every distillery on the trail, you’ll probably hear more than one say it’s the oldest. This is because there are no definite records of how generic “whiskey” became bourbon. So distilleries are known to take liberties to be seen as the oldest and sell more bottles of bourbon at the end of their tours.

The bottom line is, if you’re a fan of bourbon, it doesn’t matter which distillery is the oldest. Each distillery on the bourbon trail (new or old) makes a fantastic product. Each one brings its own unique aspect to the buttery-brown spirit.

Very few people visit every distillery on the trail since it encompasses nine different cities/towns—some 70 miles apart. I’ve mapped out a bourbon trail itinerary that includes the distilleries we’ve visited during our several visits to the Bluegrass State. This guide will help you choose the ones you want to visit the most. There are some important logistics to note before we get into our guide.

It’s up to you where you stay during your trip but I suggest you set up camp near Louisville and Lexington. Being the two largest cities in Kentucky they provide the most options when it comes to campgrounds, food, outdoor recreation, and other non-bourbon-related offerings. Two excellent options for RV camping are Grandma’s RV Camping in Shepherdsville (20 miles south of Louisville) and Whistling Hills RV Park at Georgetown (20 miles north of Lexington). We’ve also stayed at My Old Kentucky Home State Park Campground in Bardstown.

If you’re planning on trying the samples at the end of the distillery tours (and why would you not?), you’ll want to make sure you have a designated driver. Kentucky doesn’t mess around with driving drunk and the last thing you want is a DUI. Alternately, check out local tour companies with different bourbon trail tour packages.

When planning your trip, keep in mind that you don’t have to go on every tour that each distillery offers. In fact, to be able to get in as many distilleries as possible, I’d suggest you don’t. Each distillery tour takes about an hour. In peak season (spring/summer), they can take even longer due to the high volume of visitors and COVID protocol.

You can get a good idea of any distillery’s history by strolling the grounds open to visitors and visiting the gift shop. If you decide to use a tour company for transportation, they can tell you everything you need to know about each distillery. We suggest saving the tours (and saving money) for your favorite distilleries. Now, break out your favorite whiskey glass, pour your favorite bourbon, and you’re ready to learn about Kentucky’s Bourbon Trail.

Note: Many of the distilleries on the Bourbon Trail have limited tour schedules or have canceled tours altogether, due to the pandemic. Check each distillery’s website for tour availability and safety guidelines.

Leaving Shepherdsville and heading southeast to Bardstown your first stop is in Clermont at the home of one of the world’s most noted whiskeys—the Jim Beam American Stillhouse. Although it’s now owned by Japanese mega-conglomerate Suntory, the seven-generation family-owned company’s rich history is still evident. The Jim Beam name dates back to before Kentucky was even a state. Their German immigrant ancestors settled on the land to grow corn that would soon after be used to make their original-recipe whiskey. You would be remiss to pass up on one of its most influential brands.

Continue your journey to historic Bardstown—the Bourbon Capital of the World and an Official Gateway to the Kentucky Bourbon Trail. Heaven Hill is the world’s largest family-owned spirits producer making brands such as Elijah Craig, Larceny, Henry McKenna, Fighting Cock, and Evan Williams. The Heaven Hill distillery has been family-owned and operated since 1935 making it fairly young for a distillery of its size. With some help from a notable Kentucky distilling family member, Earl Beam (Master-Distiller from 1946-1975), Heaven Hill got its operations off the ground. Heaven Hill produces more than 400,000 barrels annually and has won multiple world spirit awards. At the Heaven Hill Bourbon Heritage Center you can choose from their tour options and enjoy your samples in their barrel-shaped tasting room.

Wind down in Bardstown as you peruse the shops and start planning your nightcap destination. Take a stroll through the past at the newly renovated Oscar Getz Museum of Whiskey History. Don’t miss an opportunity to dine on classic Kentucky fare in the Old Talbott Tavern (fried green tomatoes is recommended), have a nightcap in the “world’s oldest Bourbon bar”, and even spend the night if you feel so inclined.

The sprawling Barton 1792 is an old-school distillery with an old-school charm. The tour is informal, the buildings unadorned. The distillery’s flagship brand pays tribute to the year Kentucky gained statehood. Rye recipe bourbon, 1792 is handcrafted in small batches, aged 8 years, and bottled at 93.7 Proof. It is very high in rye, so it’s going to give you a lot of spicy flavor upfront. Buttery on your tongue and oh so smooth as it goes down the back of your throat. It has a long finish. Our glasses seemed to empty themselves. Can you tell it’s one of my favorite bourbons?

We moved on to Willett Distillery, where Johnny Drum, Willett, Noah’s Mill, and other small-batch bourbons are made. Production here is 20 barrels a day, compared to Beam’s 5,000 or so. Entering the fermenting room, we noted seven uncovered 10,400-gallon tanks of bubbling brew—beer before liquor, literally.

From Bardstown we headed 25 miles southeast to Lebanon and Maker’s Mark. Maker’s Mark is quite possibly one of the most recognizable whiskey brands in the world thanks to the six-generation Samuels family recipe and its distinctive wax seal on every bottle. On the tour, you’ll have the option of sealing your very own bottle in wax which is a unique experience you can’t find anywhere else. Trust me, it is great fun!

The beautiful Four Roses Lawrenceburg distillery reflects the story of the brand. The bourbon was named after founder Paul Jones Jr.’s romantic gesture of giving a four-rose corsage to his sweetheart before a ball in 1884. Now the distillery boasts gorgeous Spanish architecture and a mellow vibe.

After visiting the Four Roses facility, we headed to their neighbor, the ever-intriguing Wild Turkey, another distillery on the trail with a ton of heritage and family influence. Their main claim to fame is Jimmy Russell, the world’s most tenured master distiller. He’s been crafting bourbon for over 60 years. He now makes bourbon next to his son Eddie who has more than three decades of experience.

Academy Award-winning actor Matthew McConaughey joined Jimmy and Eddie Russell as Creative Director in 2016. The relationship very quickly turned into an opportunity to collaborate on both marketing campaigns and product development. This is most evident in Longbranch bourbon which carries McConaughey’s name and is refined with mesquite from the actor’s home state of Texas to form a unique flavor profile.

It’s not clear why Buffalo Trace and Barton 1792 were pulled from the Kentucky Distillers Association (KDA) and thereby out of the bourbon trail in 2010. It’s likely because at the time they were Kentucky’s largest bourbon producer and didn’t want to pay the dues (more about that at the end). A part of the bourbon trail or no, the Buffalo Trace distillery is considered a Mecca for bourbon lovers around the globe. The facilities are enormous and house a total of 19 brands of bourbon. If you can’t make their highly informative and still free tour simply strolling around the grounds and picking up a rare bottle of whiskey in the gift shop is worth it.

If you’re looking for Kentucky majesty, you’ll be hard-pressed to find grounds more beautiful than those of the Woodford Reserve Distillery in Versailles. Woodford can claim that it is the “oldest” distillery in Kentucky because it’s been located in the same place since 1812. Other distilleries have moved their operations over the years. Because of this, Woodford Reserve is a national historic landmark.

Woodford holds special significance for me as being the first bourbon distillery visited and one of only two distilleries we have visited on two separate occasions, the other being Maker’s Mark.

How Does a Distillery Get Featured on the “Official” Bourbon Trail?

It’s not entirely clear how distilleries are selected to be featured on the bourbon trail. You probably already know that there are more than 18 distilleries in Kentucky. Currently, there are close to 100. For a distillery to be considered a part of the bourbon trail, they have to be recognized as a Kentucky Distillers Association (KDA) member. The KDA is a non-profit association established in 1953 to ensure that its members followed the best distilling practices.

Overall, 37 members of the Kentucky Distillers Association operate one or more distilleries in Kentucky. However, when it comes to who gets picked for the trail, it is probably left to closed-door KDA dealings.

I love coffee in a cup, little fuzzy pups, bourbon in a glass, and grass.