Sheer beauty on an awe-inspiring scale and plenty of wide open space to enjoy it: this is what travelers search out in the months to come. And Utah has it. 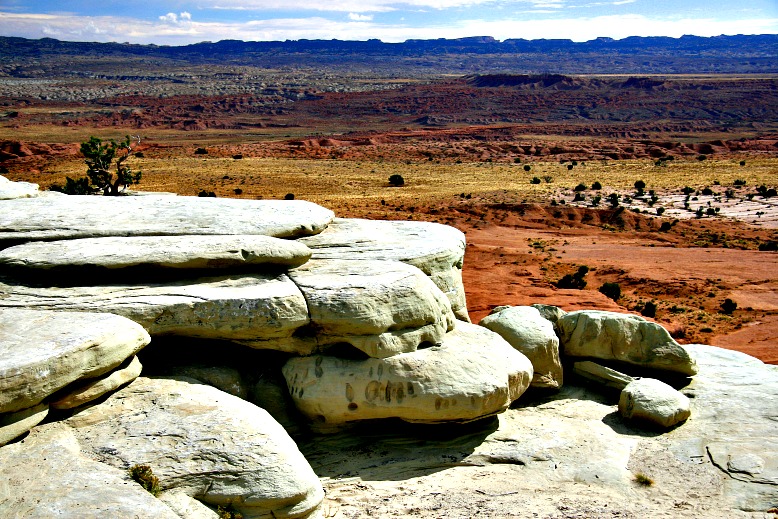 From A to Z, Utah’s five national parks include some of the best-known favorites in the U.S. There might also be one or two that aren’t on your radar—yet.

Here’s a look at The Mighty 5.

Just like its name suggests this stunning national park is famous for its natural sandstone arches—over 2,000 of them. There are photo ops galore as the warm golden hues of the rock formations provide a striking contrast with the endless blue skies. Visitor favorites include Delicate Arch and the Landscape Arch. There’s also Balanced Rock which is exactly what it sounds like and must be seen to be believed. Arches is located just north of Moab near Utah’s eastern border.

Standing like sentinels and witness to millions of years of the Earth’s existence, the jagged hoodoos of Bryce Canyon are as haunting as they are beautiful. The towering red rocks also provide a playground for the many varieties of wildlife—from Rocky Mountain elk to the Utah prairie dog—that call Bryce Canyon home. At elevations of up to 9,100 feet, this park offers cross-country skiing and snowshoeing in the winter—and hiking and horseback riding in the summer.

Canyonlands features a unique landscape of canyons, mesas, and buttes formed by the Colorado and Green rivers. At more than 337,597 acres, this is Utah’s largest national park. It’s also where visitors will find Mesa Arch, the star of so many photographs in Canyonlands’ Island in the Sky district. Take the road less traveled and visit Canyonlands’ Needle District where you are on the canyon floor looking up at astonishing rock formations.

You’ve heard of a wrinkle in time—but how about a wrinkle on the earth? Also known as a geologic monocline, the 100-mile long Waterpocket Fold in Capitol Reef has cliffs, canyons, domes, and bridges. Also of note: the 21-mile Capitol Reef Scenic Drive has vistas galore.

It was Utah’s first national park, and it’s also one of the top three most-visited national parks in the U.S. Larger-than-life Zion has a lot to live up to and it delivers with soft-hued sandstone cliffs glinting pink, white, and red in the brilliant sunshine. Zion’s other charms include Angels Landing, The Narrows, and the Emerald Pools Trails.

The amazing force of water has cut three spectacular natural bridges in White Canyon at Natural Bridges National Monument located 42 miles west of Blanding or 47 miles north of Mexican Hat. These stunning rock bridges have Hopi Indian names: delicate Owachomo means ‘rock mounds’, massive Kachina means ‘dancer’, while Sipapu, the second-largest natural bridge in the state, means ‘place of emergence’. A nine-mile scenic drive has overlooks of the bridges, canyons, and a touch of history with ancient Puebloan ruins. Moderate to difficult trails, some with metal stairs lead down to each bridge. A longer trail follows the stream bed beneath all three bridges.

The Grand Canyon is a destination on many people’s bucket lists. But did you know Utah has its very own version of the Grand Canyon? Little Grand Canyon is located in the deepest part of the San Rafael River canyon located directly beneath the Wedge Overlook in the San Rafael Swell. The Swell covers a large area and until modern times posed a formidable barrier to east-west travel. Only two roads actually cross it including I-70 (from Salina to Green River) which cuts right through its middle. Several rest stops are provided in scenic areas. You’ll have breathtaking views into Eagle, Devils, Black Dragon, and several other deep, sheer-walled canyons.

From the Wedge Overlook you can look out over the Little Grand Canyon of the San Rafael. It’s a majestic viewpoint that does indeed resemble the world-famous Colorado River chasm. When you approach the edge—carefully—and peer over the side, the river hundreds of feet below and then gaze out at the distant mesas, you realize there is nothing “little” about this canyon. The big difference between The Wedge and other scenic vistas is the solitude. You will probably be the only one on the rim.

If you want to get to know the Swell on a more personal basis—and still remain in your car—drive the Buckhorn Draw Road, designated as one of Utah’s Scenic Backways. Also, drive the spur down to the Wedge Overlook. These are maintained gravel/dirt roads, washboardy in spots, but nothing which will pull your muffler off. They will guide you through the changing faces of the Swell from dry desert to juniper and pinion trees to streambeds where a trickle of water enables lush vegetation in the canyon bottoms.

This is a hot, dry country and you need to be prepared for emergencies. Let someone know where you are going and when you plan to return. Carry water, food, and emergency supplies. If your vehicle breaks down on a backroad it may be days before someone happens along that way.

The ideal time to hike the Swell is during spring or fall when temperatures are moderate. Morning or evening hikes are enjoyable during the summer. Carry water if you are hiking any distance.

As we crossed the Colorado-Utah border I saw God in the sky in the form of huge gold sunburning clouds above the desert that seemed to point a finger at me and say, “Pass here and go on, you’re on the road to heaven.