Sun, sky, sea, and sand best sum up this city by the sea 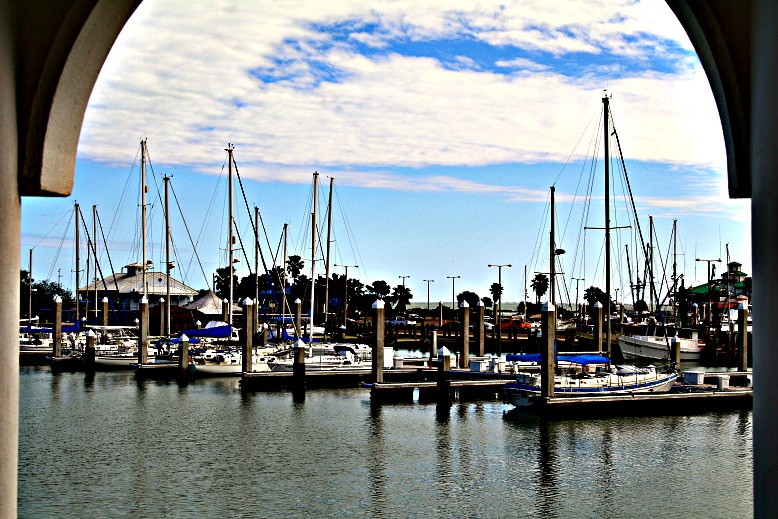 Corpus Christi is home to numerous one-of-a-kind places to see and do but the USS Lexington stands out. The Lexington is a World War II-era aircraft carrier that operated in the Pacific Theater and served until 1991 racking up more records than any other ship in the history of naval aviation in the process.

From the parking lot, follow the ramp to the Hangar Deck where you’ll receive a self-guided tour map at admissions. Five tour routes cover 100,000 square feet and 11 decks. Allow up to four hours to explore all five routes. Smartphone users can enrich the tours by downloading a QR code reader app that corresponds to codes at various exhibits (English and Spanish). “Yellow shirt” volunteers, many of whom served onboard the USS Lexington, are stationed throughout the ship to answer questions.

Nearby, the Texas State Aquarium provides insight into the creatures inhabiting the Gulf of Mexico and oceans beyond. Its conservation and rehabilitation programs for turtles and dolphins, in particular, earn the aquarium nationwide respect.

Most visitors allow a minimum of four hours to explore the Texas State Aquarium, an indoor/outdoor adventure spread over six acres of glimmering shoreline. Besides aquariums filled with sharks, barracuda, lionfish, and other marine species, highlights of the four-level attraction include touch tanks, interactive displays, wildlife shows, 4-D movies, and a splash park (open in spring and summer). Upon arrival, check the Visitor Map and Guide (free with admission) for show schedules. For the best seating/viewing, arrive at each venue 30 minutes prior to scheduled program times.

The attractions sit side by side on North Beach, a section of Corpus Christi located on the far north end of the city. They are next to Harbor Bridge (U.S. 181), a large, arched span that stretches across the Corpus Christi ship channel. Note: The iconic, LED-lit bridge is undergoing a major upgrade. Once complete, the new Harbor Bridge will be the tallest point in South Texas and the longest cable-stay bridge in the United States.

The new bridge design incorporates a number of aesthetic features including a shared-use path, a community plaza, nighttime LED lighting, and xeriscape landscaping (derived from the Greek xeros meaning “dry,” the term means literally “dry landscape.”). In all, the project includes the design and construction of just over six miles of bridge and connecting roadway. Before visiting, check for traffic updates at harborbridgeproject.com. Also, because of 2020 closures related to the COVID-19 pandemic, check the status of each facility before you go.

Make your first stop at the Corpus Christi Visitors and Information Center where plenty of information is available. While in the area, be sure to visit Heritage Park, a collection of eight historic local homes that have been restored by non-profit organizations to their former splendor.

The area in which Corpus Christi is located was first explored by Europeans in 1519. Spanish explorer Alonso Alvarez identified the area as Corpus Christi (Body of Christ), giving it the name of the religious feast day. Attempts to establish missions were actively opposed militarily by local Native Americans.

When Texas became a republic in 1836, it claimed the Rio Grande as its southern border. Mexico disagreed and set the border farther north at the Nuces River. Corpus Christi was established where the Nuces River reaches the Gulf of Mexico in order to set up a base of operations to pursue the boundary dispute.

In 1839 US troops under the command of General Zachary Taylor set up a small tent city there in preparation for battle with Mexico. Among Taylor’s troops were three future US presidents: Taylor himself, Franklin Pierce, and Ulysses S. Grant. Jefferson Davis, the future president of the Confederacy, was also present.

The settlement at the Nuces River remained and Corpus Christi came into being. It did not become part of Texas until the Mexican war of 1846. By then it had become a supply route for US troops headed to Mexico.

The person responsible for establishing Corpus Christi as a permanent settlement was Colonel Henry Lawrence Kinney, an adventurer from Pennsylvania who established a trading post in the area in 1839. After the Mexican war, Kinney aggressively promoted the town throughout the East as “the Italy of America” because of its sunny climate.

Captain Forbes Britton of Virginia returned to Corpus Christi with his wife in 1850 after retiring from the army. Their home, built on land they purchased from Kinney, (Britton-Evans Centennial House) is the oldest existing structure in the city. Built in 1848-1850, the brick house has foundations of a shell create, cement reinforced with oyster shells indigenous to the area.

In the mid-1920s the Army Corps of Engineers dug a deep ship channel. Corpus Christi is the deepest port on the Texas coast. The city’s position was enhanced further with the introduction of the Naval Air Station and its advanced flight training school.

The two-mile sea wall running through the heart of the business district was constructed in such a way as to open the city to the Bay rather than to form a barricade. Stroll the sea wall and you’ll pass by work and party boats, cruise boats, and shrimp boats sitting at anchor in the marina.

Steps lead down to the water and to the popular “T” head docks for pleasure boats. The waterfront was designed in the late 1930s by Guzon Borglum, sculptor of Mount Rushmore. He worked with the city at that time on the major landfill project that created Shoreline Boulevard and Corpus Christi Beach. His design joined the beauty of the miles of blue water with the cityscape.

The revitalized downtown area provides visitors with an array of stores, restaurants, and nightlife. The center of activity downtown is the Water Street Market, a collection of places to dine, shop, and then relax with a cool drink and evening entertainment.

If the bay is Corpus Christi’s front yard, then the beaches on Padre and Mustang islands are its backyard. The natural wonders of Padre Island National Seashore—at 130,434 acres, called the longest remaining undeveloped barrier island in the world—make it a favorite with outdoor enthusiasts. Of the world’s seven sea turtle species, nests belonging to five—leatherback, hawksbill, green, loggerhead, and Kemp’s Ridley—are found at Padre Island National Seashore. It’s also a top spot for windsurfing.

Henry Kinney’s vision was fulfilled in the years beyond his lifetime as Corpus Christi evolved from a smugglers’ cove and frontier trading post into a booming tourist and vacation area, modern commercial buildings, and palm-lined boulevards.