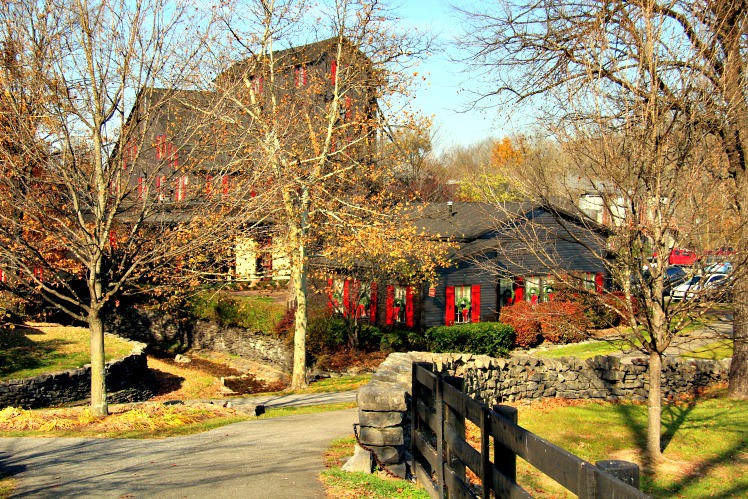 Rand McNally and USA Today called it the “Most Beautiful Small Town in America.” But Bardstown, Kentucky, is much more than just a pretty face.

This “Bourbon Capital of the World” is home to six notable distilleries. Kentucky’s “Official Outdoor Drama,” one of the country’s most highly regarded Civil War museums, and one of the most recognized structures in the world is here at Federal Hill, better known as My Old Kentucky Home.

Whiskey connoisseurs and history buffs probably already know Bardstown, a small town about 45 minutes south of Louisville. Europeans crossed the Appalachians and settled in the area in the 1770s. The town’s charming and walkable downtown area incorporates significant historic features of the time. Bardstown is also home to or within a short drive of a ton of distilleries including some of the biggest names in bourbon. The self-ascribed moniker, “The Bourbon Capital of the World” is pretty accurate. Like a lot of small towns, Bardstown is a rewarding destination. If you’re looking to get away and take it easy for a couple of days or longer or for a home base for your pilgrimage along the Kentucky Bourbon Trail, this is the ideal location.

Your options for lodgings in Bardstown run the gamut from chain hotels to centuries-old establishments and nearby RV parks and campgrounds. Some portions of the original 1779 structure housing The Talbott Inn on Court Square in the heart of downtown are still in use; a larger section dates to 1913. Among other historic figures, the inn and its tavern (now a restaurant and bar called Old Talbott Tavern) hosted Daniel Boone, Abraham Lincoln, and Jesse James.

Of course, you’re bound to get hungry on any road trip. The best road trips are the ones that involve delicious food, am I right? America is full of so many amazing bakeries that it’s impossible to try all of them in a lifetime. Always on the lookout for fresh doughnuts, delicious regional specialties, and amazing cookies and cakes, brings us to Hadorn’s Bakery, a Bardstown institution that comes highly recommended.

Hadorn’s is a third-generation family bakery founded in Louisville in 1935 and has been Bardstown’s family bakery since 1977. From yum yums, one of the local favorites, to fresh doughnuts, seasonal cookies and cakes, and a whole host of others, everything at Hadorn’s is mouthwateringly delicious. If you’re going to have just one, make it a Yum Yum—a sort of cinnamon bun that’s braided instead of rolled, then glazed and topped with streaks of gooey icing.

As you might expect, most bars around town have walls lined with shelf upon shelf of bourbon and most barkeeps are adept at showcasing the local spirit.

Bourbon, as you might know, has developed a cult following that can be kind of intimidating for the uninitiated. Distillery tours are a good way to get up close and personal with the beloved oak-aged liquor. By staying in Bardstown you’re roughly a half-hour drive from Jim Beam, Maker’s Mark, and Four Roses. You’re practically spoiled for choice right in Bardstown, as well: The Barton 1792 distillery is a stone’s throw from downtown, while Lux Row (which produces Rebel Yell, Ezra Brooks, and more), Willett, and the Heaven Hill Bourbon Heritage Center aren’t much farther.

Many of these firms have been distilling for decades or longer. The massive operation at Bardstown Bourbon Company, 10 minutes from downtown, was launched in 2016. They offer a one-hour From Distillate to Barrel Tour in which a knowledgeable guide leads you through a tasting that included fresh distillate (aka moonshine) as well as aged whiskeys.

The tour also takes you through the distilling plant and then out to one of the company’s rickhouses where your guide may thieve (that’s a technical term for dipping with a giant copper straw-like device) some samples from a barrel of BBC’s own bourbon. It’s been aging since 2016 and won’t go to market until next year. (Bardstown Bourbon Company has sold very little whiskey under its own label so far but through its custom distilling program you may have tasted some of their handiwork in what Belle Meade Bourbon and other newer distillers offer while their own whiskey ages.)

In addition to being fun and delivering the mildest hint of a buzz, a distillery tour will leave you with some more tools in your kit for deciding what you truly enjoy in a bourbon rather than going on name reputation.

You can easily fill a week with distillery tours in and around Bardstown. But you could also pay a visit to the Old Bardstown Colonial Village featuring a collection of frontier cabins spread over a verdant park. It’s very close to Museum Row which includes the Women’s Museum of the Civil War.

Located less than a mile from the Old Historic Courthouse, My Old Kentucky Home State Park embodies the antebellum South and was the inspiration for Stephen Foster’s world-famous composition, “My Old Kentucky Home,” Kentucky’s official state song. Guides in period costume tell the story of the esteemed Rowan family who called the plantation home from the late 18th to 19th centuries. During the summer visitors can enjoy America’s favorite outdoor drama, “The Stephen Foster Story,” which features Stephen Foster’s best-known works brought to life by performers in period costumes among beautiful sets.

There’s no trip to Bardstown that’s complete without a visit to the Bernheim Arboretum and Research Forest, and there’s no better time to visit than the morning! Comprised of more than 15,600 acres of protected wildlife, forest, and natural landscapes, the Bernheim property is a virtual must-see. Since its founding in 1929, this sustainable woodland ecosystem has existed as a proven habitat for diversified flora and fauna providing refuge for so many local species. It’s also one of the area’s premier recreational venues, ideal for those individuals who enjoy strolling through nature while taking life at a pace conducive to easy enjoyment.

If you’ve got the time on the way back to the downtown district, stop by the Jim Beam Distillery, unique in its own right as a location that can effectively rival any distillery in the area.