Fall into something different 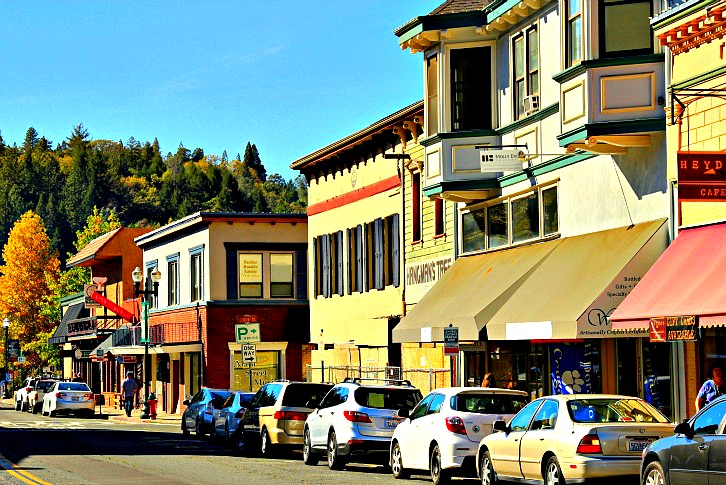 Here comes fall and while some RVers are no doubt lamenting the end of summer there are many reasons to be excited about autumn’s arrival. If you’re looking to take advantage of the season but in need of a bit of inspiration, consider kicking off shoulder season in one of these under-the-radar small towns.

Turn off the main road or cruise up the Rappahannock River from the Chesapeake Bay to the charming and friendly historic Colonial port town of Urbanna. Home of Virginia’s Official Oyster Festival (November), more boats than folks and laid back innkeepers, shopkeepers, chefs, and townspeople. You will see where tons of tobacco were loaded into ships to sail back to Europe and the Famous Mitchell map is displayed at the visitor center located in the James Mills Scottish Factor Store.

For those reminiscing about the warmth and familiarity of an authentic small town, Walterboro provides the perfect opportunity to step back through time. Nature lovers can take advantage of South Carolina’s year-round balmy weather and enjoy the quiet solitude of the ACE Basin and Walterboro Wildlife Sanctuary (formerly Great Swamp Sanctuary) which is accessible from downtown. Visitors are reminded of the town’s early days as a summer retreat—tree-lined streets where quaint homes with broad porches and beautiful churches date to the 18th century. Treasure-hunters love scouring the village’s dozen antique shops, finding everything from high-end antiques to fun vintage souvenirs, or shopping the Colleton Farmers Market for farm-fresh produce and delicious homemade food products.

The name is a Creek Indian word meaning “rumbling waters” describing the sound of the nearby Coosa River. The Coosa River flows through the middle of the city dividing the historic business district from its residential counterpart. Bibb Graves Bridge, a focal point of the City was built in 1937. Proceeding across the Bridge to the largely residential west side discover a number of historic and beautiful homes and churches within a five-block area mainly on Tuskeena Street. On the largely historic business district east side, the Wind Creek Casino overlooks the beautiful Coosa River.

Stowe makes for an enjoyable spring or summer vacation (thanks to its outdoor offerings and events), a fun fall trip (thanks to its kaleidoscopic foliage), and a great winter getaway (thanks to its ski slopes). This quaint Vermont town is set in a valley and backed by mountains which means exploring Mother Nature by foot, bike, ski, or zip line is the top priority for most travelers. When it’s time to wind down, visit one of the area’s breweries.

Tombstone is a notorious, historic boomtown. Originally a mining hotspot, Tombstone was the largest productive silver district in Arizona. However, since that was long ago tapped dry, Tombstone mostly relies on tourism now and capitalizes on its fame for being the site of the Gunfight at the O.K Corral—a showdown between famous lawmen including Wyatt Earp and Doc Holliday and the Clanton brothers. East Allen Street is worth exploring: its boardwalks are lined with shops, saloons, and restaurants. Visit the Cochise County Courthouse and gallows yard which is now a museum.

The year was 1969, and Helen, Georgia, once a thriving lumber town, had fallen into decline. Jobs were scarce and the desolated main street did little to attract the attention of new investors and residents. Just when things were at their bleakest, three local businessmen hatched a scheme to renovate the business district to inject new energy into the town. They called on a local artist who recast the town in a new alpine light and within months many of the old buildings had new German-inspired facades that began to inspire the imagination of tourists. Almost 50 years later, Helen is the third most visited town in the state of Georgia, and yet this little piece of Bavaria in Appalachia is home to little more than 500 residents.

In Berea, you can celebrate Kentucky crafts by visiting dozens of artist’s studios, galleries, and stores. The Folk Arts and Crafts Capital of Kentucky, Berea is ranked among the top art communities in the U. S. Nestled between the Bluegrass region and the foothills of the Cumberland Mountains, Berea offers visitors over 40 arts and crafts shops featuring everything from handmade dulcimers and homemade chocolate to jewelry stores, art galleries, quilt-makers, and even glassblowing studios. Sculptures of mythical beasts, vibrantly painted open hands, and historic architecture are a few of the delights as one wanders the town and college. Berea is a growing, unique, and creative community—a place where it can indeed be said that the—Arts are Alive!

With stunning views from land and water, you will definitely need your camera when you visit Whitehall. Located just outside of the Adirondacks, Whitehall sits on the southern end of Lake Champlain. Its strategic location on the New York-Vermont border allowed the town to become the “birthplace of the US Navy”. Take a trip up to The Skene Manor, affectionately known as “Whitehall’s Castle on the Mountain.” This symbol of turn-of-the-century wealth overlooks the harbor and offers additional views of the region that can be missed at lower elevations.

At its incorporation in 1854, Placerville was the third-largest town in California after San Francisco and Sacramento. Originally named Old Dry Diggins and later in 1849 as Hangtown, Placerville became an important supply center for the surrounding mining camps. Today the town is significantly tamer and its historic Main Street is an antique collector’s dream filled with stores carrying furniture, rusty old mining tools, and other products from bygone eras. Placerville is just minutes from over 50 farms and ranches of the Apple Hill area as well as award-winning wineries.