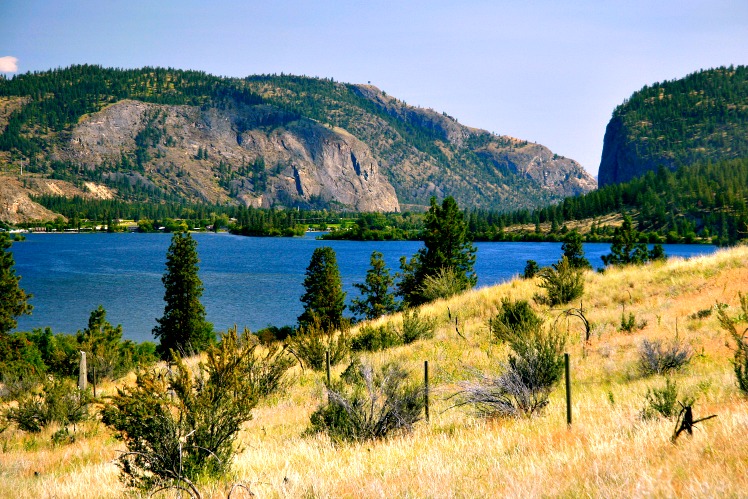 People may often think of deserts as hot places; however, some deserts can be quite cold. We have put together a list of some of the most incredible deserts in the US and Canada proving that they can be diverse places.

The Mojave Desert is in the southwestern United States primarily within southeastern California and southern Nevada and occupies 47,877 square miles. Small areas also extend into southwestern Utah and northwestern Arizona. The Mojave receives less than 2 inches of precipitation every year which makes this desert the driest in North America. The hottest temperature recorded here is 134 degrees.

Across its wide expanse, the Mojave Desert experiences a significant change in elevation. The highest point located here is the Telescope Peak at 11,049 feet above sea level. In contrast, the lowest point is Death Valley, at 282 feet below sea level. One of the most famous features of this desert is the Joshua Tree which is native to the Mojave. The Mojave is also home to the stunning Joshua Tree National Park and Valley of Fire State Park plus many unique towns and museums.

Joshua Tree National Park is an amazingly diverse area of sand dunes, dry lakes, flat valleys, extraordinarily rugged mountains, and oases. Explore the desert scenery, granite monoliths, old mines, and ranches. The park provides an introduction to the variety and complexity of the desert environment and a vivid contrast between the higher Mojave and lower Sonoran deserts that range in elevation from 900 feet to 5,185 feet at Keys View.

The Sonoran Desert covers large parts of the southwestern United States in Arizona and California and northwestern Mexico. It covers an area of around 100,000 square miles bordering the Mojave Desert, the Peninsular Ranges, and the Colorado Plateau. The lowest point in the Sonoran Desert is the Salton Sea which is 226 feet below sea level and has a higher salinity level than the Pacific Ocean. Other sources of water for this desert include the Colorado and Gila Rivers.

The Sonoran Desert is a beautiful landscape brimming with endemic fauna and flora including the Saguaro and Organ Pipe cacti. The Saguaro can reach over 60 feet in height and grows branches from its main trunk resembling human arms. Its flowers are pollinated by bats, bees, and white-winged doves. Instead of growing with one massive trunk like the saguaro, the many branches of the organ pipe rise from a base at the ground. Their fruit, like a saguaro, mature in July and have red pulp and small seeds.

The area is also rich in culture with many Native American tribes calling the area home plus cities such as Phoenix and Tucson. Attractions include national parks such as Saguaro and Organ Pipe, state parks including Anza-Borrego and Lost Dutchman, and wildlife refuges such as the Kofa and Cabeza Prieta.

Saguaro National Park protects and preserves a giant saguaro cactus forest that stretches across the valley floor and mountains.  Saguaro is actually two parks separated by the city of Tucson: the Tucson Mountain District and the Rincon Mountain District.

Organ Pipe Cactus National Monument is a gem tucked away in southern Arizona’s vast the Sonoran Desert. Thanks to its unique crossroads locale, the monument is home to a wide range of specialized plants and animals, including its namesake. This stretch of desert marks the northern range of the organ pipe cactus, a rare species in the U.S. With its multiple stems, the cactus resembles an old-fashioned pipe organ—you can almost hear them serenading the desert.

The Chihuahuan Desert runs between the US and Mexico and is comprised of an area of 139,769 square miles. The majority of this desert is located in Mexico. On the US side, it can be found in Texas, Arizona, and New Mexico.

The Chihuahuan Desert has a unique and ever-changing landscape. Its highest point is measured at 12,139 feet above sea level while its lowest point is at 1,969 feet above sea level but the vast majority of this desert lies at elevations between 3,500 and 5,000 feet. Although an arid desert, it is home to numerous plant and animal species including prickly pear cactus, agave, creosote bush, and yucca. Approximately 800,000 acres of this desert are protected by the Big Bend National Park. The Rio Grande River crosses the Chihuahuan Desert providing a much-needed source of water before emptying into the Gulf of Mexico.

Located in southwest Texas, Big Bend National Park can be wonderfully warm in the winter and unbearably hot in the summer offering year-round access to some of the most beautiful terrain in the state. Big Bend is where the Chihuahuan Desert meets the Chisos Mountains and it’s where you’ll find the Santa Elena Canyon, a limestone cliff canyon carved by the Rio Grande.

The largest gypsum dune field in the world is located at White Sands National Park in southern New Mexico. This region of glistening white dunes is in the northern end of the Chihuahuan Desert within an “internally drained valley” called the Tularosa Basin. Given its arid climate, the temperatures at White Sands vary greatly both throughout the seasons and within a single day. The most comfortable time to visit weather-wise is autumn when daytime temperatures reach the 80s with light winds and cooler evening temperatures in the 50s.

The Great Basin Desert covers an area of around 190,000 square miles making it the largest of the major US deserts. It is considered a temperate desert that experiences hot and dry summers with cold and snowy winters. This effect is in part due to its higher-than-average elevations encompassing Arizona, California, Utah, Oregon, and Idaho. During most of the year, the Great Basin Desert is dry because of the Sierra Nevadas block moisture from the Pacific Ocean. This desert is home to the oldest known living organism in the world, the Bristlecone Pine tree. Some of these trees are estimated to be over 5,000 years old.

The Okanagan Desert is the common name for the semi-arid shrubland located in the southern Okanagan Valley in British Columbia and Washington. It is centered around the city of Osoyoos and is the only semi-arid shrubland in Canada. Part of this ecosystem is referred to as the Nk’mip Desert by the Osoyoos Indian Band though it is identical to the shrublands elsewhere in the region. To the northwest of this area lies arid shrubland near Kamloops.

The countryside is stunning. A ribbon of lakes with sandy beaches threaded between slopes of ponderosa pines, granite cliffs, and vine-covered benchland. The Okanagan Valley is unusual in having been a tourist destination before it was a wine region rather than the other way round.

The Okanagan Valley is the heart of British Columbia’s grape-growing region and boasts more than 130 licensed wineries. An ever-changing panorama, the valley stretches over 150 miles, across distinct sub-regions, each with different soil and climate conditions suited to a range of varietals.

The natural world has many wonders. One of the most remarkable is that of Spotted Lake near Osoyoos. It is a polka-dotted body-of-water that looks so bizarre you could be forgiven for thinking you were on an alien planet. During the summer the lake undergoes a remarkable transformation becoming spotted with different colors and waters that resemble a polka-dot design. This lake is also an important spiritual site for the local First Nation Peoples.