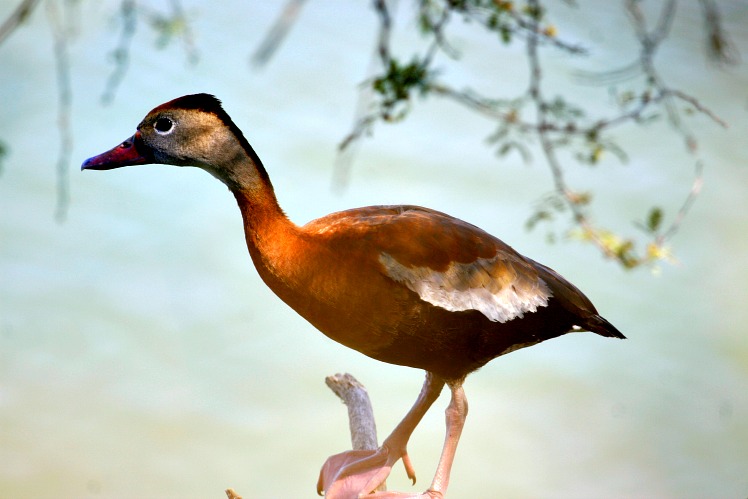 As we travel around the country in our motorhome, I have ample opportunity for bird watching—birding, as many prefer to call it. Regardless of the state, we drive through, there are birding trails and wildlife preserves specifically set aside for looking for our feathered friends.

Of course, there are lots of lovely avian contenders for the most beautiful list. The “beauty” of it is that every time I go afield, I see things differently and have new favorites. After all, Mother Nature has provided us with many stunning treats just waiting to be observed and enjoyed.

Here are the 10 most beautiful birds I’ve observed and photographed during our RV travels.

No problem or hesitation about picking the roseate spoonbill first. One of the most striking birds found in North America, they demand attention and they get it. The roseate spoonbill is a large, visually striking bird, having a pink body with red patches on wings, a white neck, and a flat, spoon-shaped bill. It can often be seen in small groups where they swing their spatula-like bills to and fro searching shallow water for crustaceans. They are often seen perched in trees in swampy areas, foraging in shallow fresh or saltwater, or flying in small groups overhead.

Most flycatchers are drab, but the male vermilion flycatcher is a brilliant exception. It is usually seen perched fairly low in open areas near water, making periodic flights to nab insect prey. As if the male’s bright colors were not advertisement enough, he also displays by puffing up his feathers and fluttering high in the air while singing repeatedly. Fairly common in parts of the southwest and Texas, the vermilion flycatcher is also widespread in Central and South America.

Black-bellied whistling duck is the unofficial official duck of the Rio Grande Valley. The black-bellied whistling duck is a boisterous duck with a brilliant pink bill and an unusual, long-legged silhouette. Also called a Mexican tree duck, watch for noisy flocks of these gaudy ducks in yards, ponds, resacas, and of course, in trees. Listen for them, too—these ducks really do have a whistle for their call.

The remarkable bill of the black skimmer sets it apart from all other American birds. The large orange and black bill is knife-thin and the lower mandible is longer than the upper. The strange, uneven bill of the skimmer has a purpose: the bird flies low, with the long lower mandible plowing the water, snapping the bill shut when it contacts a fish. Strictly coastal, Black skimmers are often seen resting on sandbars and beaches.

One of the most numerous wading birds in Florida, and common elsewhere in the southeast, the white ibis forages by walking slowly in shallow water, the sweeping bill from side to side and probing at the bottom. Foraging sites include marshes, mudflats, flooded pastures, lake edges, mangrove lagoons, grassy fields. Ibis are highly sociable at all seasons, roosting and feeding in flocks, nesting in large colonies.

The tricolored heron is a medium-sized wading bird named for its three main colors: bluish-gray, purple, and white. Its head, back, and wings are a dark bluish-gray. The back of the neck is purple. The belly is white. The tri-color also has a narrow white streak with delicate rust-colored markings down the front of its neck. The tri-colored is more active than the larger herons. This bird does not patiently stand and wait when feeding. It walks through shallow water in a jerky fashion, crouching and darting as it moves along. It lunges then shoots its bill into the water to catch a fish or an aquatic insect.

A resident of dense brushy habitats, the long-billed thrasher is found only in southern Texas and eastern Mexico. There it is a common permanent resident of native woodland and thickets, foraging on the ground under dense cover, often singing from a hidden position within the brush. Uses its long bill to flip dead leaves aside as it rummages in the leaf litter for insects; also will use its bill to dig in soil within an inch of the surface. And it’s often seen perching in shrubs and trees to eat berries.

A large, orange-billed tern, the royal tern is found only along ocean beaches. Common along tropical and subtropical shores, the royal tern is a characteristic sight along the Gulf Coast and southern Atlantic Coast. It forages mostly by hovering over the water and plunging to catch prey just below the surface. Sometimes flies low, skimming the water with the bill; occasionally catches flying fish in the air, or dips to water’s surface to pick up floating refuse.

With its long, earlike tufts, intimidating yellow-eyed stare, and deep hooting voice, the great horned owl is the quintessential owl of storybooks. This powerful predator can take down birds and mammals even larger than itself, but it also dines on daintier fares such as tiny scorpions, mice, and frogs. It’s one of the most common owls in North America, equally at home in deserts, wetlands, forests, grasslands, backyards, cities, and almost any other semi-open habitat between the Arctic and the tropics.

“Long” and “thin” are the best adjectives for describing this elegant black and white shorebird: long neck; thin, needle-like black bill; and long, pink legs. Black-necked stilts have the second-longest legs in proportion to the bodies of any bird—only flamingoes are longer. The Black-necked stilt wades in shallow water as it feeds, probing with its long, thin bill for insects and crustaceans on or near the surface of the water. It finds most of its food visually, picking insects, small crustaceans, and tiny fish from the surface of the water or mud.