Travel through time to a bygone era 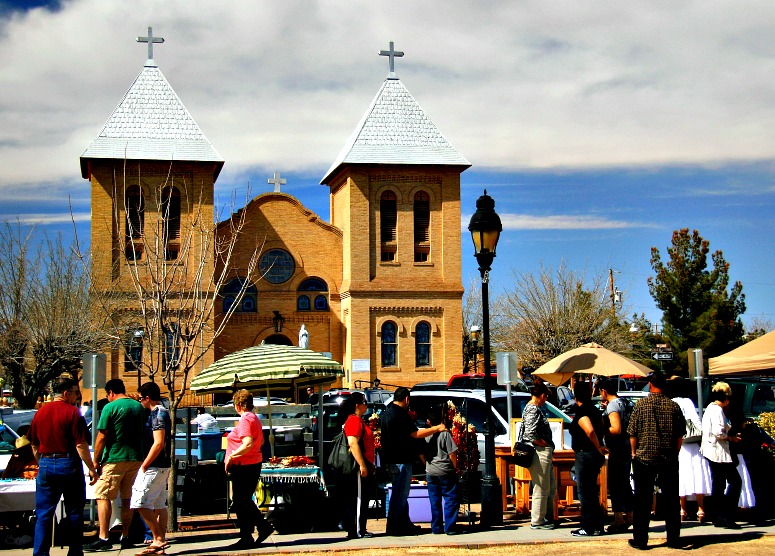 America is full of unique and colorful towns that have stayed true to past customs and lifestyles. The next time you have the urge to escape the modern, fast-paced cities, consider these eight wonderful towns scattered across the country.

Live out all of your Wild West dreams in Tombstone, the location of the infamous Gunfight at the O.K. Corral. Cowboys, cowgirls, and wannabes fill up the town’s saloons and the O.K. Corral museum puts on reenactments of Wyatt Earp’s 1881 shootout. The buildings are so well maintained and the townsfolk so authentic that at times it’s easy to think you’ve landed on a John Wayne movie set.

The Amish are the masters of clinging to their roots and there are more than 50 thriving Amish communities spread throughout Pennsylvania. Lancaster County is home to the country’s oldest and largest community. Expect to see horse-drawn carriages trundling past lush green pastures dotted with windmills. Witness the simple lifestyle of the Amish, their iconic plain attire, and their reluctance to embrace modern technological advances.

Step back in time to one of the oldest and most unique settlements of southern New Mexico. Mesilla has been a part of Spain, Mexico, the Republic of Texas, the Confederacy, and finally the United States.  Mesilla has a rich history filled with prehistoric cultures, Spanish explorers, Apache raids, the civil war, and the Wild West. Pancho Villa and Billy the Kid walked the streets.  The famous trial of Billy the Kid was held here and the Democrats and Republicans had a bloody showdown on the plaza. Many residents are direct descendants of the original settlers.  Today Mesilla is a part of living history.  Great care has been given to preserving the original adobe buildings and the beautiful plaza.

When in Williamsburg, head to the Colonial Williamsburg Historic Area to be transported to an American Revolution-era town. You’ll encounter men dressed in red coats and carrying muskets and people trotting past elegant brick buildings via horse and carriage. You’ll see tradespeople carrying out apothecary, bindery, and blacksmithing tasks. You can even join in 18th-century games on a village green.

Historic Midway was the first town in Kentucky founded by a railroad. Electricity was introduced in 1911. During the railroad’s heyday, the 1930s and 40s, up to 30 trains a day rumbled through the middle of town. Revitalization and rebirth began in the mid-1970s when several antique shops and galleries were established. In 1978, 176 buildings in Midway were placed on the National Register of Historic Places. Now, Historic Midway once again thrives and enjoys its present reputation as one of Kentucky’s favorite spots for antiques, crafts, gifts, restaurants, and clothing.

Bisbee is a mining town or was. Like many mining towns, it is situated up against a steep hill. Walking the streets of Bisbee is a journey back to the late 19th and early 20th centuries. Just exploring the shops, restaurants, galleries, and other establishments housed in these fine old buildings is a pleasant way to spend a morning or afternoon. The primary historic district includes Main Street, Brewery Gulch, OK Street, Tombstone Canyon, and much of the surrounding hillsides.

After the discovery of gold within the mineral-rich region of the Black Hills, Keystone became a busy mining hub. It wasn’t long before Keystone began to boom, reaching over 2,000 people. In the early 1900s, the railroad reached Keystone, and with the railroad came further development of the area, mines, and community. Although many mining towns appeared throughout the nation with the discovery of gold and minerals, few have lasted the test of time like Keystone.

Nearly 670 residents call Shipshewana home, and many of the two million annual visitors wish that they, too, could call it home. Locals hold their heritage close to their hearts while visitors admire and even long for this simpler way of life. The Shipshewana area is celebrated for being home to the third-largest Amish community in the United States, for having the Midwest’s largest flea market, and for its reputation of hand-crafted wares.

Related: A Window into a Unique World: Amish Life along the Heritage Trail