When you stay in a RV park for more than a few days, you get to know your neighbors. Or do you? 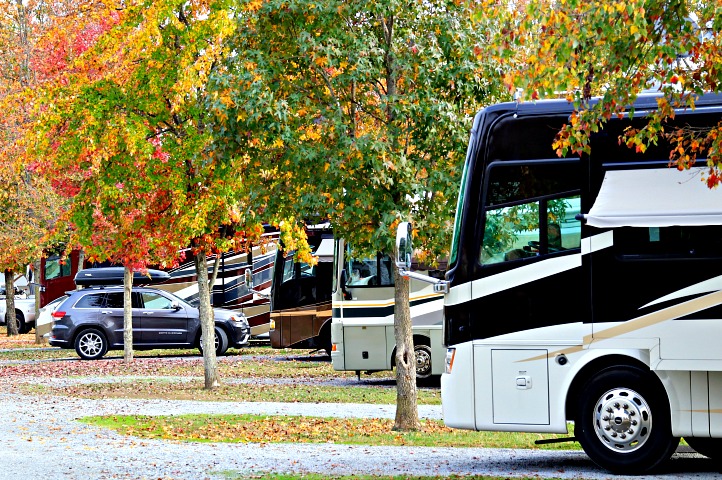 The local police arrived at Zuni Village RV Park in central Kingman (Arizona) to tell stunned residents that they needed to get out—fast. Experts arrived with a robot to search Glenn Jones’ motorhome after connecting Jones to two bomb blasts that occurred 24-hours earlier in the small rural town of Panaca (Nevada), leaving one dead.

Once inside the RV, the bomb squad found and detonated numerous improvised explosive devices. They also removed 40 pounds of bomb-making materials kept inside the RV. Jones’ nearby storage unit may have also contained bomb-building ingredients.

During the scene processing, 10 of the IEDs were rendered safe in a vacant field just west of the RV park. The remaining five, larger, IEDs were removed to be detonated at another location.

Later that day, Jones’ motorhome was towed away from Zuni Village RV Park; the park’s 100 residents were allowed back the next day.

According to the Associated Press, the 59-year-old man targeted the house because it belonged to two former co-workers. He drove a rented car to Panaca and detonated two bombs and fatally shot himself in the head before the blasts erupted.

Back at Zuni Village, Jones was known as a quiet man who even cared for the elderly mother of another park resident. Although he had only been a resident of the RV park for six months, he apparently gave subtle clues to neighbors that something was amiss. In the months leading up to the bomb explosions, he told neighbors he was angry with his former employer, admitted to being severely depressed, and suddenly gave away hundreds of dollars to a neighbor.

According to park neighbors, Jones:

“…had a fascination with shells and all things military”

“quiet and courteous but tormented”

Related: Consider Your Needs When Choosing RV Parks and Campgrounds

Nobody could have predicted that he was making bombs inside his RV and putting his neighbors at risk. According to the American Psychiatric Association, Jones’ behaviors that neighbors described were classic signs of mental illness.

Incidents such as the Kingman bomb scare can happen anywhere. Dangerous people in RV parks are no different than those living in traditional neighborhoods.

The best way to avoid any hazard is to be alert to your surroundings, stay out of areas that seem like trouble spots, watch for odd behaviors, and if something doesn’t feel right, turn the key and leave.

Be cautious of rest areas and choose your campgrounds and RV parks carefully.

Keep your eyes open, follow your instincts, and don’t overnight in rest areas or other questionable locations.

In general terms, RVing is a safe way to travel. Most campgrounds don’t attract a notorious criminal element.

However, the fastest way to become a statistic of a criminal act is to think it can’t happen to you. The first rule in avoiding crime is to accept that crime does indeed exist and that you are not immune.

Get in the habit of locking your rig every time you leave. This RV lockdown should include securing exterior storage compartments and windows as well.

Close blinds and shades to make “casing the joint” a tougher task. Another perk? Shades keep the sun off the fabrics which reduces fading.

The choice of the RV park itself is also important. Question management about security. Do they have nightly patrols? Is the park well lit? How hard is it for non-guests to come and go?

Every city has its bad parts of town. Avoid these. Lose that wide-eyed touristy look and stay alert to your surroundings.

Stay safe wherever you are and find time to enjoy each day!