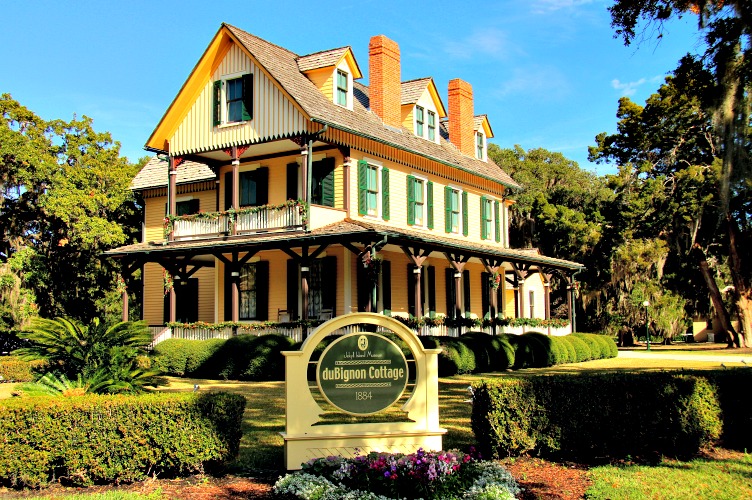 As we travel around the United States, we observe fantastic buildings that adorn the country’s cities and towns. These incredible structures all have a story to tell and have been built to honor culture, challenge mankind’s abilities, and represent a time and place that is meaningful to its residents.

You learn a lot about a society from its buildings. Are they beautiful? Do they serve the people who live in them? Do they last? You could ask the same questions of civilization.

By those measures, the British Empire fares well. The English, like them or not, planted pretty buildings around the world. It may be the most unusual thing they did. Certainly, no one has done it since. Not only are these buildings interesting to look at, but they’re also full of fascinating history. Most cities (including Washington) haven’t constructed a graceful building in over 50 years. It makes me wonder about our civilization.

We’ve rounded up the most interesting structures in a variety of states. Let’s take a cross-country road trip as we explore nine of the coolest buildings in America.

Arizona – Chapel of the Holy Cross

This cool chapel was designed by one of Frank Lloyd Wright’s students—Marguerite Brunswig Staude. The Chapel of the Holy Cross is 4 miles south of Sedona. It juts out from the colorful red cliffs and the large stained-glass windows overlook the Verde Valley.

The Club officially opened in 1888, quickly becoming a retreat for families that represented one-sixth of the world’s wealth including the Vanderbilts, Morgans, Pulitzers, and Rockefellers. Over time the Clubhouse with its elegant spire expanded to include the Annex and accommodations for the Member’s Guests, or “Strangers” as they were affectionately called, and a few Members even built their own Cottage.

A historic Berea hotel, Boone Tavern was built in 1909 at the suggestion of Nellie Frost, the wife of the College president, William G. Frost. Boone Tavern Hotel—named for Appalachian hero Daniel Boone—has been hosting visitors of Berea ever since including the Dalai Lama, Henry Ford, President Calvin Coolidge, Eleanor Roosevelt, Maya Angelou, and Robert Frost.

The Cathedral of Saint Helena was modeled by architect A.O. Von Herbulis after Vienna’s neo-Gothic church, Votivkirche. Construction began in 1908 and the church held its first mass in 1914. The impressive spires rise 230 feet above the street and can be seen from all parts of Helena. The stained-glass windows were made in Bavaria and shipped to Helena.

The visitor is drawn to Loretto Chapel to see the spiral staircase that leads to the choir loft. The chapel’s small-sized made access to the loft possible only by ladder. When none of the local carpenters could build a staircase that wouldn’t encroach on the limited floor space, the Sisters prayed to St. Joseph, the patron saint of carpenters.

Soon a mysterious stranger arrived, looking for work, and built an elegant spiral staircase. The staircase—with two 360-degree turns, no visible means of support, and without the benefit of nails—has been called the Miraculous Staircase.

By any standard, past or present, this property—with a magnificent view of the Hudson River and the Catskill Mountains—would be considered prime real estate. A series of fine homes have stood on the tract since about 1764, and in 1847 the estate was called “one of the finest specimens of the modern style of Landscape Gardening in America.”

Related: 7 of the Most Visited National Historic Sites (NHS) in America

Such superlatives attracted the attention of Frederick Vanderbilt, the grandson of Cornelius “Commodore” Vanderbilt, who had built a fortune from shipping, ferries, and the New York Central Railroad. One of Frederick’s brothers, George Washington Vanderbilt, is perhaps best-known for his Biltmore Estate near Ashville, North Carolina. The Vanderbilts were known as the richest—and the most powerful—family in America in the late 1800s.

The World’s Only Corn Palace or the Mitchell Corn Palace is a quirky, but cool multi-purpose arena in Mitchell. It was built in the Moorish Revival style and is adorned with crop art made from corn and other grain that features a constantly-evolving design.

If you visit Texas, expect to see a lot of missions. But if you want to see the coolest one, check out the “queen” of all the San Antonio missions—Mission San Jose. Once the heart of a vibrant Spanish community founded in the early 18th century, San Jose attracted people from all over the area. The church, which still stands, was built in 1768.

New Hampshire – Castle in the Clouds

Built on a mountainside overlooking New Hampshire’s Lakes Region, the Moultonborough mansion originally named Lucknow has aptly been called Castle in the Clouds since it opened to the public in 1957. The beautiful Arts and Crafts–style home was built in 1913 as the luxury Ossipee Mountain retreat of Thomas Plant, a millionaire shoe-manufacturing mogul.

There doesn’t seem to be a shortage of mega-mansions in Newport. The coolest of the over-the-top palatial “summer cottages” is the Breakers. This home symbolizes the social and financial preeminence of the Vanderbilt family who built the mansion.

Related: Jacksonville: The Historic Small Town That Never Gets Old

Architects were tasked with designing an Italian Renaissance-style palace inspired by the 16th-century palazzos of Genoa and Turin. The manor was completed in 1895 and after the death of the last remaining Vanderbilt associated with the Breakers, it’s now in the hands of the Preservation Society and is the most visited attraction in Rhode Island.