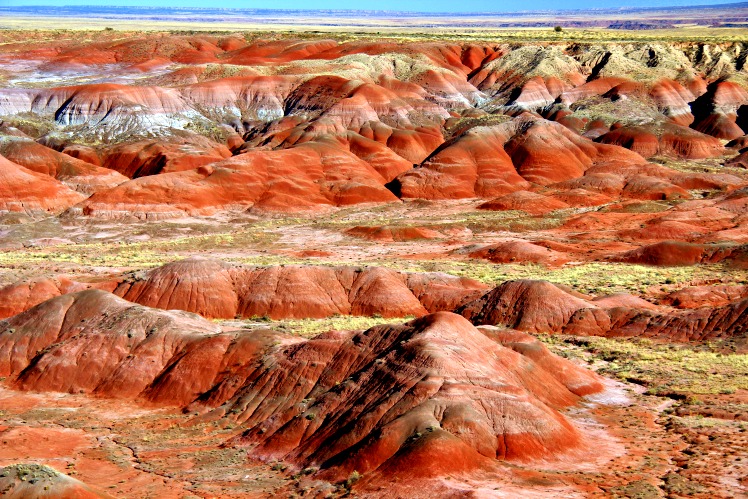 Driving around Arizona, the sixth largest state in the US, it’s easy to feel like you’ve been transported into the middle of nowhere, or even onto another planet—in one moment you’re surrounded by rocky red buttes, the next saguaro-speckled desert-scapes and then, ponderosa forests.

Arizona is what road-trip daydreams are made of. But this is a destination that also richly rewards those who linger a little and set off on foot to explore spectacular hiking trails and quirky desert towns.

A trip to the Grand Canyon in the northwest of the state is an adventure no traveler can forget. The Colorado River snakes through a vast gorge that plummets to depths of more than 5,200 feet and is 18 miles across at its widest.

Sheer cliffs rise on either side of a flat-bottomed, sandy ravine, an area created much the way uplift and water formed the Grand Canyon. Though only a fraction of the Grand Canyon’s size and majesty, Canyon de Chelly offers more than a rugged landscape. Native Americans have worked and lived there for thousands of years and today Navajo people still call it home. Canyon de Chelly’s blend of landscape and cultural heritage allows a glimpse at an area originally inhabited 4,000 years ago and which still sustains people today.

Petrified Forest National Park is a surprising land of scenic wonders and fascinating science. The park contains one of the world’s largest and most colorful concentrations of petrified wood, multi-hued badlands of the Chinle Formation, portions of the Painted Desert, historic structures, archeological sites, and displays of 225-million-year-old fossils.

Located in the ‘heart’ of Arizona, the Verde Valley is ideally situated above the heat of the desert and below the cold of Arizona’s high country. The Spanish word verde means “green” so the name may seem like a misnomer for arid Arizona. The valley encompasses red rock formations and lush canyons fed by the Verde River.

Related: What Makes Arizona Such a Hotspot for Snowbirds?

In the shadows of Mingus Mountain and in the heart of the Verde Valley, Cottonwood offers a distinctive historic district lined with shops and restaurants on its Main Street. History is alive in nearby Clarkdale whose homes and buildings still reflect its early copper smelting heritage. Four specialized museums focus on Native American cultures, international copper art, and local railroad and town history.

Ninety minutes south explore the Superstitions Wilderness Area with dramatic views along the Peralta Canyon Trail and the Pass Mountain Trail. The Peralta Canyon Trail is one of the most popular hikes in the Superstition Wilderness outside of Phoenix and for good reason. This hike is one of the gateways into the 160,000-acre wilderness and offers spectacular scenery for the day hiker.

Tucson is home to the nation’s largest cacti. The giant saguaro is the universal symbol of the American West. These majestic plants found only in a small portion of the United States are protected by Saguaro National Park to the east and west of Tucson. Here you have an opportunity to see these enormous cacti silhouetted by the beauty of a magnificent desert sunset.

Although it’s called a museum, the Arizona-Sonora Desert Museum—about 15 miles west of downtown Tucson—is more of a zoo. In fact, 85 percent of what you’ll experience is outdoors (so dress accordingly). The facility’s 98 acres host 230 animal species—including prairie dogs, coyotes, and a mountain lion—and 1,200 local plant species (totaling 56,000 individual plants). Walking through the museum’s trails, visitors get acquainted with desert life.

And as well as the outdoor splendors, Arizona has many ways to reward you for a day’s adventure, with luxurious resorts/ spas, top restaurants, and an increasingly exciting wine scene.