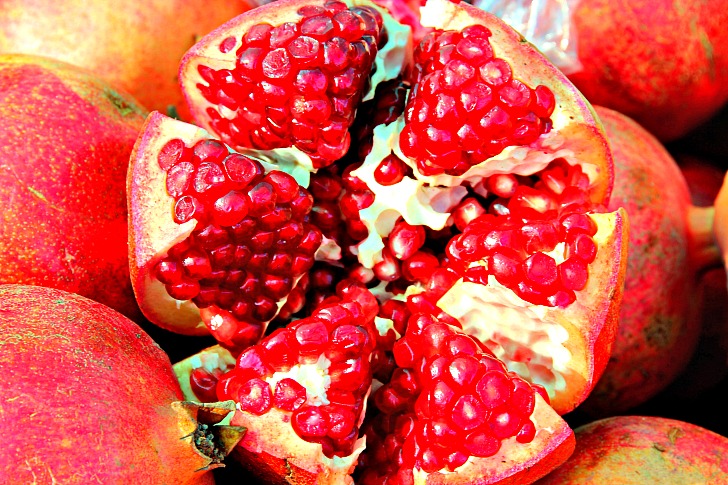 We’re about to enter the hustle and bustle of the holiday season with Thanksgiving this weekend and Christmas right around the corner. When we think of these two holidays, the meal often shared with family is what comes to mind.

But, shopping for sweet potatoes in some grocery stores can be a puzzling experience. These commonly seen orange tubers we know as sweet potatoes are occasionally labeled as yams.

You might be thinking, “But I see yams at my grocery store all the time”…and you’d be right that they’re labeled that way. But this label is deceiving.

You can find sweet potatoes at just about any grocery store. However, in North America and Europe, you will only find true yams stocked at international and specialty markets.

Sweet potato or yam? That is the question.

Yams in the U.S. are actually sweet potatoes with a relatively moist texture and orange flesh. Yams and sweet potatoes are botanically unrelated. Yams are part of the Dioscoreaceae or Yam family, closely related to grasses and lilies, and originate in Asia and Africa. The edible roots vary in size from a half-pound to a record 130 pounds. There are over 600 varieties of yams and 95 percent of these crops are grown in Africa.

Sweet Potatoes (Ipomoea batatas) are from the Convolvulaceae or morning glory family. Their colors may be white, yellow, orange, reddish-orange, and even purple, both firm and soft varieties.

Despite the shared name, sweet potatoes are only distantly related to the potatoes used to make French fries or potato chips. Non-sweet potatoes (including red, white, and Yukon gold varieties) are part of the edible nightshade family. Other members include tomatoes, tomatillos, eggplants, peppers, pimentos, and Goji berries.

Aside from growing similarly and looking alike, sweet potatoes and yams are often confused as the same vegetable. A true yam is a starchy edible root and imported to America from the Caribbean or Africa. Unfortunately, I can find none that are produced in North America.

Columbus brought sweet potatoes back to Spain, introducing them to the taste buds and gardens of Europe. Europeans referred to the sweet potato as the potato which often leads to confusion when searching for old sweet potato recipes. It wasn’t until after the 1740s that the term sweet potato began to be used by American colonists to distinguish it from the white (Irish) potato.

Related: Thanksgiving Road Trip: See the Best of Arizona in these 8 Places

The word yam is of West African origin. Two languages spoken there have similar versions of the word. In Fulani, the word is nyami and it means “to eat.”

When colonists brought the sweet potato to North America, the Portuguese changed the word to inhame; the Spanish changed it to iñame; both are presumed derivations of the African words for yams due to their similar appearance. Its first usage in English was igname. By the mid-1600s, the English spelling had changed to y-a-m.

Wherever and whenever they originated, and however they have traveled the globe, I’m incredibly thankful that most of us have sweet potatoes in our lives today especially as we approach Thanksgiving.

The yam is a major food source for millions of people in tropical and subtropical regions especially in West and Central Africa where at least 60 million people depend on it. More than 96 percent of the world’s production is grown in West Africa. However, 41 species of wild yams are becoming endangered and research is ongoing on how to preserve these essential plants.

According to its latest publication, the IUCN (International Union for Conservation of Nature) Red List of Threatened Species, these species are principally those in the genus that are only found in Madagascar and southern Africa.

Yams are an important food in Madagascar. They are usually eaten boiled and provide an important source of carbohydrates, fiber, potassium, and a range of micronutrients. While cultivated varieties are available, much of Madagascar’s rural community opt for eating wild yams.

Worldwide sweet potato production and consumption are huge. All around the world people eat and use this food, its plant leaves, and roots. With a vast array of uses, sweet potatoes are among the world’s most important food crops. Annually, more than 130,000,000 tons (that’s 260,000,000,000 pounds) are produced around the world.

Sweet potatoes are primarily grown in tropical to subtropical regions since they prefer a daytime temperature of 75 degrees and warm nights. Sweet potatoes rank among the world’s seven most important food crops (along with wheat, rice, maize, potato, barley, and cassava). In over 50 countries, it’s one of the top five food crops grown with China producing over 90 percent of the total.

Related: There Is No Winter like a Desert Winter in the Valley of the Sun

Asia’s crop is used for both human consumption and animal feed. Yearly, China uses over 60,000,000,000 pounds of plant leaves as feed for pig stocks.

While most supermarkets carry one or two different types of sweet potatoes, about 25 varieties are available in the United States. And I was amazed to discover that this represents only a tiny fraction of the total diversity of sweet potatoes.

The sweet potato geeks of the world may be fascinated to know that the International Potato Center in Peru maintains a gene bank consisting of over 6,500 varieties of sweet potato. I don’t know about you, but personally, I wish I could try them all!

Sweet potato varieties range in color from dark red to brown to purple to orange-yellow to white. They also have different tastes, sizes, shapes, and textures.

Here are just a few of the most popular types of sweet potatoes:

Garnet, Jewel, and Beauregard sweet potatoes have reddish-orange skin and deep orange flesh. These are often the ones masquerading as yams at mainstream grocery stores. Who knew sweet potatoes could be so sneaky?

White sweet potatoes are crumbly with white flesh and golden brown skin. They don’t contain as many antioxidants as orange varieties.

Okinawan sweet potatoes are also known as purple sweet potatoes because of their high anthocyanin content. Anthocyanins are the pigments that give red, blue, and violet plant foods their beautiful colors. Anthocyanins are also what give Okinawan potatoes 150 percent more antioxidant power than blueberries. Despite their name, Okinawan potatoes are actually native to the Americas. They were brought over to Japan sometime in the 16th century where they grow well and have become a staple in Japanese dishes. In North America, you will most likely find true purple sweet potatoes in an Asian supermarket.

Japanese or Satsumaimo sweet potatoes are known for being sweeter than most other types. This is especially true when they start caramelizing in the oven.

They get their orange color from beta-carotene, which is a pigment and antioxidant. Sweet potatoes also contain a modest but helpful amount of protein—around four grams per cup when cooked.

When compared to white potatoes, sweet potatoes offer more vitamins and antioxidants. Surprisingly, considering their sweeter taste, they also have a mildly lower glycemic index score. This makes them slower to digest.

But the greatest sweet potato nutritional glory of all may be its rich supply of vitamin A. A single sweet potato offers over double the daily value for vitamin A.

Next time you shop for sweet potatoes, here are a few things to keep in mind. When you pick one up, take a close look at its skin (no, you don’t have to pack your magnifying glass). It should all be mostly the same color without visible signs of decay or cracking. Give it a little squeeze. You don’t want your sweet potato to be squishy anywhere, as this could indicate rotting.

When you get your sweet potatoes home, make them a nice place to rest in a basket on your countertop or pantry. You should keep them dry and cool (room temperature, not refrigerated).

Typically, you should use sweet potatoes within a few weeks of purchase.

Sweet potatoes are affordable, easy to use and store, and available in many parts of the world all year long. Sounds pretty sweet to me!

I don’t think; therefore, I yam!