Did your favorite Southern California experience make the list? 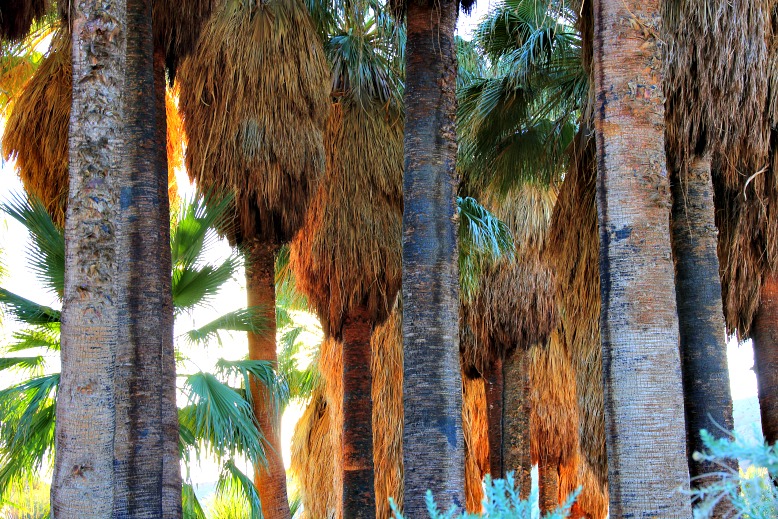 Home to so many large urban centers, Southern California is also incredibly rich in diverse ecosystems that range from deserts to mountaintops. Small charming towns provide a wonderful, relaxing destination in their own right while national and state parks offer active recreation but also an opportunity to get close to the natural world.

Located in the heart of the Sonoran Desert, Palm Springs is known for its healing hot springs, luxury hotels, world-class golf courses, and pampering spas. Palm Springs has a number of great mid-century modern architecture examples especially in its downtown shopping district on Palm Canyon Drive.

Just outside the city is Coachella Valley with excellent trails for biking, hiking, and horseback riding. Take the Palm Springs Aerial Tramway to the top of San Jacinto Peak for spectacular views of the city. Visit the Living Desert Zoo and Gardens to see what thrives in the sparse desert ecosystem. Enjoy the 1938 Palm Springs Art Museum to learn about regional art, performing arts, and natural science.

Julian is a charming historic town and a popular mountain getaway in the scenic Cuyamaca Mountains. Julian was in the heart of the only San Diego gold rush when gold was found in a local creek in early 1870. The gold rush did not last long but many miners stayed to farm the rich land. Many remnants from the gold rush era are still standing and visitors can travel back in time by visiting the historic 1870 buildings.

Related: Out and About In Southern California

Gold made Julian, but apples made Julian famous. Its legendary crop won first prize at two World’s Fairs and is still the reason many visitors flock to this mountain town. No trip to Julian would be complete without digging into a slice of the town’s famed apple pie.

Located in the heart of Temecula, the Old Town district is a unique blend of historic buildings, shops, restaurants, museums, hotels, weekly farmers’ markets, and special events in one walkable area. History buffs can wander the streets viewing rustic buildings, sidewalks, and storefronts reminiscent of the historic golden west in the 1880s. Take a step back in time and stroll along the wooden boardwalks past rustic western-era buildings, antique shops, and specialty boutiques.

Cabot’s Pueblo Museum is a house museum in Desert Hot Springs. A large, Hopi-style pueblo was built in the Pueblo revival style by homesteader and adventurer Cabot Abram Yerxa in the early 20th century. The four-story 5,000-square-foot house was entirely hand-made from found and reclaimed objects and has 35 rooms, 65 doors, and 150 windows.

The house museum is a fascinating portrait of the life adventures of Cabot Yerxa and his family. It includes many household artifacts collected during their adventures through the Dakota Territory, Mexico, Alaska, Cuba, France, California, and the Southwest. There are also many artworks from Alaska Native and Native American cultures as well as curious memorabilia of desert homesteaders’ life.

Joshua Tree National Park has two distinct desert ecosystems, the high Mojave Desert and the lower Colorado Desert. It is home to an incredible diversity of plants and is characterized by stark, empty desert landscapes and rugged and colorful rock formations.

The park got its name for one of the most common trees in the region: The twisted, strange-looking, bristly Joshua tree. The incredible beauty and strange energy of the place have long attracted painters, musicians, and other artistic types.

Today, the park offers all kinds of adventures, from exploring the Indian Cove Nature Trail to rock climbing at Echo Cove or any of over 8,000 climbs and 400 rock formations to strolling through the magical Cholla Cactus Garden.

More than 500 miles of roads run through the park, over rocky hills, deep sands, cool streams, and steep hills, some requiring an off-road vehicle. The park includes some of the warmest temperatures in the country as well as rich 6,000-year-old archaeological findings. Visiting the park in the spring will award visitors with a spectacular mosaic of wildflowers. The park is home to many animals including mountain lions, coyotes, and bighorn sheep.

As a US congressman from California, Sonny Bono fought for funding to save the Salton Sea which suffers from water depletion, pollution, and too much salinity. The refuge was established in 1930 as a breeding ground for birds and wild animals and was renamed to honor Bono after he died in a skiing accident in 1998.

Related: Spotlight on California: Most Beautiful Places to Visit

Over 400 bird species, 41 species of mammals, 18 species of reptiles, four species of amphibians, and 15 species of fish have been recorded on the refuge. The refuge features a visitor center, an observation tower, and a trail that climbs to the top of a small inactive volcano—two miles out and back.

For many visitors, the Temecula Valley Wine Country is a surprise. After all, a lot of people just don’t expect to see gently rolling hills blanketed with rows of vineyards in Southern California. But the Temecula Valley has been producing top wines since the 1970s. And like the best vintages, this wine country just gets better with age.

It’s a diverse growing region, home to everything from cooler climate grapes like Chardonnay to such warm-weather loving varieties as Syrah and Grenache. The tasting experience is varied, too. Visit posh wineries with lavish restaurants overlooking the vines and summer concerts featuring top performers.

There are also several other palm oases including the Willis, Hidden Horseshoe, and Indian Palms. Located in the center is the Paul Wilhelm Grove which is also the location of the Preserve’s visitor’s center. The preserve has several hiking trails including the McCallum, Hidden Palms, Moon Country, Pushawalla Palms, and Willis Palms.

Monsters in the Desert

The desert landscape near Borrego Springs has been changed forever by the appearance of prehistoric creatures that pop up alongside the roadside. The original steel welded sculptors, the craft of artist/welder Ricardo Breceda, began arriving in April 2008 on Dennis Avery’s private parcel of land known as Galleta Meadows Estate.

There are now over 130 meticulously crafted metal sculptures sprinkled throughout the small town of Borrego Springs. Elephants, raptors, mammoths, sloths, and saber-toothed tigers prowl the desert off Borrego Springs Road north and south of the town proper. From ground-hugging desert tortoises to rearing horses, each rust-colored sculpture is filled with intricate detail–from the curling eyelashes of 10-foot high elephants to the shaved metal fur of the equally imposing sloths.