RV snowbirds have turned this Arizona town into a yearly destination 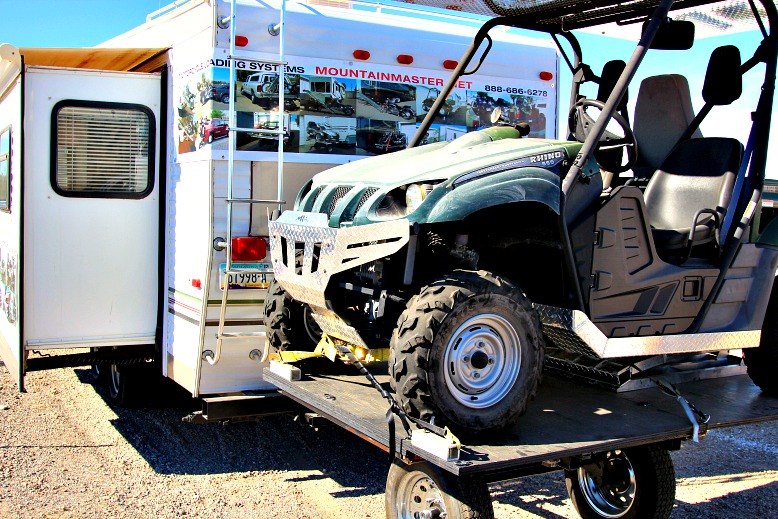 Based on a 2017 book by Jessica Bruder, Nomadland follows the journey of Fern, a 61-year-old woman who turns to van life after she loses everything in the wake of the 2008 recession. While Fern is a fictional character played by actress Frances McDormand, the places she visits and many of the people she meets exist in real life. Quartzsite, Arizona, is one of the main filming locations for the Golden Globe best picture and a real-life nomads’ stomping ground.

Director Chloe Zhao called Quartzsite “one of the wildest towns” she’s ever been to in a recent interview with Conde Nast Traveler. It’s “the place that nomads gather once a year—you really want to see what it’s like. It’s special,” Zhao said.

“Now, if you go every winter, you have the largest gem and mineral show in the country and also one of the largest RV shows. You could be walking into a store that has an ocean of gemstones. Those stores are just everywhere in Quartzsite,” she added.

“Quartzsite, Arizona, is a town and a meeting place,” traveler Thomas Farley wrote in Rock & Gem magazine in 2017. “In winter it is a gathering of the clan for recreational vehicle snowbirds, flea market enthusiasts, ham radio operators, off-road motorists, geo-cachers, and rockhounds.”

Related: Matching Your Snowbirds Destinations with Your Lifestyle

From the purported largest RV gathering in the world to gem and mineral shows to a man known as the naked bookseller, here is the real-life story of Quartzsite.

Quartzsite is a small town in the Sonoran Desert 130 miles west of Phoenix on Interstate 10 with a permanent population of roughly 3,700 people. Quartzsite has a classic low desert climate with extremely low relative humidity and very high summer temperatures. On average, it receives less than 4 inches of precipitation a year. Stores, shops, restaurants, theaters, and homes are air-conditioned year-round in Quartzsite. June, July, August, and September temperatures are in the 100 plus ranges.

Each winter, Quartzsite attracts more than a million visitors. It’s particularly popular with RV snowbirds that flock to its trade shows, numerous RV parks, and boondocking areas on federal lands surrounding the town. The term boondocking, also known to RV enthusiasts as dispersed camping, dry camping, or coyote camping, is used to describe camping in the midst of nature without the use of commercial campgrounds and hookups.

Many RV groupings resemble old wagon train circles, others are in rectangular camps, and still, other vehicles are parked solo. Numerous flags flutter high above the little settlements and handwritten signs point the direction to RV cadres, some with quirky names. Of course, regular RV parks are in town, too, as are several Bureau of Land Management (BLM) locations. But it appears that most people prefer to find an open space somewhere and just settle in.

In 1856, settler Charles Tyson built a fort at the present site of Quartzsite to protect his water supply from attacks by Native Americans. Fort Tyson soon became a stopover on the Ehrenburg-to-Prescott stagecoach route eventually becoming known as Tyson’s Wells. After the stage stopped running, it became a ghost town.

Related: The Snowbirds Have Landed

A small mining boom revitalized the town and it became known as Quartzsite in 1897. It remained a mining town until 1965 when the Pow Wow Rock, Gem & Mineral Show initiated the rockhound winter migration to Quartzsite each year. Quartzsite has become a mecca to visitors and exhibitors for rocks, gems, mineral specimens, and fossils during the town’s famous two-month-long gem show and swap meet every January and February. From its humble beginnings, the now-massive Quartzsite show has grown to RV-epic proportions with vendors offering everything under the Quartzsite sun.

What brings so many RVers to Quartzsite? A combination of warm winter weather and good marketing!

During those months, Quartzsite hosts a variety of sales shows. They attract RVers who are searching for a destination, have some (or lots) of change rattling in their pockets, or simply enjoy looking at stuff. What started as a small-town mineral show in the late ’60s has developed into a phenomenon that peaks in January by bringing more than 1 million people to the town of Quartzsite where a huge RV show greets them.

The 2022 Quartzsite Sports, Vacation, and RV Show (called “The Big Tent”) will run from January 22-30. In 39 years, the event has evolved into the largest consumer RV show in the US. The show is heaven on earth for RVers. It’s a ton of fun with hundreds of exhibits, live shows, bargain products, and fellow RV enthusiasts. The fact that the desert is gorgeous and the temperature is in the low-to-mid 70s in mid-January doesn’t hurt either!

Quartzsite is a popular destination for snowbirds on its own but many come for a week or two during the RV Show. When the gates open on the first day, people are lined up for a quarter-mile at each of the two main entrances to get in. It fills the tent and creates gridlock.

If you’re an RVer, Quartzsite in January is on your bucket list.

Quartzsite is a phenomenon, a gathering place.