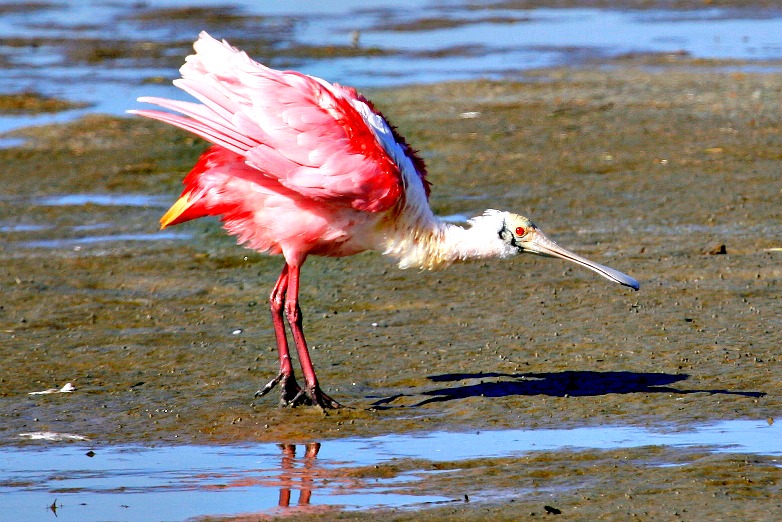 Whoever came up with the phrase “beauty is in the eye of the beholder” was quite a diplomat but I had to throw diplomacy out the window when selecting my 10 favorite and most beautiful birds. Just think, Texas has nearly 640 species, and only 10 of them, or less than 2 percent, could make the cut!

As a photographer and lover of nature, I enjoy all birds. If diplomacy was my only consideration, I’d give the honor to all Texas birds and call it a 639-way tie.

Of course, there are lots of lovely avian contenders for the most beautiful list. The “beauty” of it is that every year we winter in Texas I see things differently and have new favorites. After all, Mother Nature has provided us with many stunning treats just waiting to be observed and enjoyed.

Related: The 10 Most Beautiful Birds

Without further ado, here are my 10 favorite—in my opinion—most beautiful birds in Texas.

No problem or hesitation about picking the roseate spoonbill first. One of the most striking birds found in North America, they demand attention and they get it. The roseate spoonbill is a large, visually striking bird, having a pink body with red patches on wings, a white neck, and a flat, spoon-shaped bill. It can often be seen in small groups where they swing their spatula-like bills to and fro searching shallow water for crustaceans. They are often seen perched in trees in swampy areas, foraging in shallow fresh or saltwater, or flying in small groups overhead.

Unmistakably tropical, the brilliantly-colored green jay ranges south all the way to Ecuador but enters the U.S. only in southern-most Texas, where it is fairly common in the Lower Rio Grande Valley. Green jays are colorful birds with a pale green back and underside, a black chest, a blue and blackhead and face, and yellow sides on their tail.

The great kiskadee is a treat for visitors to southern Texas—and the birds won’t keep you waiting. Kiskadees are an eye-catching mix of black, white, yellow, and reddish-brown. The black head is set off by a bold white eyebrow and throat; the under-parts are yellow. These are loud, boisterous birds that quickly make their presence known.

Related: What Is Birding?

When it comes to patience, no bird can outdo the yellow-crowned night heron. The yellow-crowned night heron is a short, stocky wading bird about 24 inches in length with a wingspan of a little under four feet. It has long yellow to orange legs, red eyes, a thick black bill, and a short neck. It has a slate-gray body, a dark bluish-black head with a white streak along the cheek, and a very pale yellow (sometimes so pale that it appears white) crown that extends back from the head in the form of a few wispy feathers. The wing feathers have a grey and black striped appearance.

The black-bellied whistling duck is a boisterous duck with a brilliant pink bill and an unusual, long-legged silhouette. Also called a Mexican tree duck, watch for noisy flocks of these gaudy ducks in yards, ponds, resacas, and, of course, in trees. Listen for them, too—these ducks really do have a whistle for their call.

The tricolored heron is a medium-sized wading bird named for its three main colors: bluish-gray, purple, and white. Its head, back, and wings are a dark bluish-gray. The back of the neck is purple. The belly is white. The tri-color also has a narrow white streak with delicate rust-colored markings down the front of its neck. The tri-colored is more active than the larger herons. This bird does not patiently stand and wait when feeding. It walks through shallow water in a jerky fashion, crouching and darting as it moves along. It lunges then shoots its bill into the water to catch a fish or an aquatic insect.

Related: Bird Therapy: On the Healing Effects of Watching Birds

The Altamira oriole is a bird of Mexico and Central America whose range just reaches into southern Texas. The largest oriole occurring in the U. S. makes the longest nest of any North American bird: its woven basket-like nest can reach 25.5 inches in length. The Altamira has a black back, wings, bib, lores (the region between the eyes and nostril), bill; orange head, nape, and under-parts.

Related to falcons but very different in shape and habits, the crested caracara reach the U. S. only in Texas and Florida. A large, long-legged raptor, the crested caracara has a black cap with a short crest at back, pale sides of back and neck, bare red skin on the face, black body, white tail with wide black tip, white patches at ends of dark wings, and faint barring on upper back and breast.

A conspicuously long-legged, long-necked heron of shallow saltwater, the reddish egret is a very active forager. Often draws attention by its feeding behavior: running through shallows with long strides, staggering sideways, leaping in the air, raising one or both wings, and abruptly stabbing at fish.