If you don’t have a bucket list, I highly recommend you create one 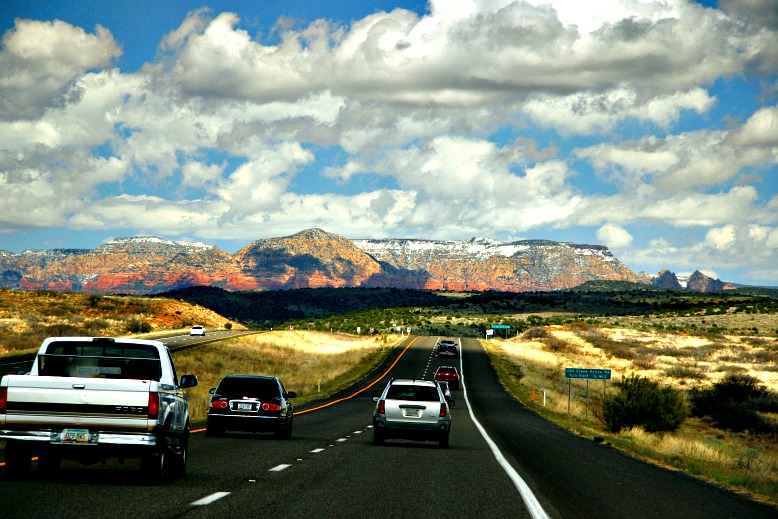 While we’re often daydreaming of beaches in the Maldives and vineyards in Tuscany, there are plenty of amazing destinations in our own backyard. To help you with your bucket list, I’ve rounded up 20 places you have to visit in the United States before you die—in no particular order.

Sure, you probably know about The Alamo in San Antonio, but it’s actually one of five Spanish missions found across the city that was established to spread Christianity and act as a refuge for Native Americans. The oldest is Mission Espada which was built in 1690, original frescoes are still visible inside Mission Concepcion, and the largest is Mission San José.

A comparatively little-known canyon, Canyon de Chelly has sandstone walls rising up to 1,000 feet, scenic overlooks, well-preserved Anasazi ruins, and an insight into the present-day life of the Navajo who still inhabit and cultivate the valley floor.

Surrounded by the Sangre de Cristo Mountains, Santa Fe is a charming town with a strong Native American influence. Pueblo-style architecture, a central plaza, and Loretto Chapel give the city a unique feel. The Georgia O’Keeffe Museum and restaurants serving New Mexican cuisine are additional highlights.

Related: Why NOW is the Best Time to Plan Your Travel Bucket List

Travel through this dusty outpost between April and November and you might wonder why this wide spot along Interstate 10 is such a popular snowbird destination for RVers. But visit in January and you’ll quickly see why: it morphs into a non-stop social event for RVing snowbirds.

Joshua Tree National Park is a dreamy destination known for its distinctive-looking and namesake trees, big boulders that are ideal for rock climbing, and stellar stargazing opportunities. Visitors can drive through, hike around and camp, or horseback ride through the varied desert landscape.

The distinctive Spanish Moss-draped trees, antebellum homes, and horse-drawn carriages help to give a relaxed and comfortable feel. Much of Savannah’s charm lies in meandering through the Historic District’s lovely shaded squares draped in feathery Spanish moss—all 22 of them.

Monument Valley is one of the most enduring and definitive images of the American West. Eons of wind and rain carved the red-sandstone monoliths into fascinating formations, many of which jut hundreds of feet above the desert floor.

If you doubt the Appalachians can hold their own with any other mountain range on the continent, travel this 469-mile stretch of road from Rockfish Gap, Virginia, to Swain County in North Carolina.

Bryce Canyon is best known for its concentration of hoodoos. The park was recently designated an International Dark Sky Park due to the great nighttime visibility and many astronomy-related programs on offer.

If you delight in gazing at towering red rocks or driving through rugged canyons, then go to Sedona. If you admire exquisite art or are captivated by amazing architecture, then go to Sedona. Of all the places to visit in the Southwest, Sedona may be the most beautiful.

Just outside Moab is Arches National Park, famous for its more than 2,000 natural sandstone arches. The most-photographed is the 52-foot-tall, freestanding Delicate Arch, plus the park has many other striking geological formations.

The Okefenokee offers so much, one could spend a lifetime and still not see and do everything. Spanish moss-laced trees reflect off the black swamp waters, while cypress knees rise upward from the glass-like surface. Here, paddlers and photographers enjoy breathtaking scenery and abundant wildlife.

Nowhere in New England compares to the Gilded-Age splendor of Newport, a coastal town set upon cliffs dotted with some of the most spectacular mansions of the 19th century.

Lassen National Park is one of few locations on Earth where you can see all four types of volcanoes—plug dome, shield, cinder, and cone. While Lassen Peak is the most famous, as well as the dominant feature in the park, there are numerous other—literally—hotspots to explore including mud pots, stinking fumaroles, and hot springs.

Whatever you can do, or dream you can, begin it.
Boldness has genius, power, and magic in it.