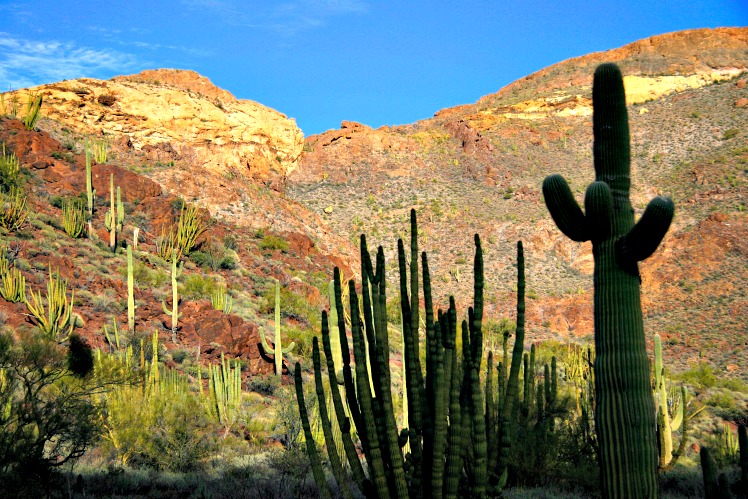 Today, the park service manages 63 national parks including iconic parks like Yosemite, Yellowstone, Zion, Grand Canyon, and the Great Smoky Mountains. These spectacular parks are some of the most famous destinations in the U.S. They’re iconic and beautiful, and deserving of their stellar reputations.

But there are 423 parks, monuments, preserves, reserves, seashores, recreation areas, and other units under the protection of the National Park Service.

From golden sand dunes to hardwood forests, from historic sites and iconic monuments to the winding trails that crisscross the U.S. Encompassing mangrove forests, massive glaciers, active volcanoes, and towering mountains, these protected areas provide visitors with a firsthand look at the unique beauty of the untouched American wild.

Related: How National Parks Saved Us?

Many parks have interpretive exhibits and dioramas in the Visitor Center, and often movie theaters. They’re always well worth the time, and you’ll gain a greater appreciation for the park.

The park rangers and volunteers are a huge resource as well. Chatting with one of the staff will often yield insider knowledge about the best places to visit at that time. If you have a specialized interest such as birding, photography, hiking, or history, let the staff know and they’ll point you in the right direction.

Most parks have self-guided tours and hiking trails. Hike as much as you can. There are often hidden treasures of the park that can only be discovered on foot.

The following National Park Service sites are just a sample of the hundreds of other worthwhile destinations in America.

The amphitheater of multi-hued rock at Utah’s Cedar Breaks National Monument is shaped like a massive coliseum. Filled with hoodoos, spires, fins, arches, and columns, these intricately shaped sculptures were formed by wind, rain, ice, and streams. More than 2,000 feet deep and 3 miles across, the huge bowl is sculpted along the steep west-facing side of the 10,000-foot-high Markagunt Plateau.

The largest gypsum dune field in the world is located at White Sands National Park in southern New Mexico. This region of glistening white dunes is in the northern end of the Chihuahuan Desert within an “internally drained valley” called the Tularosa Basin.

Great Smoky Mountain National Park has one of the world’s best-preserved deciduous forests, the oldest mountains in the United States, and more annual visitors than any other national park in the country. The 33-mile long Newfound Gap Road (U.S. 441) bisects the park, stretching from Gatlinburg, Tennessee to Cherokee, North Carolina with incredible views. Clingmans Dome is just past the “gap,” commonly referred to as “pass” in other parts of the country.

Cumberland Island National Seashore, Georgia’s largest barrier island, is full of untouched maritime forests, beaches, and marshes. Visitors can find solitude while camping under the stars in the 9,800 acres of a designated wilderness area or can see one of the many historic sites and structures such as Dungeness (an abandoned mansion that was originally built as a hunting lodge in 1736). Access to the island is by ferry out of St. Marys.

The 469-mile Blue Ridge Parkway lazily meanders through the Appalachian Highlands in Virginia and the Blue Mountains of North Carolina. Some of the parkway’s most spectacular stretches can be found in North Carolina, south of Asheville.

Lassen Volcanic National Park is one of the most unusual places in California, yet is relatively little visited. Lassen is spectacular. It’s the only place you can see several volcanoes that all have a different type of cone. Lassen is renowned for its volcanic past and its massive eruptions from 1914 through ’18, and as a destination for its lava-plug-dome volcanic peak, geothermal areas, great day hikes, and wilderness, including a section of the Pacific Crest Trail.

There is no symbol more emblematic of the American Southwest than the saguaro cactus (Carnegiea gigantea)—standing tall with arms reaching out from the trunk toward the sky. And if you want to spend the day with these goofy, prickly characters, Saguaro is one of the easiest national parks to visit. It’s separated into two sections, each of which can be easily tackled in a day: East (also called the Rincon Mountain District) and West (aka the Tucson Mountain District). In between are I-10 and the city of Tucson so getting here by the interstate is pretty straightforward.

Located in southern West Virginia, the New River Gorge National Park offers something for everyone. New River, estimated to be over 250 millions year old, is the second oldest waterway in the world after the Nile. Its meandering course through the Appalachian mountains hides many natural wonders that appeal to every type of outdoor enthusiast.

Few National Parks boast the mythical and mystical quality of Joshua Tree. Massive boulder piles, bleached sand dunes, and Dr. Seussian yucca forests spread across hundreds of square miles of the desert are an otherworldly sight to behold. The good news for RVers is that the majority of campgrounds near the park are RV-friendly. The key is to call ahead to confirm any maximum length restrictions before you arrive. Like many National Parks in the Western United States, there are plenty of free dispersed camping options on BLM land nearby.

Related: How Much Time Should You Spend in Nature?

There’s a perfect refuge in the midst of the Southeast: Congaree National Park, a 41-square-mile patch of old-growth forest. Congaree is the last stand of a forest ecosystem that was long ago cleared to supply timber and to make room for farmland and development.

Although the words “badlands” and “petrified” evoke harsh landscapes devoid of life, the Petrified Forest National Park is both beautiful and bountiful. Located about 110 miles east of Flagstaff,  the park’s badlands and petrified wood (the world’s largest concentration) are composed of bands of blue, white, and purple which come from quartz and manganese oxides. See fossilized trees and crystalized wood up close on the 0.75-mile Crystal Forest Trail or 3-mile Blue Forest Trail.

I go to nature to be soothed and healed and to have my senses put in order.