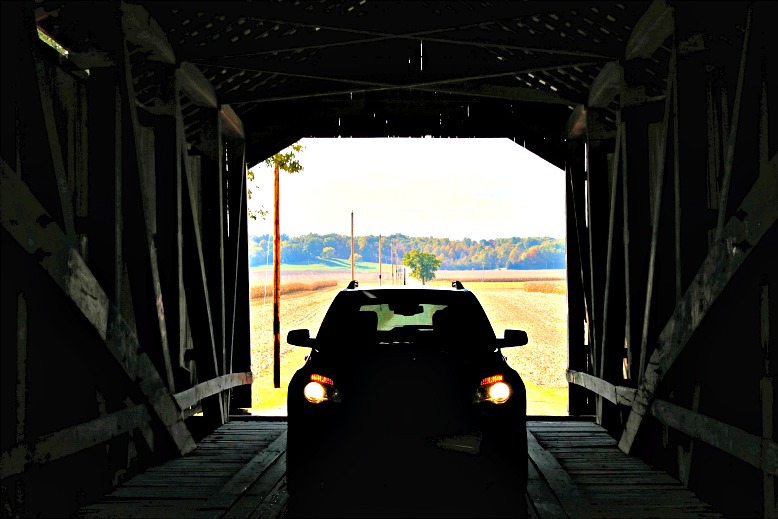 The last thing you want in your travels is to turn down the wrong road onto what could be a dangerous route.

When a highway closes or you’re just looking for possible routes, it’s natural to consult a GPS or navigation app. But drivers need to apply common sense to a computer’s suggestions, starting with not taking RVs, buses, and other vehicles that aren’t up to the task down unpaved roads.

Since Arizona State Highway 64 closed due to heavy snow between Grand Canyon Village and Grand Canyon National Park’s east entrance, a large tour bus, a smaller bus, and at least two passenger vehicles carrying tourists have gotten stuck on a forest road heading east from US 180 between Valle and Flagstaff toward US 89, according to the Arizona Department of Transportation (ADOT).

While tow trucks were able to free the other vehicles and head them back to US 180, the Arizona Department of Public Safety, with help from an ADOT snowplow, had to rescue 45 people from the tour bus as a recent snowstorm moved in. The driver of the bus, which was bound for Page, said his GPS unit recommended taking the forest road.

Related Article: Top 8 Tips for Planning a Road Trip this Thanksgiving and throughout the Holiday Season

The Coconino County Sheriff’s Office receives many calls throughout the year from motorists who get stuck following suggested alternate routes onto unpaved roads. It’s a big concern for ADOT during the winter when snowstorms can cause sudden and prolonged highway closures.

“Our snowplow crews are out clearing these roads around the clock along with patrols from the Department of Public Safety and ADOT’s motor-assist vehicles. Don’t follow an alternate route that’s not regularly plowed during winter storms.”

Earlier, a Pennsylvania family wanting to see Grand Canyon National Park’s North Rim got stranded following forest roads suggested as an alternate route to State Route 67 which closes for the winter along with park facilities. A woman suffered frostbite walking 26 miles trying to get help while her husband eventually was able to call rescuers by climbing high enough to get a cell phone signal.

Sgt. Aaron Dick, the search-and-rescue coordinator for the Coconino County Sheriff’s Office, said if a suggested road becomes rough or difficult to navigate the best thing to do is turn around. Motorists also can prevent problems by understanding the settings on their GPS units or navigation apps, starting with making sure they are ranking alternate routes by “shortest time” rather than “shortest distance.”

The dramatic story of a British Columbia couple who made a tragic wrong turn on their trip to Las Vegas also offers a startling reminder of the need for road travelers to make plans and preparations before heading out on the road.

Albert and Rita Chretien were traveling from their home in Penticton, British Columbia, to a trade show in Las Vegas when their 2000 Chevrolet Astro ran into trouble on a logging road in Elko County in March 2011.

Rita was rescued on the verge of starvation in early May after spending seven weeks alone in the wilderness. She told investigators she hasn’t seen Albert since he left with the GPS to try to find a state highway.

She had survived on a tablespoon of trail mix, a single fish oil pill, and one hard candy a day.

She reportedly lost as much as 30 pounds during the 49-day ordeal, and family members and doctors agree she faced the prospect of death had she waited much longer to be found.

Related Article: Raise Your RV IQ with These Tips

Authorities shed new light onto the tragedy in November 2012 after elk hunters discovered Albert’s body in a secluded area west from where he set off.

Albert had hiked nearly 9 miles on his winding route and was within 6 miles of the community of Mountain City when the battery in the GPS he was using probably burned out and his path began to angle too far north. Had he been able to keep his bearings, there’s a slim chance he might have made it to a highway and then into town.

As an added precaution, always carry an emergency survival kit in your vehicle.

And, if you travel in a big rig such as a Class A motorhome or fifth-wheel trailer and rely on a car GPS you could be in for double-trouble. One driver recently learned this the hard way when he tried to take his 30-foot vehicle over Engineer Pass, a rugged mountain road in Colorado’s San Juan Mountains and became stuck near the top of the pass. Blindly following his car GPS, the driver did not realize this high mountain pass (sitting at 12,800 feet) is a difficult, narrow road that is typically traversed by 4-wheel drive high clearance vehicles.  Engineer Pass is part of the scenic high country Alpine Loop which connects Silverton to Ouray and Lake City through the San Juan Mountains.

That’s why it’s wise to travel with an RV-specific GPS to navigate safely based on your vehicle dimensions. You can input your vehicle’s height, length, and weight as well as fuel information like whether or not you’re carrying propane. This will not only help you avoid steep mountain roads but also low clearance bridges, bridge weight limits, and tunnels with propane restrictions.

The only aspect of our travels that is interesting to others is a disaster.