Utah wanted all the tourists. Then it got them. 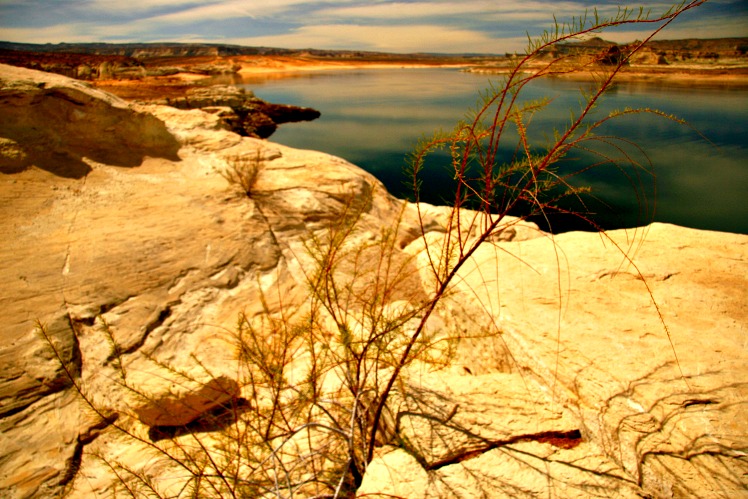 If it felt like Utah’s Mighty 5 were more crowded than ever last year, that’s because they were. All-time visitation records were broken at four of Utah’s five national parks in 2021, according to preliminary data made available by the National Park Service.

There were at least 11 million visitors at Utah’s five national parks in 2021—far exceeding the 7.7 million recorded visitors in 2020, a year when visitation plummeted as a result of pandemic-related park closures and travel restrictions.

Related Article: Everything You Need to Know about the Mighty 5

The final 2021 visitation figure has yet to be calculated because Zion National Park has not submitted its December visitation. Even so, visits to Utah’s national parks jumped by at least 43 percent last year and Zion is one of the four parks that broke visitation records in 2021.

Zion again led all of Utah national parks in visitation last year. The southern Utah nature preserves reported over 4.8 million visitors through November besting its previous record of 4.5 million in 2017. The park is still reviewing its numbers before it submits its final 2021 visitation statistics.

Zion needs a little over 172,000 to reach 5 million visitors for the year—a rare feat that only three national parks have ever reached. Recent visitor trends suggest that Zion will be close to that number. The park has averaged 162,000 December visitors in the previous five years; however, it also recorded 227,244 people visits in December 2020.

While 2021 produced an eye-popping leap from 2020 because there were no shutdowns and fewer COVID-19 concerns, 2021 also far exceeded the state’s previous total park record of 10.6 million recorded in 2019.

The rise in visitors meant more people were enjoying Utah national parks but it also led to an uptick in resources needed to support the public lands. This has been true since the sudden rise of the parks’ popularity over the past decade—the issue came to a head in 2021 because of the dramatic increase in park visitation from the previous year.

The year ended with Arches National Park implementing a timed entry ticket pilot program and Zion announcing a permit process to hike Angels Landing both set to begin in the spring. Bryce Canyon National Park officials also increased its backcountry permit fees and implemented a partial campground reservation requirement to match the spike in popularity at the park over the past decade.

Related Article: Utah Wanted All the Tourists. Then It Got Overrun.

With more than 2,000 arches, as well as rock fins, pinnacles, and balancing rocks, visiting Arches National Park is like escaping to a wonderland of ancient sandstone. Visitors cherish the soaring red rock features—clad in rock formations of red, orange, brown, and purple hues—set against an often-bright blue sky.

To maximize your enjoyment, consider visiting during off-peak times. The park is most active from March through October and especially around Easter, Memorial Day, and Labor Day. The busiest time of day is from 9 a.m. to 2 p.m. Early morning and late afternoon typically offer fewer crowds, shorter lines, easier parking, cooler temperatures, and golden light for photographers. Winter in Arches National Park also offers stunning scenery during the quiet season.

Related Article: The Aftermath of Mighty Five…and Beyond

Utah’s national parks feature some of the most astonishing landscapes in the world. But other lands in Utah promise just as much allure including state parks, national monuments, and national recreation areas. It may be time to try other Utah parks and other natural areas because the state has much more to offer than just the five national parks. Those are all things that the state’s newest campaign, Forever Mighty strives to accomplish.

Southeastern Utah is anchored by Arches and Canyonlands national parks and the active tourism basecamps of Moab and Green River. Further south, travelers can explore the vast stretch of land known as Bears Ears country which includes active and ancient Native American communities and historic sites such as Monument Valley and Hovenweep National Monument.

The majority of visitors to southwestern Utah focus their efforts on the Mighty 5 national parks. And, for good reason, these parks are spectacular. However, seasoned travelers and savvy locals know that fun southern Utah activities, remarkable scenery, and memorable adventures aren’t limited to national park boundaries. In fact, by stepping off the beaten path, many travelers have found their favorite memories were created in these hidden gems, parks that may leave you breathless but are less likely to leave you standing in line.

Related Article: Awesomeness beyond the Mighty 5 in Southern Utah

Hidden within the mountains above Cedar City is the brilliant geology and vibrant environment of Cedar Breaks National Monument. The geologic amphitheater and surrounding environs are home to cool hiking trails, ancient trees, high elevation camping, and over-the-top views along the “Circle of Painted Cliffs.”

Grand Staircase–Escalante National Monument is phenomenal. Sun-drenched Utah backcountry spreads out well beyond the visible horizon from the road whether you’re traveling along Scenic Byway 12 or on Highway 89. This area boasts a mixture of colorful sandstone cliffs soaring above narrow slot canyons, picturesque washes and seemingly endless Slickrock, prehistoric sites, and abandoned old Western movie sets, among many other treasures

Glen Canyon National Recreation Area offers more than 1.2 million acres of unparalleled opportunities for land- and water-based recreation. Within the recreation area, Lake Powell is the second-largest man-made lake in the U. S. and is widely recognized as one of the premier boating destinations in the world.

Read Next: Photographic Proof That Utah Is Just One Big Epic National Park

As you plan your next road trip through Utah, look for opportunities to visit less-crowded destinations. While the national parks are open, so are many less crowded and equally brilliant nearby destinations.

As we crossed the Colorado-Utah border I saw God in the sky in the form of huge gold sunburning clouds above the desert that seemed to point a finger at me and say, “Pass here and go on, you’re on the road to heaven.”

—Jack Kerouac, On the Road