More people than ever are venturing to national parks. Can the system adapt? 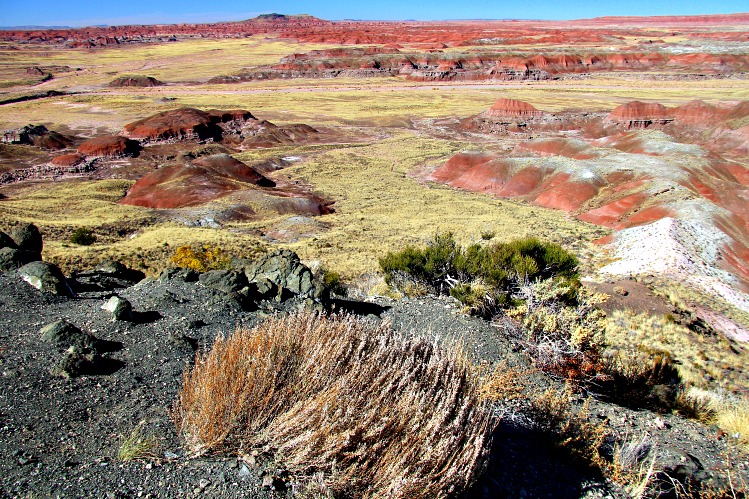 Since the pandemic began, people have been taking to the national parks in droves searching for a safe vacation in the face of travel restrictions and cruise outbreaks. And while travelers generally stayed in parks closer to home in 2020, 2021 saw a resurgence in national park travel as visitation numbers soared.

While the final numbers are not yet available for all national parks, what we do know is illuminating. Great Smoky Mountains National Park set a new record of 14.1 million visitors in 2021, 1.5 million more visitors than its previous record in 2019, and a 57 percent increase in visitation from a decade ago.

Yellowstone broke its annual visitation record with 4,860,537 recreation visits in 2021, up 28 percent from 2020 (3,806,306 visits), making it the busiest year on record. Visitations for May, June, July, August, and September were the busiest on record. July was also the most-visited month on record in Yellowstone’s history and the first time visitation exceeded 1 million visits in a single month.

All-time visitation records were broken at four of Utah’s five national parks in 2021.

Related: Reservations and Permits Required at Some National Parks in 2022

There were at least 11 million visitors at Utah’s five national parks in 2021—far exceeding the 7.7 million recorded visitors in 2020.

The conflict between visitor accessibility and protecting natural integrity in the parks is an old one and park administrators have had to balance the impacts of tourists against their mandate to preserve the parks since the beginnings of the NPS. Park officials are increasingly showing a willingness to embrace non-traditional solutions in handling it.

One of the most visible ways parks are curbing congestion is by instituting timed-entry systems. Glacier, Rocky Mountain, and Acadia are using them and Arches have announced a timed entry ticket pilot program this year. These are helpful for capping visitation to a sustainable, fixed level and making sure visitors aren’t elbowing for room at popular areas.

Unfortunately, it also creates new problems about accessibility and visitor experience. Park visitors have been outraged to travel thousands of miles and spend money on lodging/travel fees only to be denied access to the park after not securing a reservation.

Reservation systems aren’t the only proposed solution to crowded parks, however. Sen. Angus King, Chairman of the Subcommittee on National Parks, sees it as a supply-demand problem. The supply of national parks is inadequate to meet the burgeoning demand. Therefore, we should create more national parks. This concept was fleshed in a New York Times opinion piece by Albuquerque freelance journalist Kyle Paoletta who wrote:

“Going to a national park in 2021 doesn’t mean losing yourself in nature. It means inching along behind a long line of minivans and RVs on the way to an already full parking lot…The best way to rebalance the scale? We need more national parks.”

Related: National Parks Have a Problem. They Are Too Popular.

Paoletta makes some good points. He argues that limiting visitation to a place like Arches will only push the crowds onto nearby public lands that aren’t equipped to handle them, a phenomenon we’re already witnessing. And, setting aside more public lands while providing a framework for better managing recreation and tourism on those lands is a good idea.

But turning around and designating those relatively unknown areas as national parks—thereby increasing visitation—will only bring more impacts, more infrastructure, and will do little to alleviate crowding at other parks.

More national parks won’t magically fix crowds if there’s a lack of funding especially since park funding has decreased while visitation has increased.

Jonathan Thompson at The Land Desk also notes that large crowds are heading to specific parks, not spreading out evenly throughout the entire system. Instead of designating more parks, he says, Congress should increase funding for them to help mitigate damage from crowding. That would provide more money for additional staff to educate and control crowds, for shuttle systems like Zion’s that are effectively reducing traffic, and for building more campgrounds and toilets inside or outside park boundaries.

King seems to believe that Americans are inclined to visit national parks, in general, rather than specific parks. If that were true, then every national park in the nation would be overrun with visitors. Yet Carlsbad Caverns National Park was far busier in the 1970s and 1980s than it is now and visitation has plateaued or even declined over the past couple of decades at Chaco Culture National Historical Park and at Mesa Verde, Olympic, Petrified Forest, Guadalupe Mountains, and Kings Canyon National Parks.

People keep coming to the popular places in increasing numbers despite the fact that they could be visiting far less crowded national parks nearby.

With that in mind, I have an alternate proposal: Let the crowds go to Zion, Arches, Grand Teton, Grand Canyon, and Yellowstone since that’s what they want. Meanwhile, increase funding for all the parks to help mitigate damage and to control the crowds.

Zion already has a shuttle system to its most popular areas to alleviate car traffic. Arches could do the same, shutting off the entire park to private, motorized vehicles and ferrying visitors via bus from Moab to the park. RVs with campground reservations at Devils Garden would be the lone exemption.

Enact permit systems with limits for more remote, fragile areas of the parks. If park campgrounds can’t handle demand, then build more (supply and demand) either inside or just outside the parks’ boundaries. If park staff can’t handle the numbers, then hire more people.

The NPS currently manages 423 sites with 15 percent of them—or 63—classified as national parks. Altogether, the agency controls more than 85 million acres in all 50 states, Washington, D.C., and U.S. territories—a mass of land that’s more than twice the size of Florida.

In recent years, rebranding existing NPS properties into national parks has become increasingly popular as many lawmakers regard name changes as an easy way to boost tourism in their communities.

A 2018 study by the research group Headwaters Economics found that eight national monuments that had been redesignated as national parks saw their attendance increase by an average of 21 percent within five years. Since then, lawmakers have embraced the idea.

As the NPS confronts the reality that there isn’t enough room in the parks for everyone who wants to visit them, they’re also learning that there’s no one-size-fits-all solution for addressing the problem, either.

Read Next: My Favorite Under-appreciated National Parks to Visit in 2022

In the end, we only conserve what we love.

We only love what we understand.

We will understand what we are taught.