“Only in Arizona” iconic moments 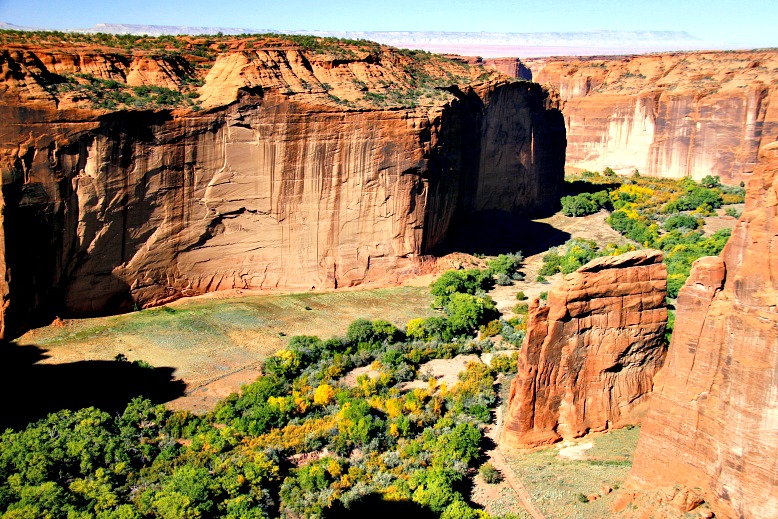 Every now and then, you experience a moment and think, “Only in Arizona.”

Perhaps it’s a particularly gorgeous sunset framed by giant saguaros or cheering on the Oatman Bed Races as they propel beds through Oatman streets at breakneck speeds.

There are places around the state where such moments reliably occur and they all share one thing—they let you know you’re in Arizona.

Here are four favorite “Only in Arizona” experiences.

Shootout at the O.K. Corral

On Oct. 26, 1881, Doc Holliday pulled back the hammer of his shotgun. The metallic click still reverberates today. What happened in the next 30 seconds would launch a reputation and, eventually, a tourism industry. Tombstone and Arizona would forever be linked to the Wild West thanks to the shootout at the O.K. Corral (which actually occurred in a vacant lot next to the corral).

That event, a landmark of violent behavior, now plays out at noon, 2, and 3:30 p.m. It ends the same way each time, with three dead and the opportunity to buy O.K. Corral souvenirs.

Don’t miss: The Tombstone Historama, which is included in the $10 admission price. As spotlights illuminate a three-dimensional display of the town’s history (it’s history, it’s a diorama, it’s Historama!).

Iconic moment: When the gunslingers arrive, staring at one another until the first weapon is fired and all (staged) hell breaks loose.

Suggested tweet: “Fans of the Clanton boys should call this ‘The Not OK Corral’ #deadagain.”

Under the gift of cloudless skies, the sun’s rays race along the desert floor before colliding with vast columns of stone. The buttes and pillars glow red as if molten lava were frozen in time. But as the minutes pass long shadows advance like the tide. The light evolves from yellow to orange to red and ends with a hemisphere of purple sinking below the horizon.

Related Article: Spotlight on Arizona: Most Beautiful Places to Visit

Still, there is plenty of time to capture photos guaranteed to impress on social media.

Don’t miss: The panoramic view from the visitor center. If it’s your first trip to Monument Valley, this is a great place to watch the sunset.

Iconic moment: The desert appears to be on fire as the sun sinks below the horizon. At some point, put the camera down and enjoy.

Suggested tweet: “You expect to see John Wayne ride up at any second.”

The red-rock country is blessed with more than scenery, according to those in tune with psychic energy. Sedona also is home to mystical spots where energy spirals from the Earth, creating vortexes that can cleanse, heal, and recharge those who stand in their midst. Or it’s a bunch of hooey, depending on your beliefs.

The beauty of a vortex is that these psychic whirlwinds occur in some of Sedona’s most scenic spots. No need to feel a vibe when you’re gazing at Red Rock Crossing in the shadow of Cathedral Rock. Other vortexes are known (or said) to be near the airport, Boynton Canyon, and Bell Rock.

Don’t miss: Despite the uninspired description, the airport vortex offers one of the best views of Sedona’s red-rock basin. Whether or not you feel the energy, you’ll want to linger.

Iconic moment: Could that subtle vibration from deep within you be a sign that your spiritual energy is mingling with that of the vortex? Or maybe you’re just hungry.

Suggested tweet: “Psychic energy is strong, cell signal not so much.”

There are two ways to experience Arizona’s lesser-known canyon. You may drive along the rim, stopping at overlooks to marvel at the vertical cliffs and stone spires that seem otherworldly.

Or, should you want to do more than scraping the surface, you can arrange a Navajo-guided tour to explore the canyon and the life within it.

Native people have lived within Canyon de Chelly‘s walls for centuries. Many Navajos still live there full- or part-time. You are likely to meet shepherds and weavers while you marvel at the sights.

Don’t miss: The White House Ruins. Long ago, hundreds of people lived in the structure built into the cliffs. Now the walls are a reminder of how life once thrived in the canyon.

Iconic moment: Driving into the mouth of the canyon, cliffs rising rapidly on either side.

Related Article: Why Arizona is the Ultimate Road Trip Destination

Suggested tweet: “People still live here, and I can see why.”

Once in a lifetime, you see a place, and you know, instinctively, this is paradise.