Chill out on National Chili Day 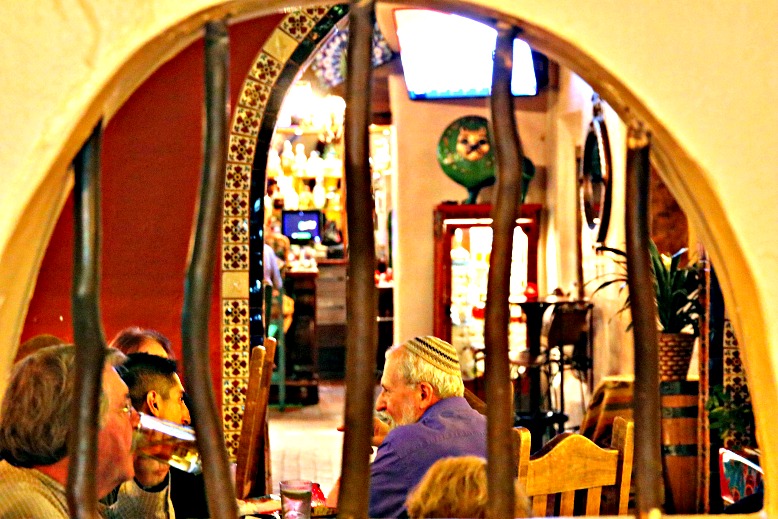 Chili is the ultimate people-pleaser but it’s also the ultimate cook-off dish. Family recipes are guarded like crown jewels and secret ingredients are never spoken of above a whisper. And the debates about what makes true chili—beans or no beans?—are fierce! But these are all part of what makes chili such an experience. When the chili is being served—perhaps with some chopped onions and shredded cheese on top—everyone comes to the table.

It is widely believed that cultivated chile peppers were introduced to the United States in 1609 by the Spanish conquistador Captain General Juan de Onate, the founder of Sante Fe. However, there are contentions that chile peppers may have come earlier during the 1582 Antonio Espejo Expedition. What is a fact is that as soon as the Spanish settled in Texas and New Mexico and other border states, the cultivation of chile peppers expanded and exploded at an exponential rate.

A point of clarification: In New Mexico, chile is with an “e” when talking about the plant and the pepper. Chili is a delicious dish of ground beef and beans. But go beyond state lines, especially in Texas, chili with an “i” refers to both the plant and the dish.

When it comes to the story of chili, tales, and myths abound. While many food historians agree that chili con carne is an American dish with Mexican roots, Mexicans are said to indignantly deny any association with the dish.

Enthusiasts of chili say one possible though far-fetched starting point comes from Sister Mary of Agreda, a Spanish nun in the early 1600s who never left her convent yet had out-of-body experiences in which her spirit was transported across the Atlantic to preach Christianity to the Indians. After one of the return trips, her spirit wrote down the first recipe for chili con carne: chili peppers, venison, onions, and tomatoes.

Another yarn goes that Canary Islanders who made their way to San Antonio as early as 1723, used local peppers and wild onions combined with various meats to create early chili combinations.

Most historians agree that the earliest written description of chili came from J.C. Clopper who lived near Houston. While his description never mentions the word chili this is what he wrote of on his visit to San Antonio in 1828: “When they (poor families of San Antonio) have to lay for their meat in the market, a very little is made to suffice for the family; it is generally cut into a kind of hash with nearly as many peppers as there are pieces of meat—this is all stewed together.”

In the 1880s, a market in San Antonio started setting up chili stands from which chili or bowls o’red, as it was called, were sold by women who were called “chili queens.” A bowl o’red cost diners such as writer O. Henry and democratic presidential hopeful William Jennings Bryan ten cents and included bread and a glass of water.

The fame of chili con carne began to spread and the dish soon became a major tourist attraction. It was featured at the World’s Fair in Chicago in 1893 at the San Antonio Chili Stand.

By the 20th-century chili joints had spread across Texas and became familiar all over the west by the roaring ’20s. In fact, by the end of that decade, there was hardly a town that didn’t have a chili parlor which often was no more than a shed or a room with a counter and some stools. It’s been said that chili joints meant the difference between starving and staying alive during the Great Depression since the chili was cheap and crackers were free.

U.S. President Lyndon B. Johnson was a big chili lover. His favorite recipe became known as Pedernales River chili after the location of his Texas ranch. Johnson preferred venison which is leaner to beef. Lady Bird Johnson, the First lady, had the recipe printed on cards to be mailed out because of the many thousands of requests the White House received for it.

“Chili concocted outside of Texas is usually a weak, apologetic imitation of the real thing,” Johnson is quoted as saying. “One of the first things I do when I get home to Texas is to have a bowl of red. There is simply nothing better.”

In 1977, chili manufacturers in the state of Texas successfully lobbied the state legislature to have chili proclaimed the official state food of Texas “in recognition of the fact that the only real bowl of red is that prepared by Texans.”

As enthusiasm for chili grew so did the competition. Chili cook-offs started cropping up locally and nationally. It’s believed the first one took place in Texas in the early 1950s although some accounts say it was in Terlingua, Texas in 1967.

The International Chili Society was spawned about 48 years ago to motivate competition. Today, the society which has 2,000 active members puts on 150 to 200 cook-offs each year mainly in the U.S. but occasionally in Canada and Europe. Chili cooks can win as much as $25,000 for their best rendition of red chili.

1. Cook up your favorite chili

Maybe your go-to recipe is in your head or maybe it’s earmarked in your favorite cookbook. Maybe you need to call your mom and have her give your step-by-step instructions. However, the chili gets on the stove, get it there, and then enjoy a piping hot bowl of the good stuff.

Everyone and we mean everyone, has a chili recipe. So invite everyone over and have a chili throwdown. The competition will be fierce, but so will your appetites.

We mean it when we say that everyone has a chili recipe—that includes the chefs at your favorite restaurants. Find out which spots in your town have chili on the menu and do your own version of a progressive dinner to find your favorite. Then next year on National Chili Day, you’ll know where to head.

Most popular ways to eat chili

A little trivia to go with your chili

What ingredients make the best chili?

Some cooks insist it’s all about the cumin while others choose coffee. Others say beef bouillon is a must but some say it’s the beer. Popular ingredients are ground beef, pork, venison, and chili peppers while variations depending on geography also include onions, peppers, tomatoes, and beans.

Google best chili recipe and you’ll get about 20 million results—from Firehouse Chili (inspired by America’s firehouses where it’s often on the menu for firefighters) to Texas Red (an all-meat dish with dried red chilis) to Cincinnati chili (characterized by cinnamon, cloves, allspice, or chocolate and commonly served over spaghetti or as a hot dog sauce).

Probably one of the most famous chilis is Chasen’s, named for the legendary restaurant in Hollywood. Owner Dave Chasen entrusted his recipe to no one and for years came to the restaurant every Sunday to privately cook up a batch which he would freeze for the week, believing that the chili was best when reheated. Chauffeurs and studio people, actors, and actresses would come to the back door of Chasen’s to pick up the chili by the quart. It’s said Elizabeth Taylor had 10 quarts flown to her in the early 1960s while filming Cleopatra in Rome.

Celebrated every year on the fourth Thursday of February, future National Chili Days to mark on your calendar includes: