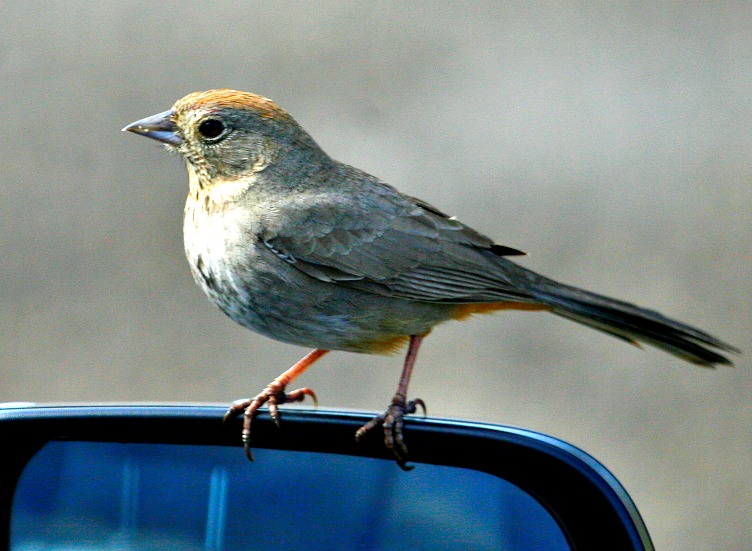 No matter if you’re new to bird watching or are an avid birder looking to check rare species off your life list, Arizona is your place.

A day pack will help stow your creature’s comfort items, snacks, water, a sweater or light jacket, and a birding field guide. Bring enough gear to ensure your stay in the field is as comfortable as possible.

The last piece of the birding equation is totally up to you. Just get out there and enjoy nature. Hike around while peering into the brush, on the water, or in trees for Arizona’s diverse bird species.

Located near Papago Park and Phoenix Zoo, the Desert Botanical Garden offers an excellent opportunity to view desert birdlife up close. These gardens provide excellent habitats for a variety of desert species. The birds may be observed throughout the five informative trails that exhibit different desert habitats and settings. Since each trail has a theme, the birdlife may vary on each trail.

Ramsey Canyon is renowned for its beauty and serenity. It is also an ecological crossroads where plants and wildlife from the Sonoran and Chihuahuan deserts mingle with those from the Rocky Mountains and the Sierra Madre. The abrupt rise of mountains like the Huachucas from the surrounding arid grasslands creates “sky islands” that harbor amazing habitat diversity.

The diverse wildlife and habitats of Ramsey Canyon may be viewed from the Hamburg Trail. This open-ended route parallels Ramsey Creek through the preserve before climbing 500 feet in a half-mile series of steep switchbacks.

Ramsey Canyon has been famous among birders and other nature enthusiasts for over a century. Though best known for its diversity of hummingbirds—as many as fifteen species of hummingbirds migrate through Ramsey Canyon—the canyon offers much more. Residents of the canyon include Arizona woodpecker, Mexican jay, canyon wren, bridled titmouse, elegant Trojan, Montezuma quail, and spotted towhee.

Crowning a desert hilltop is an ancient pueblo built by the Sinagua people. The riparian, upland and marsh habitats in the monument are used by a large number of bird species.

Related Article: Best Birding in Arizona: Tips on Where to Go, Species to See, and How to Identify

To the north and east of the Tuzigoot Pueblo in the Monument is the Tavasci Marsh, an oasis for birds and other wildlife. The Marsh is a spring-fed freshwater wetland that occupies an abandoned oxbow of the Verde River. Named an Important Bird Area by the Audubon Society, the Marsh feeds into the Verde River, and over 245 species of birds have been documented within the Monument, many of them found in the riparian corridor of the Verde River and the Marsh.

A 1,500-acre wildlife habitat, Whitewater Draw Wildlife Area is famous for the large population of sandhill cranes during the winter season of October through February. Whitewater Draw lies in the Chiricahua desert grassland habitat of the Sulphur Springs Valley. The Sulphur Springs Valley, west of the Chiricahua Mountains between Bisbee and Douglas to the south and Willcox to the north, is great for bird watching.

Located in the southwestern part of the valley, the Whitewater Draw Wildlife Area lies within a desert grassland habitat. Nearly half of the Wildlife Area falls within a floodplain. Over 600 acres of the area is intermittently flooded wetland with two small patches of riparian habitat.

Whitewater Draw has a one-mile boardwalk trail that takes you around cattail marshes, shallow ponds, and eventually to several viewing platforms. Here you can use permanently-mounted spotting scopes to observe the wintering sandhill cranes, and the flocks of snow geese and tundra swan that share the sky with the cranes.

The number of waterbirds wintering here has also increased in recent years, and thousands of ducks, grebes, cinnamon teals, Northern shoveler, Northern pintail, and other waterbirds are usually present all winter. This is also a great place to see avocets, stilts, and yellowlegs. Wetland birds include egrets, great blue heron, black-crowned night heron, ibis, soras, terns, and other shorebirds.

It’s not just snowbirds that flock to Yuma—nearly 400 species of birds make this a seasonal stop or year-round home because of the area’s diverse habitat.