To help you plan your family-friendly road trip through Arizona, I’ve put together this list of awesome road trip stops. Keep reading to learn about my favorite spots and campgrounds along the route. 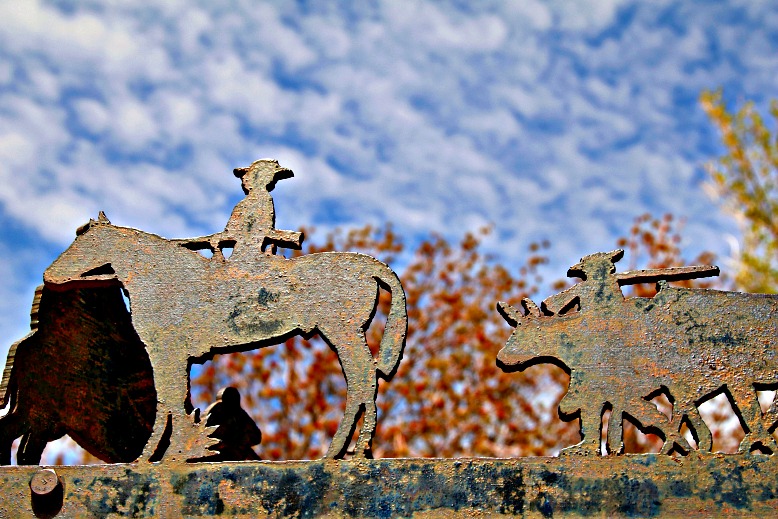 With its vast landscapes and colorful topography, the American Southwest is one of the best regions in the country to take an old-fashioned road trip—in fact, that’s the only way to see most of it. Arizona, specifically, is home to the only Natural Wonder of the World in the U. S., numerous national parks, picturesque state parks, and 21 American Indian tribes. So, what better way to spend spring break this year than packing up the kids for four family-friendly road trips through Arizona?

Northern Arizona and the Grand Canyon

There’s a lot to see in the northwest corner of Arizona where temperatures can be cooler than in the south. Start this tour from the border between Arizona and Nevada which is a short drive from Las Vegas.

Lake Mead was created in the 1930s by the construction of the 700-foot Hoover Dam which is worth a tour of its own to see how the massive construction was accomplished and its inner workings. Lake Mead National Recreation Area offers plenty of boating, kayaking, swimming, and fishing.

Related Article: Spotlight on Arizona: Most Beautiful Places to Visit

Route 66 is a trip through history

Any road trip through Arizona must pay homage to the Mother Road—Route 66. It runs right through small towns (just like in the song) which have plenty to see and explore.

The shiny new Arizona Route 66 Museum, located in Kingman’s historic Powerhouse, traces the evolution of travel along the 35th parallel that became Route 66 and the journeys of all who traveled the route over time—including American Indian tribes, members of the military, and Dust Bowl migrants.

Once a gold-mining boomtown, Oatman hunkers in a craggy gulch of the Black Mountains, 28 miles southwest of Kingman along Route 66. Rising above the town is the jagged peak of white quartz known as Elephant’s Tooth. Often described as a ghost town, Oatman comes close to fitting the category considering that it once boasted nearly 20,000 people and now supports just a little over 100 people year-round.

Though Oatman is only a shadow of its former self, it is well worth a visit to this living ghost town that provides not only a handful of historic buildings and photo opportunities but costumed gunfighters and 1890s style ladies as well as the sights of burros walking the streets.

For old-school nostalgia, make a stop in Seligman, “the Birthplace of Historic Route 66,” which inspired the look of Radiator Springs in the Pixar movie “Cars.”

Holbrook, also on Route 66 is a small town with plenty of classic vintage Route 66 motels and many historical landmarks like the famous Wigwam Motel and Petrified Forest National Park (see below).

There’s no way you can drive through Arizona without paying a visit to one of the Seven Natural Wonders of the World—the Grand Canyon. Over 4 million (4.5 million in 2021) people come from around the world every year to see the mile-deep, 18-mile wide canyon. It’s even more impressive in person than in photos.

The idea of gazing over an old forest might pale in comparison to overlooking the vast Grand Canyon. However, this semi-arid grassland is a sight to behold too! In the Petrified Forest National Park, a variety of paleontological exhibits and petroglyphs awaits you. Visitors can choose to experience the park through hiking trails such as the Giant Logs Trail and the Painted Desert Rim or opt for a 28-mile drive.

Just south of the Arizona-Utah state line is Vermilion Cliffs National Monument with some of the most spectacular trails and views in the world. The swirls of colors in the rocks make for some eye-popping photographs.

The two beautiful Navajo Bridges that span the Colorado River’s Marble Canyon may look identical but they were built more than 65 years apart. The first bridge opened to traffic in 1929 and was, at the time, the highest steel arch bridge in the world. However, it was not designed to carry modern-day traffic and its replacement was more than twice as wide opened in 1995. Rather than dismantling the original bridge, they left it in place to allow pedestrians to enjoy the spectacular view of the river 467 feet below.

A comparatively little-known canyon, Canyon de Chelly (National Monument) has sandstone walls rising up to 1,000 feet, scenic overlooks, well-preserved Anasazi ruins, and an insight into the present-day life of the Navajo who still inhabit and cultivate the valley floor. The northernmost and southernmost edges are accessible from paved roads. The South Rim Drive offers the most dramatic vistas ending at the most spectacular viewpoint, the overlook of Spider Rocks—twin 800-foot towers of rock isolated from the canyon walls.

Related Article: Why Arizona is the Ultimate Road Trip Destination

Campgrounds and RV parks along this route

With so much to explore, you may want to book a campground or RV park along the route. Here are some recommendations for places to rest your weary heads:

The wonders of the Grand Canyon cannot be adequately represented in symbols of speech, nor by speech itself. The resources of the graphic art are taxed beyond their powers in attempting to portray its features. Language and illustration combined must fail.

—Major John Wesley Powell, Exploration of the Colorado River and Its Canyons