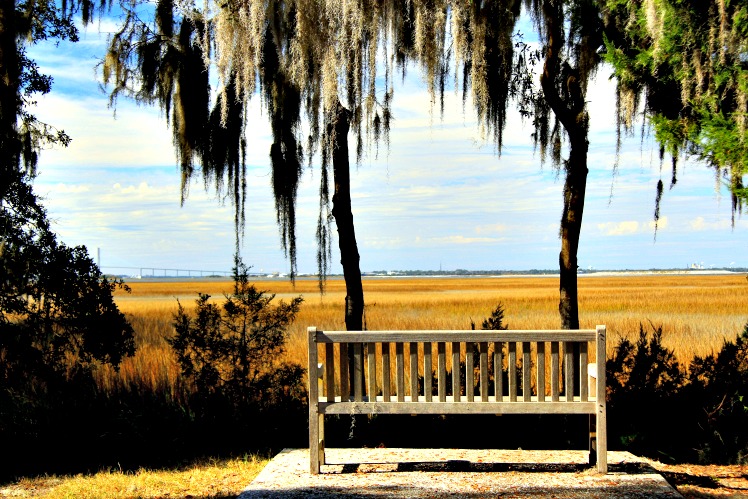 Get away to new adventures and wide-open beaches. It’s the perfect time to discover why this coastal haven is an escape unlike any other.

When the State of Georgia bought Jekyll Island and the exclusive Jekyll Island Club for use as a state park 75 years ago, Governor M.E. Thompson declared the island “a playground that now belongs to every Georgian.” For the first time in its history, a sizeable portion of Georgia’s coastline became available for public use. Plans were quickly implemented to “transform Jekyll into the finest seashore park in America,” from a fading millionaire’s retreat to a public treasure.

A century ago, Jekyll Island provided a winter escape for a handful of America’s wealthiest families who valued its natural beauty, mild climate, and seclusion.

They built magnificent “cottages” and a grand, turreted clubhouse on a sliver of the island’s 5,700 acres, preserving the remainder for hunting, fishing, and outdoor pursuits. Today, a bike ride across Jekyll reveals remnants of that grandeur, some of it vividly restored, some in ruins—along with modest campgrounds, facilities devoted to public education, pristine new hotels and shops, and, still, vast swaths of untamed landscape.

Pre-Colonial era: Believed to be called Ospo by Native Americans, the island is fertile ground for hunting, fishing, and shellfish gathering.

1735: British colonial trustees grant 500 acres on Jekyll to William Horton who establishes the South’s first brewery on the island.

1792: Privateer Christophe DuBignon buys the property. For close to a century, the DuBignon family lives on the island growing cotton and promoting it as a hunting getaway.

1861: Confederates occupy the island during the Civil War abandoning it to Union forces in 1862.

1886: A consortium of northern businessmen, among them J.P. Morgan, Joseph Pulitzer, and William Vanderbilt, buys the island from the DuBignons and creates the Jekyll Island Club, used mainly during winter.

1948: Jekyll Island opens as a state park. Visitors can rent its cottages and facilities for the same cost as at other state parks.

1950: The Jekyll Island Authority is created with a mandate to operate the island at no cost to the state while protecting it from overdevelopment.

1954: The drawbridge to the island is completed. (Prior to this, visitors could only reach it by boat or plane.)

1964: Jekyll is integrated through a court order.

1984–1986: The Club’s centerpiece clubhouse is renovated and reopens as a historic hotel.

2010: The Hampton Inn opens, the first new hotel built on Jekyll in more than thirty years.

The Jekyll Island Club members created an exclusive Gilded Age island retreat for family and friends on this barrier island. Those empire builders shaped America’s future, now step into their past. This guided trolley tour of the 240-acre historic district includes entry into Indian Mound Cottage and admission into the Mosaic Gallery and Faith Chapel at your leisure. The tour lasts 60 minutes and begins at Mosaic, Jekyll Island Museum.

Jekyll Island is home to more than a thousand acres of maritime forest, 10 miles of shoreline, and marshes filled with many wonders. Learn more about the island’s natural resources from Jekyll’s park ranger during these unique eco-experiences. Public and private tours are available.

Bicycling has long been a favorite activity on Jekyll Island. With more than 22 miles of picturesque paths and trails, biking offers a scenic way to see all of the island’s hallmark points of interest. Paths wind around sand dunes, beaches, and historic sites while ancient oaks offer ample shade. Bikes can be rented from Jekyll Island Bike Barn, Beachside Bike Rentals, and Jekyll Wheels.

Related: Spotlight on Georgia: Most Beautiful Places to Visit

Since 2007, the Georgia Sea Turtle Center has treated hundreds of sick and injured turtles with most of the animals returning home to the ocean. Georgia’s only sea turtle education and rehabilitation facility is open 9 am-5 pm daily. The Center offers the public a chance to learn about sea turtles and see rehabilitation in action with a host of interactive exhibits and experiences. Year-round indoor and outdoor programs are also available for guests of all ages.

The history, the challenges, the serenity, and the courses—these are the things that go into making golf “the greatest game there is.” Jekyll Island has a tradition of inspiring some of golf’s greatest stories and living up to expectations.

In 1898, members of the Jekyll Island Club created the island’s first golf course. The island has been a heralded golf destination ever since attracting such acclaimed designers as Donald Ross, Walter Travis, and Joe Lee—as well as players from around the world.

Each course is a masterpiece. Imagine playing through some of Jekyll Island’s most pristine lakes, marshes, and forests. There are very few man-made obstructions here. But you will have to navigate the island’s alligators, osprey and deer.

Park your RV under the magnificent oaks on the northern tip of Jekyll Island. Located opposite the Clam Creek Picnic Area, you are near Driftwood Beach, the fishing pier, and fascinating historic ruins. For your convenience, there are camping supplies and a General Store for those pick-up items, and bike rentals, so you can explore all that Jekyll Island has to offer.

The Jekyll Island Campground offers 18 wooded acres on the Island’s north end with 206 campsites from tent sites to full hook-up, pull through RV sites with electricity, cable TV, water, and sewerage. Wi-Fi and DSL Internet is free for registered guests.

Read Next: Historic St. Marys: Gem of the Georgia Coast

A playground that now belongs to every Georgian.