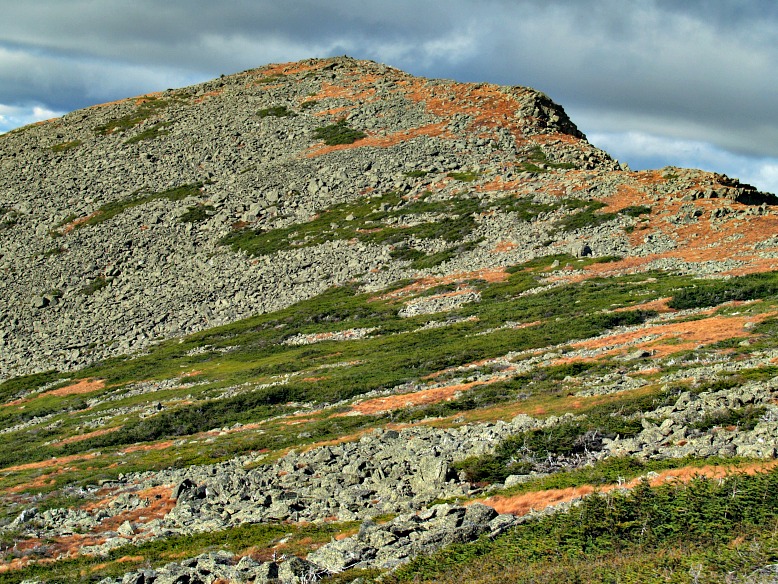 State nicknames say a lot about a place and when it comes to New England, nature reigns supreme. Maine is the Pine Tree State, Massachusetts is the Bay State, Vermont is the Green Mountain State. Although New Hampshire’s is known as the Granite State, a lesser-known but equally as important moniker is the White Mountain State. The latter speaks to its arguably most visit-worthy area.

The White Mountains—home to Mount Washington, the tallest peak in the Northeast—offers up the staples that travelers come to New England for: general stores, maple syrup, rolling landscapes.

Head to Mount Washington for a scenic ride aboard a legendary cog railway followed by general store hopping to stock up on local cheese, fudge, and booze. Whatever you choose to do during your time in the White Mountains, you’ll always be surrounded by glorious peaks that give the region its name.

Hot tip: New Hampshire has no sales tax, so stop at the various NH Liquor and Wine Outlets hugging the highway. When in New Hampshire!

Sure, seeing the mountain with the tallest peak in the Northeast is cool, but stepping foot on it? Bragging rights granted.

Mount Washington is one of 13 mountains that makes up the Presidential Range with more than half its peaks named after US presidents. Being the tallest of them all, Mount Washington is equipped with a cog railway built in 1868 that brings passengers up the mountain. While the summit isn’t reachable in the winter due to weather conditions, a train can get you to Waumbek Station, located at an elevation of 4,000 feet (about two-thirds up the way).

If you prefer to drive, Marshfield Station is a fully accessible stop that stays open to visitors all year round, situated at an elevation of 2,700 feet. You’ll still get some pretty snappable views, plus you can pop into the Cog Railway Museum for a quick history lesson and refreshing bevvy.

From the opposite (Pinkham Notch) side of the mountain, you can drive up the six-and-a-quarter-mile-long Mount Washington Auto Road or ride a van operated from Great Glen Trails. Climbers have the choice of several trails but should be aware of the mountain’s unpredictable and sudden weather changes.

Nothing feels better than getting to the entrance of a general store knowing that on the other side, shelves of jarred jams, homemade fudge, maple sweets, and every trinket you could imagine await you. That’s exactly what you’ll get at Zeb’s General Store in North Conway where maple syrup greets you at the door.

Speaking of maple syrup, Fadden’s General Store and Maple Warehouse in North Woodstock makes the good stuff in their very own backyard. Harman’s Cheese & Country Store in Sugar Hill produces their own cheese including their famous “really-aged cheddar” that, as the name suggests, has been aged for a really long time: more than two years. Locals eat this stuff up.

Eat award-winning pancakes, syrup, and other goodies. The syrup talk is not over, my friends (it never is when you’re in New Hampshire), especially when there’s still pancakes to discuss—and in the White Mountains, that means Polly’s Pancake Parlor in Sugar Hill. This spot isn’t just good: Polly’s won a James Beard Foundation Award in 2006. Go big with a fluffy stack of pancakes drizzled in maple syrup and don’t forget a dollop of their homemade maple spread.

Another place to get your breakfast fix: Benton’s Sugar Shack in Thornton which serves the perfect plate of face-sized pancakes and crispy bacon alongside their homemade maple syrup (so you can buy your syrup and eat it, too).

Switching forms of sugar, the next stop is Chutters in Littleton, home to the world’s longest candy counter of 112 feet with over 500 varieties to choose from.

And, if you’re making your way to Lincoln, pop by Moon Café & Bakery for some of their warm, gooey brownies that pair perfectly with a cup of hot cocoa.

While the Omni Mount Washington Hotel in Bretton Woods is tucked away from the main drag, it’s almost impossible to miss it with Mount Washington hovering over like a halo. Once you walk into the lobby, you’re transported back to 1902 when the hotel first opened. It’s even rumored that the owner’s wife, Carolyn, still lives in the hotel (don’t worry, a friendly tenant), and ghost aficionados jump at the opportunity to book her old quarters in Room 314.

For unwinding, there are two heated pools (one indoor, one outdoor), hot tubs, a spa, and outdoor fire pits for s’more-making. Grab dinner at the Main Dining Room which underwent renovations last year. And when you’re starting to itch for adventure again, you can book an onsite activity like a canopy zip line.

Seventy miles south of Bretton Woods, Castle in the Clouds is home to Lucknow, an Arts and Crafts-style 16-room mansion built in the Ossipee Mountains in 1914. The 135-acre estate provides one of the most stunning views of Lake Winnipesauke, surrounding mountains, and over 5,500 acres of conserved land.

Enjoy self-guided tours of the mansion and guided tours of its basement. The on-site Carriage House offers dining in its highly-acclaimed restaurant in vintage horse stalls and amidst panoramic lakeside views on the terrace. You can also spend time walking or hiking along 28 miles of trail managed by the Lakes Region Conservation Trust taking in the beauty while weaving along brooks and streams and exploring seven different waterfalls. For those that prefer horseback, Riding in the Clouds offers trail rides, carriage rides, and pony rides.

The west side of the lake is the most developed especially around kid-friendly Weirs Beach and more trendy Meredith while the eastern resort town of Wolfeboro is quieter. Water sports are abundant with sailboats, kayaks, and motorboats vying for water space with the historic cruise boat, M/S Mount Washington.

The Loon Center and Markus Wildlife Sanctuary in Moultonborough protects breeding waters of these treasured birds and offers visitors a chance to learn about them. Nature and wildlife is also the focus of Squam Lakes Natural Science Center which operates nature cruises on this well-protected lake that was the setting for On Golden Pond.