Discover these UNESCO heritage sites on your next RV road trip 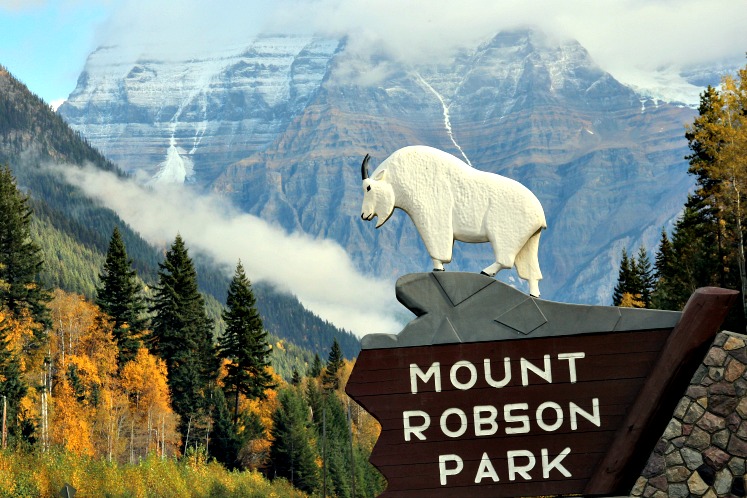 Even if you’ve explored Everglades National Park in Florida and caught glimpses of alligators, manatees, and other wildlife, or visited Independence Hall in Philadelphia where important chapters in the birth of the United States were written, did you know that they’re among 24 places throughout America honored as World Heritage Sites by the United Nations Educational, Scientific and Cultural Organization?

And, there are 20 World Heritage Sites in Canada and each one is special in its own way.

UNESCO designates natural destinations and cultural attractions that are “of outstanding universal value” and meet one or more of 10 criteria. Among these are to exhibit “exceptional natural beauty,” provide habitats for threatened species, and be associated with events of “universal significance.”

Among diverse places on the list are East Africa’s Serengeti region, Australia’s Great Barrier Reef, the pyramids of Egypt, and great castles and cathedrals throughout Europe.

UNESCO sites in the United States and Canada are equally varied. They range from alluring mountain parks to an ancient pueblo, from architectural treasures to cultural icons. You might like to use them as a wish list of places to visit in the future.

It’s no surprise that Everglades National Park is included on the UNESCO list. It’s the largest tropical wetlands and forest wilderness in the country, the biggest mangrove ecosystem in the Western Hemisphere, and the most significant breeding ground for tropical wading birds in North America. It’s also home to 36 threatened or protected species.

The setting is very different in the Waterton-Glacier International Peace Park which straddles the Rocky Mountains along the U.S.-Canadian border. It’s an area of soaring snow-capped mountains, high-altitude lakes, and rushing glacier-fed rivers where cedar hemlock forests and alpine tundra provide habitats for more than 300 species of animals. The park serves as a symbol of goodwill between Canada and the United States.

There are 54 World Heritage Sites in North America and each one is special in its own way. But, which ones are worth the visit? To help you figure out which sites to see, we’ve ranked each World Heritage Site based on quality of experience, RV accessibility, “wow” factor, popularity, and significance in history and culture.

However, it’s impossible to say one is better than the other. So, in the end, we leave the decision up to you.

Sprawling below the Chihuahuan Desert is an extensive cave system waiting to be discovered. Bats are the primary residents of this site which UNESCO recognizes for both its beauty and ongoing geologic activity that scientists can study. Carlsbad Caverns in New Mexico include some 100 limestone caves that form an otherworldly underground labyrinth.

One massive chamber, almost 4,000 feet long, is called the Big Room. Among names given to other caves are Kings Palace, Papoose Room, and Hall of the White Giant. The hundreds of thousands of bats that live in the caverns emerge around sunset to seek their evening meal. It’s also home to a section of the Capitan Reef, one of the world’s best-preserved and most accessible fossilized reefs.

The Pueblo people definitely left their mark on the American West, and their way of life remains intact at sites like Mesa Verde. The region is chalk full of thousands of archaeological sites including 600 cliff dwellings dating back to the 5th century. Carved into cliffs sitting 8,500 feet above sea level and surrounded by inhospitable desert landscapes, the tenacity and ingenuity of these ancient people is undeniable.

The park entrance is about 45 minutes from Durango and the best time to see Mesa Verde is May through October when some of the dwellings allow the public to visit. Check out the tons of petroglyphs all along the Petroglyph Point Trail.

On your visit to Texas, expect to see a lot of missions—they’re everywhere, especially in San Antonio. First up was Mission San Antonio de Valero, also known as the Alamo which Franciscan priests built to help Spain and the Catholic Church colonize, convert, and defend New Spain. Over the next 13 years, four more missions were built along a 10-mile stretch of the San Antonio River, and together they make up an impressive UNESCO site.

The Alamo is impressive, but if you want to see the best mission, check out the “queen” of all the San Antonio Missions—Mission San José. Once the heart of a vibrant Spanish community founded in the early 18th century, San José attracted people from all over the area. The church was built in 1768 and is still standing today.

Tennessee and North Carolina share the Great Smoky Mountains National Park which is home to the oldest mountains in the U.S. as well as over 3,500 plant and animal species. The park draws more visitors than any other national park in the country, and it’s not difficult to see why. Between rolling, mist-covered hills, crisscrossing trails, and expansive vistas, this gorgeous national park truly takes your breath away.

The best seasons to visit the park are autumn and spring when you’ll get a firework display of fall colors and a dense covering of wildflowers. Must-see spots include Mogo Falls, the park’s tallest waterfall and the peak of Mount Cammerer where you’ll be rewarded with incredible 360-degree views.

One of the Seven Wonders of the World, Grand Canyon National Park has been around for millions of years and is still going strong. The mile-deep canyon draws visitors from all over the planet to gaze into its depths, marveling at red and burnt orange rock formations and the carved work of the Colorado River. A visit to the park will awaken your spirit of the American Southwest as you learn about Native American culture and stand in awe of the canyon’s sheer magnificence.

The South Rim is open year-round, but to beat the crowds visit during the spring or fall when balmy temperatures offer a pleasant climate for activities like hiking and camping.

The unusual landforms of Writing-on-Stone / Áísínai’pi resulted from the dynamic interaction of geology, climate, and time. In a dramatic landscape of steep-sided canyons and coulees, sandstone cliffs, and eroded sandstone formations called hoodoos, Indigenous peoples created rock art in what is today Southern Alberta. Thousands of petroglyphs and pictographs at more than 138 rock art sites graphically represent the powers of the spirit world that resonate in this sacred landscape and chronicle phases of human history in North America including when Indigenous peoples first came into contact with Europeans.

From an extensive cave system and mile-deep canyon to an ancient pueblo and scenic splendor, UNESCO sites throughout the U.S. and Canada have varied and very intriguing stories to tell.