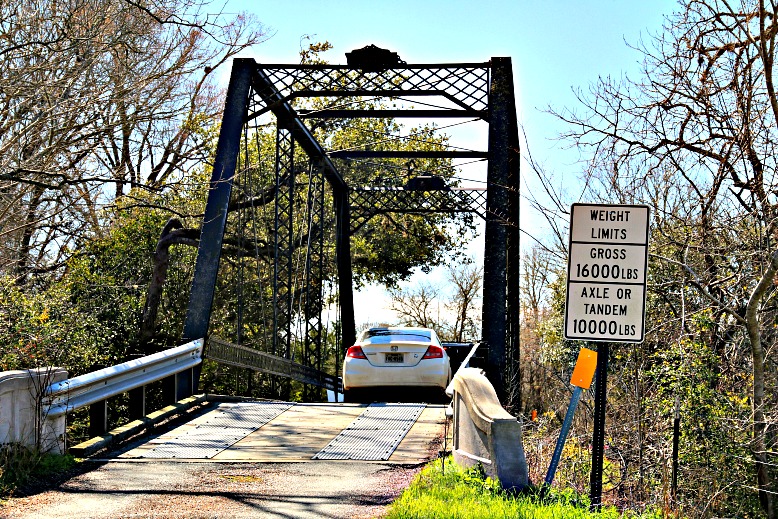 Texans’ love for Texas runs deep and unsurprisingly, the musically inclined among us tend to share a common muse—the state itself.

Musicians have written endlessly about their affection for and occasional vexation toward the Lone Star State. There are thousands and thousands of songs about Texas. So many so that the sheer number of Texas tunes has spawned its own subset of songs—songs about songs about Texas.

In one such tune, aptly titled “Songs About Texas,” Pat Green sings, “I tell you friends there’s a song in every town,” implying that there’s a song about every Texas town.

A thorough internet search proves that Green isn’t entirely right, but he isn’t entirely wrong either. Though there isn’t a song for every one of the state’s many places—the great state of Texas boasts more than 1,200 incorporated cities—there are several stellar songs about Texas towns which I started assembling here.

The music showcased in my playlist stretches across decades, genres and, of course, the state’s varied geography. On the list are Bob Wills & His Texas Playboys’ “I’m a Ding Dong Daddy from Dumas,” Waylon Jennings’ “Luckenbach, Texas (Back to the Basics of Love)” and George Strait’s “Amarillo By Morning.”

You can peruse the full list of songs about Texas towns below.

“No Place But Texas” by Willie Nelson

Key lyrics: God painted the bluebonnets in the fields / By a tough little scrub oak on an East Texas hill / And he plucked the star from a lone star sky / And he put it in the twinkle of a cowboy’s eye / The wide open spaces he made wild and free / Texas as far as any eye can see / And he made her sons grow tough and strong / They still cry when they hear a sad song

Key lyrics: I danced with an angel one night ‘neath the stars / While cowboys were singing and playing guitars / The tune they were playing was a beautiful waltz / And they called it Bandera and the Bandera Waltz

Key lyrics: All the way from Beaumont / With a white rose in my hand / I could not wait forever babe / I hope you understand

Key lyrics: When the sun comes up on a sleepy little town / Down around San Antone / And the folks are risin’ for another day / ‘Round about their homes / The people of the town are strange / And they’re proud of where they came / Well, you’re talkin’ ‘bout china grove / Oh, China grove

Key lyrics: Well, I miss College Station / Them boys were good to me / Well, I burned North Gate down / I been the life of the party / I seen that twelve man town / Through a tailgate sea

Key lyrics: I worked the rigs from three to midnight / On the Corpus Christi Bay / I’d get off and drink till daylight / Sleep the morning away / I had a plan to take my wages / Leave the rigs behind for good / But that life it is contagious / And it gets down in your blood

Dallas: “Dallas” by The Flatlanders

Key lyrics: Her name is Rio and she dances on the sand / Just like that river twists across a dusty land / And when she shines, she really shows you all she can / Oh Rio, Rio dance across the Rio Grande

Key lyrics: I reckon you all don’t know me at all / I just got here today / My home is way down in a little town / It’s not so far away / Everybody for miles around / Calls me by my name / Now that I am in your fair town / You must do the same / For I’m a / Ding dong daddy from Dumas / You ought to see me do my stuff

Key lyrics: From thirty thousand feet above / The desert floor, I see it there below / A city with a legend / The west Texas city of El Paso

Fort Worth, “Does Fort Worth Ever Cross Your Mind?” by George Strait

Key lyrics: Cold Fort Worth beer, just ain’t no good for jealous / I’ve tried it night, after night / You’re in someone else’s arms in Dallas / Does Fort Worth ever cross your mind?

Key lyrics: Galveston, oh Galveston / I still hear your sea waves crashing / While I watch the cannons flashing / I clean my gun / And dream of Galveston

Key lyrics: I’m mighty glad / You were going my way / In your brand new clothes there / And your great big Chevrolet / I’m going down to Haskell / Got a woman down in Abilene

Houston: “Houston (Means that I’m one day closer to you)” by The Gatlin Brothers

Key lyrics: They caught me on a caper that I planned for days / And proved everything I’ve done / I’m on my way to Huntsville / But I’m looking for a chance to run

Key lyrics: Rumor spreadin’ ‘round / In that Texas town / About that shack outside La Grange / And you know what I’m talkin’ about / Just let me know if you wanna go / To that home out on the range / They got a lot of nice girls

Laredo: “The Wheels of Laredo” by The Highwomen

Key lyrics: On a winter night in Webb County, Texas / On the North Bank of the mighty Rio Grande / I was watching the jungle fires a-burnin’ / Across the border of a not-so-distant land / And the echoes of the church bells that were swingin’ / Could be heard from Guadalupe Market Square / There was a girl down there in the south side of the river / She had feathers tied into her long black hair

Key lyrics: Flatter than a tabletop / Makes you wonder why they stopped here / Wagon must have lost a wheel or they lacked ambition one / On the great migration west / Separated from the rest / Though they might have tried their best / They never caught the sun / So they sunk some roots down in the dirt / To keep from blowin’ off the earth / Built a town around here / And when the dust had all but cleared / They called it Levelland, the pride of man / In Levelland

Key lyrics: So I’ll drive all night long / Until I find where we went wrong / But there’s no love in sight / Just those lonely Lubbock lights

Luckenbach: “Luckenbach, Texas (Back to the Basics of Love)” by Waylon Jennings with Willie Nelson

Key lyrics: Let’s go to Luckenbach, Texas / With Waylon and Willie and the boys / This successful life we’re livin’ / Got us feuding like the Hatfields and McCoys / Between Hank Williams’ pain songs and / Newbury’s train songs and ‘Blue Eyes Cryin’ in the Rain’ / Out in Luckenbach, Texas, ain’t nobody feelin’ no pain

Key lyrics: If you’d like to get to know me / I know who I am / Lay off that sweet talk / Let go of my hand / Just take one step back / And give me some space / Don’t stay away / And I’ll take you someplace

Key lyrics: Fare to Midland is all that I need / If I had fair to Midland, I’d take the first seat / On a fast train, bus, or plane / Which ever proved the quickest way for me

Key lyrics: North of the border of Old Mexico / I rode one day to the cowtown of San Angelo / A hot sun was glowing, a hot breeze was blowing / Still not as warm as the lips that I waited to kiss

Key lyrics: Deep within my heart lies a melody / A song of old San Antone / Where in dreams I live with a memory / Beneath the stars all alone / It was there I found beside the Alamo / Enchantment strange as the blue up above / A moonlit pass that only she would know / Still hears my broken song of love

Key lyrics: I’m from San Benito, Texas / Down a dirty dusty road / There was sugarcane and cotton / How I used to watch it grow

Key lyrics: Headin’ on down to Santa Fe / Seem like I have / Lost my way / There was something I did not see / But, oh Lord she had a hold on me

Key lyrics: Velma from Selma / Won’t you please tell me what to do / You wanna be my lover / We got some ground to cover / ‘Cause I sure don’t wanna be no enchilada

South Padre: “Somewhere Between Texas and Mexico” by Pat Green

Key lyrics: And if the good Lord see the way / To let me live one more day / I’m so tired of being alone / Gonna ride a white horse over Durango Mountain / And make Sweetwater Texas my home

Key lyrics: The nights would pass so quickly / But there’s a feeling that still lingers on / As we pass around the tomb / That big yellow moon lights us up / ‘Neath the Terlingua Sky

Key lyrics: I hear you singing in the wire / I can hear you through the whine / And the Wichita lineman / Is still on the line