Looking for the best small towns to visit in the Lone Star State? We’ve got you covered. 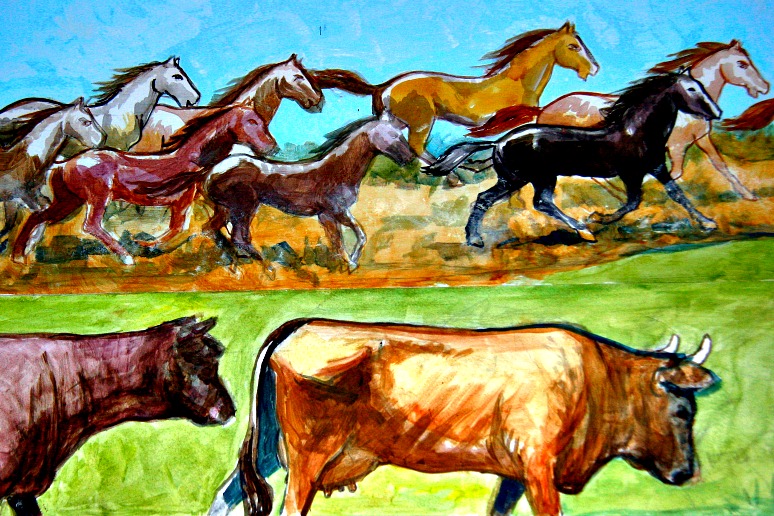 These burgs might not be as flashy or as big as cities like Houston and San Antonio but the warm hospitality and eclectic attractions are found in the sparsely populated patches up in the hills, through the plains, and along the coast are well worth a trip to explore. So put on your boots, and hit the back roads. and get ready to say “Howdy, y’all” to these small Texas towns!

Here are a few suggestions for unique small towns in Texas to add to your next getaway in the Lone Star State.

The site of one of the most infamous battles of the Texas Revolution, Goliad, is a top spot for history buffs traveling through Texas. Goliad is the third oldest municipality in Texas and is the County Seat of Goliad County, which is one of the oldest counties in all of the state.

The original name for Goliad was Santa Dorotea, noted by the Spaniards in the 16th century. It was then changed to Goliad in 1829 with religious origins. Places to visit include the Goliad State Park and the General Ignacio Zaragoza state park and historic site.

Speaking of beloved American beverages… Shiner, Texas is home to 2,069 people, Friday’s Fried Chicken, and—most famously—the Spoetzal Brewery where every drop of Shiner beer is brewed. Tours are offered throughout the week where visitors can see how every last drop of their popular brews gets made.

Tours and samples are free. Founded in 1909, the little brewery today sends more than 6 million cases of delicious Shiner beer to states across the country. Founder, Kosmos Spoetzal, would be pretty proud! To which we say “Prosit!”

Anglers have access to a number of public boat launches and fishing piers around town such as those at Bayfront Peninsula Park, Lighthouse Beach, and Magnolia Beach. Along with all the fishing, Port Lavaca is a bird watcher’s delight. Lighthouse Beach offers a birding tower and walkway for getting out among the wetlands creatures of the bird sanctuary, but it is just one of many places around town to bird watch.

You may have passed this county seat because you were too busy looking at your fuel gauge. It’s on Highway 77 on route to The Valley between Kingsville and Raymondville. Sarita was once part of the Kenedy Ranch and John G. Kenedy named the town after his daughter Sarita Kenedy East when it was established in 1904 as a center for the ranch and the Kenedy Pasture Company. Kenedy Ranch Museum is worth a visit.

Take a picture of the Courthouse as I did, nobody will bother you. Look for gophers in the courthouse lawn. There isn’t much more to do. Population is up from 185 in 1993.

Alamo’s claim to fame as the “Refuge to the Valley” illustrates its symbiotic relationship with the adjacent Santa Ana National Wildlife Refuge, an internationally renowned birding destination. The subtropical thorn forest along with the resacas draw birds such as tropical green jays, Altamira orioles, great kiskadees, and chachalacas.

After exploring the refuge, check out the Mercadome Flea Market and Alamo Dance Hall which draws thousands of weekend visitors to shop, eat, and move their feet to the sound of accordion-driven conjunto and norteño music.

With its rolling hills and relaxed pace, Schulenburg will put a little oompah in your step. Located at the intersection of Interstate 10 and US 77, Schulenburg may be best known as a reliable stop for a kolache fix. But with its roots in German and Czech settlement, this little town offers outsized cultural attractions including spectacular painted churches, the Texas Polka Music Museum, and the Stanzel Model Aircraft Museum.

Nestled in the heart of the Texas Hill Country, Kerrville stands as a gorgeous getaway from the hustle and bustle of the city. From its many public parks to the picturesque Guadalupe River that runs right through downtown, Mother Nature is truly the star here. In short, finding enjoyable things to do in Kerrville is as simple as stepping outside. Visitors also travel to Kerrville for its music festivals, arts and crafts fairs, outdoor sports and activities, shopping, and world-class dining.

Houston and Austin can quibble all they want about who has the best barbecue, but the clear winner is Lockhart. This small town 35 miles south of Austin is the Barbecue Capital of Texas—and that’s not just a municipal marketing ploy. The Texas State Legislature passed a resolution in 2003 officially giving Lockhart the title.

Hundreds of thousands of people make the trek to Lockhart every year where four barbecue joints cook up mouth-watering meats made by legendary pitmasters. Here, meat is served in boxes by the pound and eaten off butcher paper on long, wooden tables.

Few Texas towns can claim a past as colorful or well preserved as Fort Stockton. The best way to experience these cultural treasures is to take a self-guided driving tour beginning at the Visitor Center inside the railway depot that was built in 1911. During the tour, you’ll pass more than a dozen legendary sites such as the Pecos County Courthouse, the Historic Old Jail of 1884, the “Oldest House” that is believed to have been built as early as 1855, and the Comanche Springs Pool. Following this route takes you to some of Fort Stockton’s most fascinating places, a great way to get acquainted with this exceptional West Texas town.

Port O’Connor is a small fishing village on the Texas Coast. It is often known as the “Best Kept Secret on the Gulf Coast” for its relaxing, laid-back atmosphere, and numerous fishing and boating venues. The most common activity in Port O’Connor is fishing followed by recreational boating and coastal sightseeing.

The Port O’Connor area is an excellent place for birding. Some places to view birds in town are at the Nature Park at Boggy Bayou, King Fisher Beach, and the Little Jetties as well as walking the residential areas.