From Clingmans Dome to pioneer history 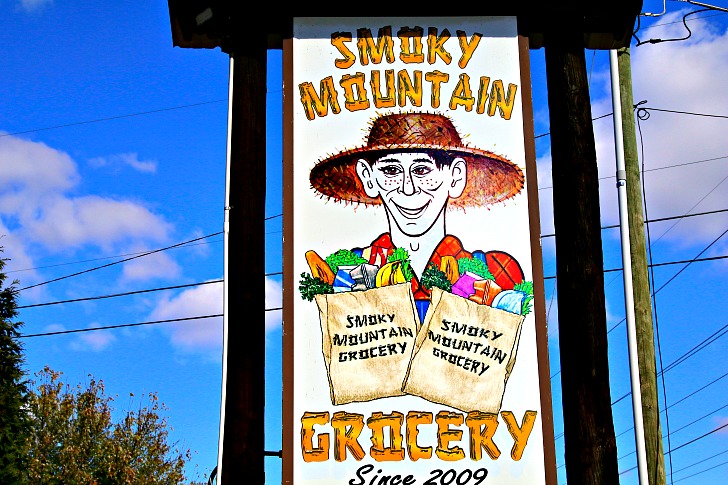 Gatlinburg, Tennessee is known as the Gateway to the Smokies for a reason. This tiny East Tennessee mountain resort with a population of just 3,754 is nestled against the western edge of Great Smoky Mountains National Park. The Smoky Mountains are a wild expanse of rounded ridges, often shrouded by the mists that give the national park its name.

The Smokies are part of the vast Appalachian chain among the oldest mountains on the planet. Formed more than 200 million years ago these ancient peaks were once much higher but have been worn down by the eons of time. You can contemplate that remote past while huffing your way up to the top of a 6,000-foot peak overlooking the seemingly endless expanse of undulating ridges that stretch off into the distance. There are mesmerizing viewpoints all across the park as well as one mountaintop lodge that can only be reached by foot.

The sun-dappled forests of the Great Smoky Mountains are a four-season wonderland. Rich blooms of springtime wildflowers come in all colors and sizes while flame azaleas light up the high-elevation meadows in summer. Autumn brings its own fiery rewards with quilted hues of orange, burgundy, and saffron blanketing the mountain slopes. In winter, snow-covered fields and ice-fringed cascades transform the Smokies into a serene, cold-weather retreat.

This mesmerizing backdrop is also a World Heritage Site harboring more biodiversity than any other national park in America.

Related: Springtime in the Smokies

As well as Gatlinburg, other Tennessee towns offering easy access to the national park include Cosby, Pigeon Forge, Sevierville, and Townsend.

Because the park is so big—spanning two states, Tennessee and North Carolina—it can be hard to know where to start exploring. This is also the most-visited national park in the United States with more than 14.16 million visitors in 2021 so it can take a little planning to get away from the crowds. Fortunately, Gatlinburg makes it easy for first-timers to get outdoors both inside the national park and at smaller but no less lovely parks inside the city limits.

Whether you’re looking for a family-friendly space to get outside or the best ways to get into the national park, we’ve got you covered. Here are my top picks of Gatlinburg’s green spaces.

If you’re looking for an easily accessible way to see the Smokies, this 5.5-mile looping driving trail should be your go-to. As you slowly make your way down a winding paved road, you’ll pass gorgeous forest scenery and plenty of spots where you can pull over for woodland hikes or soak up the vistas from scenic overlooks.

The trail is named for Roaring Fork, a fast-moving mountain stream, and its tributaries create several surging cascades along the route including Grotto Falls reached via an easy 2.6-mile round-trip hike and Rainbow Falls at the end of a more challenging 5.4-mile tramp. Near the end of the loop, the Place of a Thousand Drips spills dramatically through the forest but it only performs during wet weather.

Related: Great Smoky Mountains: Most Visited National Park…and We Can See Why

There’s history here too. Built in the 1920s by an eccentric lawyer seeking a healthier life in the wilderness, Ely’s Mill is no longer a working mill but stopping here gives a sense of what agricultural life was like in these mountains in the past. Today, there’s a shop with locally-made crafts some rather charming wood cabins where you can spend the night and demonstrations of blacksmithing and other traditional skills.

To get to Roaring Fork Motor Nature Trail, turn left at Traffic Light 8 in Gatlinburg and follow the signs to the national park. En route, you’ll pass the worn, wooden facade of Noah ‘Bud’ Ogle Place, a historic 19th-century homestead offering another evocative glance into the region’s past.

The 11-mile Cades Cove Loop Road is one of the park’s most popular driving routes starting about 30 miles southwest of Gatlinburg. Between town and Cades Cove you’ll pass Metcalf Bottoms one of the Smokies’ biggest and best picnic areas with a swimming area set on a pretty stretch of the Little River. The scenery along the Loop Road is stunning and there are numerous historic stops including restored churches and pioneer cabins and the old Cable Grist Mill built in 1867 but it can get very busy all along the route. If possible, avoid weekends especially during fall.

Historically, Cherokee and other Native American peoples used Cades Cove as a way to traverse the Smokies on foot (the valley was named for Cherokee leader, Chief Kade). Modern park visitors like to drive through this meadow-like section of the park scanning the verges for wildlife. Cades Cove is famous for black bear activity; you’re likely to see them as well as wild turkeys, rabbits, river otters, elk, and woodchucks.

While it’s best known as a driving loop, every Wednesday and Saturday morning from May to September, the route is closed to cars so you can walk or cycle (rental bikes are available). The Visitors Center near the midpoint of the driving loop is a solid source of information for deeper explorations.

At 6,643 feet, Clingmans Dome is the highest point in the Great Smoky Mountains National Park offering remarkable 360-degree views over a rippling sea of forested hills from the top of its curving, concrete observation tower. You’ll need to walk up a steep, paved half-mile-long footpath to get here (wheelchairs are not recommended because of the slope) but once you get to the top, you’ll have conquered the third-highest peak in the eastern United States.

The views are spectacular, particularly in fall when the changing foliage repaints the landscape in a palette of reds, browns, and golds.

Related: Now Is the Best Time to Visit the Smokies

To get here, drive about 23 miles south from Gatlinburg along the Parkway; Clingmans Dome is at the end of a 7-mile spur road.

Each year thousands of backpackers
Climb the Great Smoky Mountains…
Nature’s Peace flows into them
as Sunshine flows into Trees;
the Winds blow their freshness into them…
and their cares drop off like Autumn Leaves.