The stories behind their names 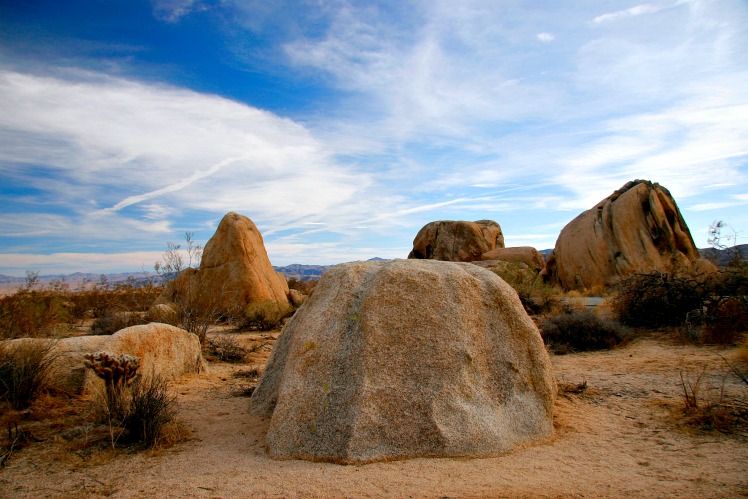 What’s in a name? A lot, it seems, especially in America’s varied national parks. These vast landscapes of pristine and brilliant nature teeming with wildlife, plants, and rare geological formations have history—much of which can be told simply through their names. Some are named after people while others have Native American names with intriguing meanings. Here’s the lowdown on how 10 of America’s national parks got their monikers.

The early French-Canadian trappers called the region which includes the present-day national park, Le Mauvaises terres a traverser which translated means “bad lands to travel across.” Other traders applied the term “bad lands” to this locality as well as to any section of the prairie country “where roads are difficult….”

For hundreds of years, the Dakota people have also described this area as Mako Sica which translates to “bad lands”. This is largely due to the area’s harsh terrain—its lack of water and rocky surfaces meant it was tricky to traverse. The name has stuck in its English form to this day.

Badlands National Park is still pretty rocky and parched but it’s not so bad to travel through these days thanks to the many hiking trails that make its dramatic and unusual landscapes accessible. Take a walk here and you’ll get to see fossils from the now-extinct animals that once thrived here. You can also meet the bighorn sheep, pronghorns, and deer that roam the region and gaze upon some of the most striking geologic formations in the US.

The Grand Canyon is a mile-deep gorge in northern Arizona. Scientists estimate the canyon may have formed 5 to 6 million years ago when the Colorado River began to cut a channel through layers of rock. The canyon measures over 270 miles long, up to 18 miles wide, and a mile deep.

Though Native Americans lived in the area as early as the 13th century, the first European sighting of the canyon wasn’t until 1540 by members of an expedition headed by the Spanish explorer Francisco Vasquez de Coronado. Because of its remote and inaccessible location, several centuries passed before North American settlers explored the canyon. In 1869, geologist John Wesley Powell led a group of 10 men on the first difficult journey down the rapids of the Colorado River and along the length of the 277-mile gorge in four rowboats.

President Benjamin Harrison first protected the Grand Canyon in 1893 as a forest reserve and in January 1908, President Theodore Roosevelt made more than 800,000 acres of the Grand Canyon area into a national monument. Grand Canyon became an official National Park in 1919.

Named for its large deposits of petrified wood, Petrified Forest National Park covers about 346 square miles encompassing semi-desert shrubs as well as highly eroded and colorful badlands. The Park is known for its fossils, especially of fallen trees that lived in the Late Triassic Epoch of the Mesozoic era about 225-207 million years ago.

Some of the larger animals roaming the grasslands include pronghorns, black-tailed jackrabbits (hares), Gunnison’s prairie dogs, coyotes, bobcats, and foxes. Pronghorns, the fastest land animals in North America, are capable of 60-mile-per-hour sprints. They are the second fastest land animal on Earth.

The park’s headquarters is about 26 miles east of Holbrook along Interstate 40 which parallels the  Puerco River and Historic Route 66 all crossing the park roughly east-west.

The site, the northern part of which extends into the Painted Desert, was declared a national monument in 1906 and a national park in 1962.

In 1940, Congress and President Franklin D. Roosevelt created a new national park to include the glacially-formed splendor of Kings Canyon. The newly established Kings Canyon National Park included General Grant National Park into it. Since the Second World War, Kings Canyon and Sequoia have been administered jointly.

The native Cherokee people traditionally called the Great Smoky Mountains Shaconage which translates to “place of the blue smoke.” Euro-American settlers drew from this name in their label of “Smoky Mountains,” with “Great” being added at some point or another to reflect the massiveness and grandeur of the range.

More often than not, the inspiration for the Cherokee name is plain to see on one of the many long, mountain-upon-mountain vistas the Great Smokies serve up from such vantages as Newfound Gap or Clingmans Dome. There’s a whitish-blue mistiness to the scenery, a beautiful kind of haze that slightly blurs the long ridges and rounded peaks.

That haze is the optical result of a natural photochemical process. The trees, shrubs, and other plants of the dense and diverse Southern Appalachian forests emit natural hydrocarbons called “terpenes” that react with ozone particles from the stratosphere. Moisture condenses on these aerosols which then scatter the shorter wavelengths of light in the blue-violet spectrum to produce the signature haziness.

Seeing the soft-edged blush of the Great Smokies from a roadside pullout or a ridgeline bald never gets old. Next time you soak it in, maybe the old Cherokee name for this extraordinary range will come to mind: the “place of the blue smoke”.

Bryce Canyon National Park is a series of huge natural amphitheaters carved into sedimentary rocks by the Paria River and its tributaries along the edge of the Paunsagunt Plateau. Water and wind erosion has produced a fantastic array of brightly colored pinnacles, windowed walls, pedestals, fins, and spires.

Ancient cultures are known to have occupied the Colorado Plateau for at least 12,000 years. Paiutes were living throughout the area when the first Euro-Americans arrived in southern Utah. They explained the numerous and colorful hoodoos as “legend people” who were turned to stone by the mythical Coyote. When Captain Clarence E. Dutton arrived with John Wesley Powell in the 1870s, he named many of the current features according to the Paiute names including Paunsagunt (home of the beavers), Paria (muddy water), Panguitch (fish), and Yovimpa (point of pines).

Ebenezer Bryce helped settle southwestern Utah and northern Arizona. He arrived on the Paunsagunt Plateau and Paria Valley in 1875 to harvest timber. The canyon behind his home came to be known as Bryce’s Canyon; today it remains the name of both a specific canyon and the national park. After 1900, visitors began to arrive to view the colorful geologic features and initial accommodations were constructed along the plateau rim above Bryce’s Canyon. By the 1920s, efforts were being made to set aside this scenic wonder of the Paunsagunt Plateau.

Originally called Mukuntuweap National Monument, named so by explorer John Wesley Powell, who believed this to be the Paiute name for the area, Zion got its new moniker in 1863. It was all down to Isaac Behunin, a Mormon pioneer who settled in the area to farm tobacco and fruit trees. He thought it so peaceful that he should rename it, Zion, because, as he wrote: “A man can worship God among these great cathedrals as well as he can in any man-made church; this is Zion.”

The great cathedrals he mentioned were probably the incredible, precipitous red cliffs that rise on both sides of the Virgin River. In Hebrew, “zion” means “heavenly place” and standing atop the cliffs or even at their foot it’s easy to see why Behunin considered it a divine landscape.

In the arid Sonoran Desert, this national park teems with wildlife, insects, and plants. Horned lizards, roadrunners, and Gila monsters are some of the animals that call this harsh landscape home. But, it’s the plants that most people come to see and one plant in particular that has given the park its name: the saguaro cactus.

If you were to ask a child to draw a cactus, they’d likely sketch out something that looks like a saguaro which has a thick trunk and vertically reaching “arms” covered in fine spikes. It’s estimated there are almost two million of these iconic plants throughout the national park, so it’s hardly surprising they’ve been given the limelight in this National Park’s name.

A UNESCO World Heritage Site and Dark Sky Reserve, this national park has a lot to preserve. If you visit, make sure you see the incredible homes carved into and built around the rocky, sandstone landscape. Dating back to around AD 550, these dwellings housed the Ancestral Puebloans who lived in this region for more than 700 years and there are 5,000 or so archaeological sites to explore within the national park.

Exploration is how the park got its name. When Spanish explorers in the American Southwest first came upon these towering rock formations they said it looked like a landscape of tables, covered with foliage and forest. They named it “Mesa Verde”, which is Spanish for “green table”.

Joshua Trees are an incredibly unusual-looking trees, in part because they’re not a tree at all! They’re a plant belonging to the Yucca genus that happens to resemble the size and growth pattern of a tree. Joshua trees are slow-growing adding only 2 to 3 inches each year. It takes 50 to 60 years for a Joshua tree to reach full height. They live on average about 500 years.

The name Joshua tree was given by a group of Mormon settlers who crossed the Mojave Desert in the mid-19th century. The tree’s unique shape reminded them of a Biblical story in which Joshua reaches his hands up to the sky in prayer.

The park is named for the Joshua trees (Yucca brevifolia) native to the Mojave Desert. Originally declared a national monument in 1936, Joshua Tree was redesignated as a national park in 1994.

National parks are sacred and cherished places—our greatest personal and national treasures. It’s a gift to spend a year adventuring and capturing incredible images and stories in some of the most beautiful places on Earth.