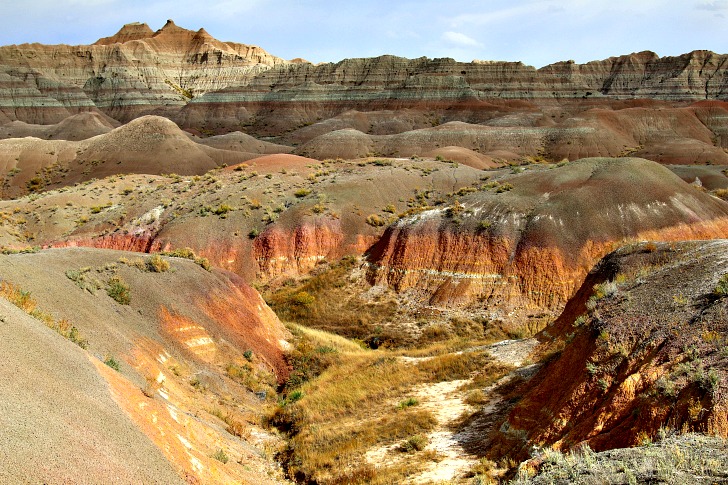 In 1882, choirmaster Samuel A. Ward took a leisurely ferry ride from Coney Island into New York City and was so struck with inspiration at the summer scene that he immediately composed a tune.

A decade later on an 1893 summer day in Colorado Springs, Colorado, Katharine Lee Bates gazed out from a window and saw a “sea-like expanse of fertile country spreading away so far under those ample skies,” that a hymn immediately sprang to mind. In 1910, the music and poetry came together under the title “America the Beautiful.” The work struck an enduring chord, resonating with so many Americans that numerous campaigns have sought to make it the national anthem.

From the earliest days of America, the hand of Providence has been seen not just in the history of events but also in the natural splendor of the land spurring several conservation efforts including the creation of the National Parks System. Wilderness areas for people to enjoy the rugged beauty were set aside while protecting the landscape, plants, and animals.

Established as a national park on August 9, 1916, Lassen Volcanic National Park contains all four types of volcanoes found in the world. These include a shield, plug dome, cinder cone, and composite.

This park is notable for its giant sequoia trees, which can absorb up to 800 gallons of water a day in the summer!

The saguaro is the largest cactus in the United States and is protected by Saguaro National Park. These giant prickly plants can grow up to 40 feet tall and live for over 150 years!

The park used to be home to an ancient civilization, the Anasazi who lived there around 1500 B.C. Traces of their history can be found through rock art, sandstone granaries, and cliff dwellings scattered around the park.

Bryce Canyon is an ideal place for stargazing enthusiasts due to its clear skies, high elevation, and low light pollution.

Known for its exceptionally well-preserved prehistoric settlements, Mesa Verde National Park was selected as a UNESCO World Heritage Site in 1978.

Featuring over 100 caves, Carlsbad Caverns used to be part of an ancient underwater reef called Capitan Reef. Many fossilized marine species can be found on the land. The caverns themselves were formed by sulfuric acid in acid rain which slowly dissolved the limestones.

The only national park in the whole of North Dakota. It was named after President Theodore Roosevelt in 1947 to honor and preserve his legacy of land protection.

Great Smoky Mountains National Park is the most visited national park in America, with half a billion visitors since 1934. The Appalachian Trail runs 71 miles through the park.

Black bears are very prominent in Shenandoah National Park, so there’s a high chance you’ll spot one. The park estimates there to be around one to four bears in every square mile.

Joshua “Tree” is actually a misnomer as it falls under the same category as flowering grasses and orchids. Only 15 percent of the national park is open for visitors to explore, and the remaining 85 percent is wilderness.

The park is known for its old-growth bottomland hardwood forests which have some of the largest tree canopies on the East Coast. Towering champion trees are some of the notable trees that inhabit these woods.

Horseshoe Canyon is located eight miles west of the park and is known for depicting prehistoric pictographs etched somewhere between 2,000 to 5,000 years ago.

A well-preserved fossilized skull of a saber-tooth cat was discovered by a young visitor in 2010. Fossils of other animals like marine reptiles and rhinos can also be found hidden among the layers of sediment. They’re estimated to date back to the late Eocene and Oligocene periods, over 30 million years ago.

The park is home to an orchard originally planted by Mormon pioneers in the early 1900s. It’s open to the public for picking during harvest season for a small fee.

The Pinnacles National Park was created when the now-extinct Neenach volcano erupted 23 million years ago. The park contains many caves that provide homes to 14 species of California bats. These caves were created by natural erosion when boulders fell below, filling the canyons.

Contrary to its name, The New River is one of the oldest rivers in the world, estimated to be between 10 to 360 million years old. It’s one of the few rivers in North America to flow from south to north, as most tend to flow from west to east.

What makes White Sands National Park so breathtaking and popular are the white dunes which are made up of gypsum. The park covers 275 square miles of white sands, making it the largest gypsum dune field in the world.

For amber waves of grain,

Above the fruited plain!

And crown thy good with brotherhood

From sea to shining sea!