Locations tied to Louisiana-filmed movies and TV shows are numerous 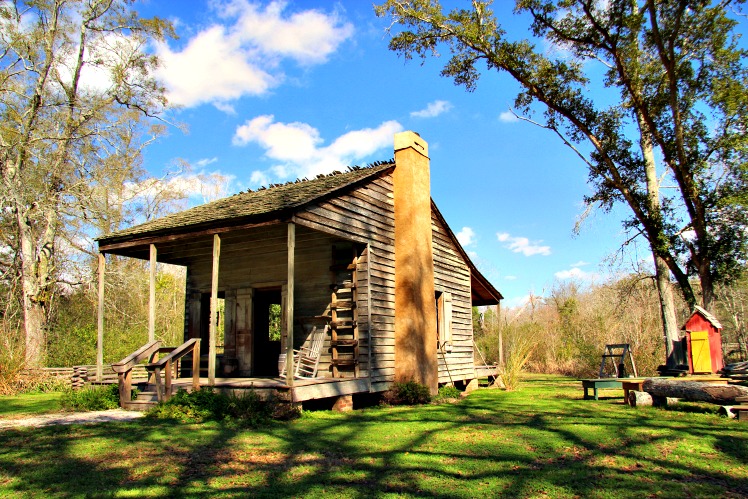 Louisiana’s official state nickname is Sportsman’s Paradise thanks to rich and abundant natural resources and the fish and wild game that call it home. Related nicknames for the state include The Pelican State, about the state bird, and Bayou State, thanks to the slow-moving streams.

There’s another nickname for Louisiana that is not all about the flora and fauna—Hollywood South. Thanks to its diverse settings for movies (Louisiana has everything including bustling cities, antebellum mansions, and lush wilderness areas), generous state tax incentives for film producers, and numerous production support businesses, Louisiana is a global player in a movie and TV filming location. And, like other visitors to the state, movie and TV stars rave about enjoying the food, music, and joie de vivre away from the sets.

A comprehensive list of major movies and TV shows made in Louisiana in recent years would be too long to list here but here are a few ideas for mixing some of Louisiana’s more notable filming sites with your travels throughout the state.

Scene: Filmed in Natchitoches, a good part of the film takes place in M’Lynn Eatenton’s (Sally Field) fictional 1830s home in the fictionally named Chinquapin Parish. It’s the site of memorable quotes such as one during the annual Christmas party when Ouiser Boudreaux (Shirley MacClain) turns to M’Lynn and quips, “M’Lynn, what’s wrong with you these days? You got a reindeer up your butt?”

Experience: Laugh through tears (Truvy’s [Dolly Parton] “favorite emotion”) as you enjoy a weekend staying in the actual 1830s, six-bedroom, six-and-a-half bath Steel Magnolia House. The bed and breakfast is where much of the movie was filmed.

Scene: Louis (Brad Pitt), an unwilling vampire, decides he’s had enough of his so-called life and takes a torch to his sprawling manor setting the curtains ablaze which ticks off the aristocratic vampire Lestat (Tom Cruise) who was rather fond of the place.

Experience: Louis’ homeplace was filmed at Oak Alley Plantation in Vacherie. Take a tour and see the restored antebellum Greek Revival mansion—sans flames—plus spots where the graveyard scenes were filmed. Decide for yourself if it’s a fitting estate for a vampire.

Scene: On a break from their iconic, cross-country road trip, Wyatt (Peter Fonda) and Billy (Dennis Hopper) along with a couple of bleary-eyed prostitutes, drop acid in an ancient cemetery prompting them to get dazed, philosophical, and naked.

Experience: Don’t drop acid or get naked but do get philosophical while wandering around the famous, above-ground St. Louis Cemetery No. 1 in New Orleans where the scene took place. Specifically, seek out the massive, queen-like sculpture set into the “Italia” gravesite where, like Wyatt, you can imagine yourself talking to dead relatives. Several tour companies offer cemetery tours.

The Curious Case of Benjamin Button (2008)

Scene: Benjamin Button (Brad Pitt) wakes up his father, Thomas Button (Jason Flemyng), drives him out to a lake, and then carries him on his shoulders to the pier where he sets him on a chair and they watch the sunrise. During the three-minute scene, a beautiful song, Sunrise on Lake Pontchartrain, is playing in the background.

Experience: Start early and park yourself on the banks of Lake Pontchartrain in New Orleans where the song takes its name. Watch a real sunrise while listening to the music and chances are you’ll end up teary-eyed at the beauty of both. Afterward, take a ride by the Nolan House at 2707 Coliseum Street, a spectacular Garden District mansion where the bulk of the film took place.

Related: ‘Pass a Good Time’ on the Bayou Teche Byway

Scene: The Robertson boys deck themselves out with camo gear, shotguns, and their famous, handmade duck calls, then cruise on an airboat through the North Louisiana marsh, gather ’round the duck blind, and proceed to gleefully blast down one quacker after another.

Experience: If that sounds like your idea of happiness then order a few of the Robertsons’ custom duck calls from the Duck Commander company website and head to one of the prime duck hunting areas in North America: Chenier Plain in southwest Louisiana. On the Sabine and Lacassine national wildlife refuges in Cameron Parish, it’s where you can fire away at gadwalls, blue-winged teal, pintails, mottled ducks, and white-fronted geese.

Scene: This Emmy Award-winning HBO drama (2010-2013) is set in New Orleans in the aftermath of Hurricane Katrina. Co-created by David Simon—best known for blockbuster television drama The Wire—Wendell Pierce (a native New Orleanian) and a cast of costars work on rebuilding their lives in the wake of one of the nation’s most significant natural disasters. The series name refers to a New Orleans neighborhood that is the historical heart of the city’s African American community through Tremé was filmed throughout the Crescent City.

Experience: All over New Orleans including numerous bars and restaurants (Vaughn’s Lounge, Liuzza’s By the Track), the French Quarter, and historical shotgun-style homes central to New Orleans’ architectural distinctiveness.

Scene: This reality show based in south Louisiana focuses on the lives of alligator hunters in the Atchafalaya Basin swamps and depicts life (and wildlife) in the bayous. At times intense—alligator hunting is not for the squeamish, after all—Swamp People is a testimony to the resilience of the men and women who call the region home.

Experience: Throughout rural central and south Louisiana. Pierre Part, a village a few miles due south of Baton Rouge, is among the primary filming locations. Others include Houma, Hammond, Bayou Sorrel, Thibodaux, and Zwolle. An airboat swamp tour with RJ Molinere, star of Swamp People, is about as close as you can get to the real thing you see on the show.

Scene: A spinoff of the enormously successful CBS network show, NCIS. NCIS: New Orleans stars Scott Bakula as Special Agent Dwayne Pride whose investigations into crimes involving military personnel have made for captivating, edge-of-your-seat viewing since it premiered in 2014. While NCIS: New Orleans shows off the talent of Golden Globe winner Bakula and an extensive roster of actors, the real star may be New Orleans itself with each episode showcasing the city’s unique architecture and unconventional characters.

Louisiana’s antebellum plantations on the Mississippi River between New Orleans and Baton Rouge remain a magnet for blockbuster films. In recent years, 12 Years a Slave was filmed at Felicity Plantation. For the classics enthusiast, the tours at Houmas House Plantation and Gardens explain the mansion’s role in making Hush…Hush, Sweet Charlotte.

In Baton Rouge, visit Louisiana’s State Capitol to see where All the King’s Men, a story based on Huey P. Long, was filmed. Just a few blocks away sits the USS KIDD, a WWII-era battleship where Tom Hanks’ Greyhound was filmed.

Read Next: 6 of the Best RV Parks in Louisiana