Tips for staying safe when camping in a tornado region 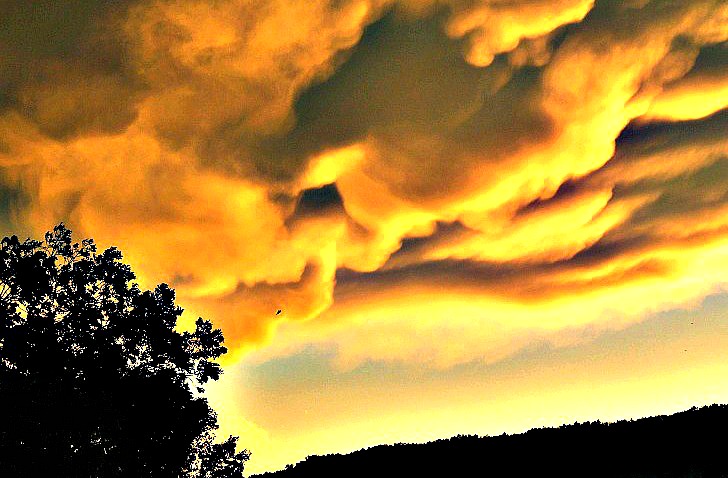 If you are planning on RVing or camping in a tornado region there are basic tips and information you should know before you go.

The United States averages 1,200 tornados a year, according to National Oceanic and Atmospheric Administration (NOAA). Doppler radar has improved the ability to forecast tornados but still only gives a warning of three to 30 minutes. With such little forewarning, NOAA stresses that tornado preparedness is critical.

What is a tornado?

A tornado is a narrow, violently rotating column of air that extends from a thunderstorm to the ground. Because wind is invisible, it is hard to see a tornado unless it forms a condensation funnel made up of water droplets, dust, and debris. Tornadoes can be among the most violent phenomena of all atmospheric storms we experience.

Where do tornadoes occur?

Tornadoes occur in many parts of the world including Australia, Europe, Africa, Asia, and South America. Even New Zealand reports about 20 tornadoes each year. Two of the highest concentrations of tornadoes outside the U.S. are Argentina and Bangladesh.

How many tornadoes occur in the U.S. each year?

About 1,200 tornadoes hit the U.S. yearly. Since official tornado records only date back to 1950, we do not know the actual average number of tornadoes that occur each year. Plus, tornado spotting and reporting methods have changed a lot over the last several decades which mean that we are observing more tornadoes that actually happen.

Where is Tornado Alley?

However, the idea of a “tornado alley” can be misleading. The U.S. tornado threat shifts from the Southeast in the cooler months of the year toward the southern and central Plains in May and June and the northern Plains and Midwest during early summer. Tornadoes can occur and have been reported in all fifty states!

When are tornadoes most likely?

Tornado season usually refers to the time of year the U.S. sees the most tornadoes. The peak “tornado season” for the southern Plains (e.g., Texas, Oklahoma, and Kansas) is from May into early June. On the Gulf coast, it is earlier in the spring. In the northern Plains and upper Midwest (North and South Dakota, Nebraska, Iowa, Minnesota), tornado season is in June and July. But, remember, tornadoes can happen at any time of year. Tornadoes can also happen at any time of day or night, but most tornadoes occur between 4–9 p.m.

A Tornado WATCH is issued by the NOAA Storm Prediction Center meteorologists who watch the weather 24/7 across the entire U.S. for weather conditions that are favorable for tornadoes and severe weather. A watch can cover parts of a state or several states. Watch and prepare for severe weather and stay tuned to NOAA Weather Radio to know when warnings are issued.

A Tornado WARNING is issued by the local NOAA National Weather Service Forecast Office meteorologists who watch the weather 24/7 over a designated area. This means a tornado has been reported by spotters or indicated by radar and there is a serious threat to life and property to those in the path of the tornado. A tornado warning indicates that you should ACT NOW to find safe shelter! A warning can cover parts of counties or several counties in the path of danger.

How is tornado strength rated?

To determine the strength of a tornado, experts examine the damage it caused. From this information, we can estimate the wind speeds.

Originally developed by Dr. Theodore Fujita in 1971, NOAA placed the Enhanced F-Scale in use in 2007 as an update to the original F-Scale.

The EF-Scale takes into account more variables than the original Fujita Scale (F-Scale) when assigning a wind speed rating to a tornado, incorporating 28 damage indicators such as building type, structures, and trees. For each damage indicator, there are 8 degrees of damage ranging from the beginning of visible damage to destruction of the damage indicator.

The original F-scale did not take these details into account. The original F-Scale historical database will not change. An F5 tornado rated years ago is still an F5 but the wind speed associated with the tornado may have been somewhat less than previously estimated. A correlation between the original F-Scale and the EF-Scale has been developed. This makes it possible to express ratings in terms of one scale to the other, preserving the historical database.

Based on this scale tornados are rated as follows:

If you are RVing near a small town, chances are there is a siren system that can be heard for several miles. Take a moment when you first arrive at your RV Park to find out about the tornado and storm warning systems for your area, even if you are staying only a short time.

Find out if your park has an onsite storm shelter or where the nearest shelter is located. Basements and underground shelters are the safest, but small, sturdy inside rooms and hallways provide adequate protection during a tornado, as well.

Related: Camping Awareness: Wildfire Safety Tips That Could Save Your Life

If there is no shelter on site, alternatives might be the park’s shower or bathroom stalls. If there is a sturdy building with closets or an inside hallway try to take shelter there. If none of these exist, drive to the nearest shelter as quickly as is safe. Keep your seatbelt on.

Be careful! Tornadoes can form and be in contact with the ground without a fully condensed funnel!

Do RVs attract tornadoes? Of course not! It may seem that way, considering many tornado deaths occur in them and that some of the most graphic reports of tornado damage come from campgrounds, RV parks, and mobile home communities. The reason for this is that RVs and mobile homes are, in general, much easier for a tornado to damage and destroy than well-built houses and office buildings. A brief, relatively weak tornado that may have gone undetected in the wilderness or misclassified as severe straight-line thunderstorm winds while doing minor damage to sturdy houses, can blow an RV apart. Historically, mobile home parks have been reliable indicators, not attractors, of tornadoes.

NOAA’s and the American Red Cross’ recommended actions include:

Tornados that develop on the plains and most parts of the country often are accompanied by hail or lightning. These warning signs are your signals to seek shelter until the storm passes. We tend to think of tornados as “approaching” from some distance. Bear in mind that every tornado begins somewhere. If that “somewhere” is close to you, you won’t have much time to get to a shelter.

Tornados can develop during the day or night. Naturally, nighttime tornados are the most frightening since you may not be able to see them coming, or might be asleep when they hit.

Unlike inland tornados spawned from storms, those that develop in hurricanes often do so in the absence of hail and lightning. They can also develop days after a hurricane makes landfall but tend to develop during the daytime after the first few hours over land.

Obviously, evacuating before the hurricane makes landfall is the best choice you can make. Know when to get out of Dodge! Many situations can prevent you from getting as far away as you’d like, if at all. Running out of gas or diesel might be one of them.

Outside the rain began to pour in sheets, and the wind howled. Giant pieces of hail began to pelt the building—banging off the skylights so hard that Simpson worried the glass might shatter. Then, as it had earlier in the day, the wind briefly let up. It was then Simpson heard a sound she had dreaded—a sound she couldn’t believe she was actually hearing. It was 2:40 p.m. and the tornado sirens in Moore started to wail.

―Holly Bailey, The Mercy of the Sky: The Story of a Tornado