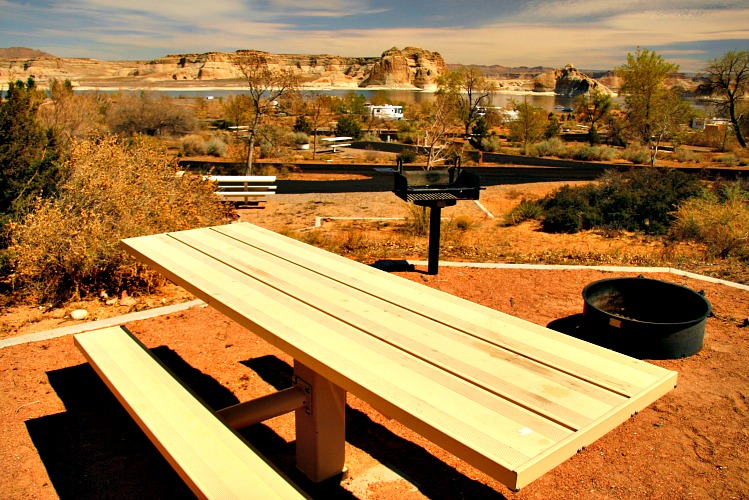 My ever-growing list of Extraordinary Places will help take your road trip planning to the next level. Hand-picked, I promise each one is worth the detour.

What is an Extraordinary Place?

Explore my list and start planning your next RV road trip today.

There are, essentially, three ways to experience the Grand Canyon: The more remote and less crowded North Rim, the more developed South Rim with more amenities, and the rigorous Rim to Rim hike that lets you experience both. Another important thing to remember is that it’s incredibly difficult to take a good picture that captures the size and scale of the canyon.

A powerful and inspiring landscape, Grand Canyon overwhelms our senses through its immense size. Unique combinations of geologic color and erosional forms decorate a canyon that is 277 river miles long, up to 18 miles wide, and a mile deep.

Grand Canyon National Park, a World Heritage Site, encompasses 1,218,375 acres and lies on the Colorado Plateau in northwestern Arizona. The land is semi-arid and consists of raised plateaus and structural basins typical of the southwestern United States. Drainage systems have cut deeply through the rock-forming numerous steep-walled canyons. Forests are found at higher elevations while the lower elevations are comprised of a series of desert basins.

Well known for its geologic significance, the Grand Canyon is one of the most studied geologic landscapes in the world. It offers an excellent record of three of the four eras of geological time, a rich and diverse fossil record, and a vast array of geologic features and rock types. It is considered one of the finest examples of arid-land erosion in the world.

There’s gorgeous white sand, surging surf, seagulls, and a variety of activities but there is more than sand and surf to sink your toes into.

The Park features 28 miles of paved trails or boardwalks including seven trails of the Hugh S. Branyon Backcountry Trail complex that encourage visitors to explore its nine distinct ecosystems. Enjoy the serenity of Gulf Oak Ridge trail as you stroll underneath Live Oak trees draped in Spanish Moss. Take a bike ride on Rosemary Dunes. If you’re hoping to see an Alligator, explore Gopher Tortoise trail along the edge of Lake Shelby. A majority of the trails are suitable for walking, running, and biking.

This great Navajo Nation valley boasts sandstone masterpieces that tower at heights of 400 to 1,000 feet framed by scenic clouds casting shadows that graciously roam the desert floor. The angle of the sun accents these graceful formations providing scenery that is simply spellbinding.

It’s about 16 miles from Bluff to the eastern entrance on the right of Valley of the Gods, a miniature version of Monument Valley without the crowds. Its mesas and spires are formed of the same Cedar Mesa sandstone as the somewhat larger formations at Monument Valley. The 17-mile loop drive on a dirt road is suitable for most vehicles in good weather. Drive this beautiful, lonely loop—though not in a large RV and not towing a trailer. Heavy rains often make this road impassable. Valley of the Gods is also a good place to dry camp.

Related: 14 of the Most Beautiful Lakes for RV Travel

The loop finishes on Highway 261 (paved) just south of the descent from the Moki Dugway and north of the turnoff for Goosenecks State Park. Highway 261 will take you south back to U.S. 163.

A short trip to this flavor-packed smoke town should be on any food lover’s bucket list. Dubbed the “BBQ Capital of Texas,” Lockhart is easily one of the most legendary barbecue destinations anywhere. While you could make it a day trip you’ll need several days or more to eat your way through it.

Your itinerary includes the Big Three: Black’s Barbecue (open since 1932), Kreuz Market (established 1900), and Smitty’s Market (since 1948). You’ll be consuming a lot of meat so be sure to stop for breaks. Proceed in any order you please.

Lockhart has one more stop in the store for you: Chisholm Trail Barbecue (opened by a Black’s alum in 1978). There’s a drive-through and BBQ sandwiches if you so please but you can also head inside for a full plate lunch packed with smoked turkey, sausage links, and moist brisket with sides like mac and cheese, hash browns, and broccoli salad—because you should probably get some greens in.

But there’s a lot more to Lockhart than just smoked meats. This “little city with a big heart” as the town slogan goes retains much of its wild cowboy roots and will show you an entirely different perspective on Texas. Check out the Jail Museum for its take on Norman castellated architecture (a popular style for jails during the period; it was built in the mid-1800s). Golfers can look out on the rugged Texas scenery while enjoying a round of golf at the Lockhart State Park Golf Course which also has RV camping, an on-site swimming pool, and a fishing hole.

Lake Powell is a reservoir on the Colorado River straddling the border between Utah and Arizona. Most of Lake Powell along with Rainbow Bridge National Monument is located in Utah. It is a major vacation spot that around two million people visit every year.

Lake Powell is the second-largest man-made reservoir by maximum water capacity in the US behind Lake Mead storing 24,322,000 acre-feet of water when full. However, due to high water withdrawals for human and agricultural consumption and because of subsequent droughts in the area, Lake Mead has fallen below Lake Powell in size several times in terms of volume of water, depth, and surface area.

Lake Powell was created by the flooding of Glen Canyon by the Glen Canyon Dam which led to the creation of Glen Canyon National Recreation Area. The reservoir is named for explorer John Wesley Powell, a one-armed American Civil War veteran who explored the river via three wooden boats in 1869.

Related: The Wonderful National Parks of the West

Two trails lead to the Sherman Tree. Parking for the Main Trail is off Wolverton Road (between the Sherman Tree and Lodgepole); just follow the signs. The half-mile trail has a few stairs and is paved. As you walk, you’ll enter the Giant Forest sequoia grove. Exhibits along the trail explain the natural history of giant sequoias.

Hundreds of sequoias grow in the Giant Forest sequoia grove. The Congress Trail, a paved two-mile loop that begins near the Sherman Tree offers excellent opportunities to see notable trees. Big Trees Trail, a one-mile loop around a lush meadow has interpretive exhibits about the natural history of giant sequoias. For a longer walk, explore the many miles of trails in the area. Beyond the Giant Forest, more sequoia groves await.

Joshua Tree National Park is immense—nearly 800,000 acres—and infinitely variable. It can seem unwelcoming even brutal during the heat of summer. This is a land shaped by strong winds, sudden torrents of rain, and climatic extremes. Rainfall is sparse and unpredictable. Streambeds are usually dry and waterholes are few.

Two deserts, two large ecosystems primarily determined by elevation come together in the park. Few places more vividly illustrate the contrast between “high” and “low” deserts. Below 3,000 feet the Colorado Desert (part of the Sonoran Desert) occupying the eastern half of the park is dominated by the abundant creosote bush. Adding interest to this arid land are small stands of spidery ocotillo and cholla cactus.

The higher, slightly cooler, and wetter Mojave Desert is the special habitat of the undisciplined Joshua tree, extensive stands of which occur throughout the western half of the park. According to legend, Mormon pioneers considered the limbs of the Joshua trees to resemble the upstretched arms of Joshua leading them to the “promised land”. Others were not as visionary. Early explorer John Fremont described them as “…the most repulsive tree in the vegetable Kingdom.”

Mesa Verde, Spanish for green table, offers a spectacular look into the lives of the Ancestral Pueblo people who made it their home from about A.D. 600 to 1300. Today the park protects nearly 5,000 known archeological sites including 600 cliff dwellings. These sites are some of the most notable and best preserved in the US.

About 1,400 years ago, long before Europeans explored North America, a group of people living in the Four Corners region chose Mesa Verde for their home. For more than 700 years they and their descendants lived and flourished here eventually building elaborate stone communities in the sheltered alcoves of the canyon walls.

Related: Get in your RV and Go! Scenic Drives in America

Then, in the late A.D. 1200s, in the span of a generation or two, they left their homes and moved away. Mesa Verde National Park preserves a spectacular reminder of this ancient culture.

Cliff Palace is the largest cliff dwelling at Mesa Verde National Park. It has 150 rooms plus an additional 75 open areas. Twenty-one of the rooms are kivas and 25 to 30 rooms have residential features.

The park contains walking paths, a café, a children’s play area, a Fragrant Garden for the blind, a large fountain, tennis courts, basketball courts, areas for soccer and Frisbee, and a home field for Savannah Shamrocks Rugby Club. From time to time, concerts are held at Forsyth Park. Standing in the middle of the park with the pathway wrapping around it lies the Confederate Memorial Statue. This work of art was donated by the Monroe County Courthouse to commemorate those volunteers who gave their lives fighting for the Confederacy. Surrounded by a fence, it is protected to sustain its culture and longevity.

Life is a gift, not an obligation. So make the very best of every single day you’re given!