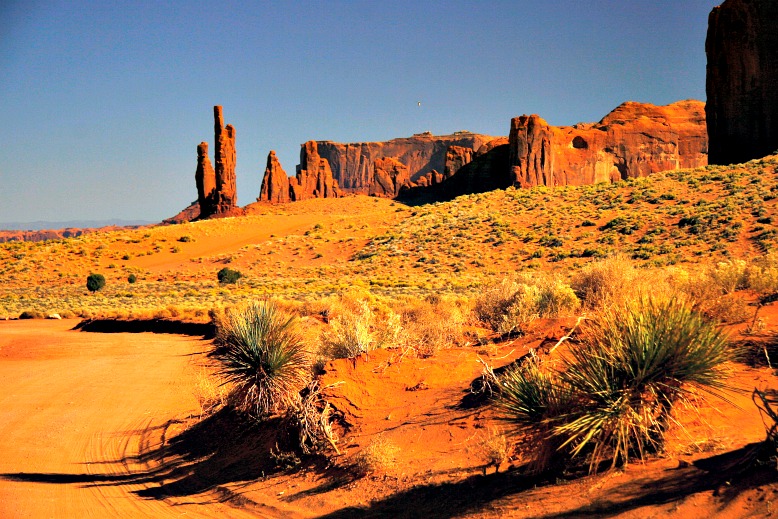 The consequences of extreme heat can be severe: last year, more than 600 people died during the heat dome in British Columbia and, in 2018, up to 70 deaths in Quebec were linked to a heat wave there.

In Europe, more than 1,100 people have died from the heat in Spain and Portugal in recent weeks. The UK recorded its hottest-ever temperature last week (July 19, 2022) with a reading of 40.3 degrees Celsius in eastern England. What’s that in Fahrenheit? Remember what your sixth-grade science teacher explained: Multiply by 1.8 then add 32. That comes out to 104.5 degrees Fahrenheit.

Not that many folks are asking. Only the US, Belize, Palau, the Bahamas, and the Cayman Islands use Fahrenheit as their official temperature scale.

More than 100 million Americans are under a heat-related alert and at risk of heat-related illnesses, at the time of writing. Temperatures across much of the country are in the 90s to 100 degrees or higher.

Heat Advisories and Excessive Heat Warnings are in effect from Texas through the southern Plains and lower Mississippi and Ohio valleys where temperatures are expected to reach triple-digits in many locations. The Excessive Heat Warnings include major cities in Texas such as Dallas, Lufkin, San Angelo, Houston, and San Antonio. Outside of Texas, the warning includes Oklahoma City, Little Rock, Arkansas, and Monroe, Louisiana. Heat Advisories are in effect elsewhere from New Orleans north to Birmingham and Huntsville in Alabama, Nashville, Tennessee, and Paducah, Kentucky.

You can die from this kind of heat if you’re not careful, especially if you work or recreate outdoors.

A man who was hiking on an unmarked trail in southwestern South Dakota that was featured in a social media challenge died when he and another hiker ran out of water. The Pennington County Sheriff’s Office said 22-year-old Maxwell Right of St. Louis was hiking in Badlands National Park Wednesday (July 20, 2022) when he collapsed and died of suspected dehydration and exposure.

The National Weather Service (NWS) has issued an Excessive Heat Warning for portions of Arizona as temperatures in the Phoenix area could reach 116°F. The counties included in the warning are La Paz, Maricopa, Mohave, Pinal, Pima, Yavapai, and Yuma.

What temperature threshold triggers a heat warning varies depending on your location but the symptoms of heat-related illnesses remain the same. The thresholds that trigger Excessive Heat Watches, Excessive Heat Warnings, and Heat Advisories are not clear-cut, however.

Since every region of the United States and Canada experiences a different climate, people become accustomed to the climate of the region in which they live. This means what is hot to a longtime resident of Maine or northern British Columbia might not be hot to someone who has spent many years in Florida or Texas.

In general, locations farther north don’t have to be as hot for heat alerts to be issued by the NWS because extreme heat is less frequent there. Areas farther south are more accustomed to hot, humid weather, so a higher threshold must be met before watches, warnings or advisories are posted. If this wasn’t the case, parts of the South would be under a Heat Advisory nearly every day in the summer.

It’s not (just) the heat, it’s the humidity

The point at which a combination of heat and humidity becomes especially dangerous or even deadly is explained by scientists as “wet-bulb temperature”— the lowest temperature at which an object can cool down due to evaporating moisture.

Imagine a thermometer wrapped in a wet cloth: the water will keep evaporating from the cloth up until a certain level of humidity when the air contains too much moisture for evaporation to continue. Because of the evaporative effect, the temperature of the thermometer will be lower than the air around it—that is, until evaporation stops.

Heat-related illnesses arise when an individual is exposed to environmental heat and their own body is not able to accommodate or acclimatize quickly. These symptoms are potentially life-threatening and should be taken seriously when they happen. But it’s not just about heat stroke.

Heat edema occurs when blood vessels dilate and blood accumulates in the hands and feet due to gravity, says the U.S. Centers for Disease Control and Prevention (CDC). People with diabetes, cirrhosis, and heart conditions are at a higher risk. The treatment is to elevate the swollen area to drain it.

Heat rashes occur when sweat glands get blocked or inflamed. The CDC recommends keeping the rash area dry and applying powder to increase comfort.  Heat rashes commonly occur in sweaty areas like your groin, your neck, or your armpits.

Watch for: Rashes on the face, chest, arms, and groin.

Heat cramps happen when the body loses salt and water and is treated by replenishing carbohydrates and electrolytes with a snack, water, or sports drink.

Watch for: Cramps in abdomen, arms, and calves.

Heat syncope when someone feels light-headed after standing up is treated with rest and relief from the heat, sitting or lying down in a cool place, and slowly drinking water, clear juice, or a sports drink.

Heat exhaustion happens when you experience an excessive loss of water and salt usually through sweating. It is treated by cooling down with cold packs, washing the head, face, and neck with cold water, and frequently sipping cool water.

Heat strokes occur when the body’s cooling mechanism fails so you stop sweating and internal temperature heats up. Emergency medical care is required at this point. It helps to cool down with cold water, an ice bath, and soaking clothes with cool water.

When the temperatures rise, getting enough to drink is important regardless of the activity. Keeping the body hydrated helps the heart more easily pump blood through the blood vessels to the muscles. And, it helps the muscles work efficiently.

Dehydration can be a serious condition that can lead to the above heat-related illnesses—ranging from swollen feet or a headache to life-threatening illnesses such as heat stroke. But staying hydrated is a daily necessity no matter what the thermometer says.

How much water should you drink each day? It’s a simple question with no easy answer.

Studies have produced varying recommendations over the years. But your individual water needs depend on many factors including your health, exercise intensity and duration, and climatic conditions.

No single formula fits everyone. But knowing more about your body’s need for fluids will help you estimate how much water to drink each day.

For most people, water is the best thing to drink to stay hydrated. Sources of water also include foods such fruits and vegetables which contain a high percentage of water. Sports drinks with electrolytes may be useful for people doing high intensity, vigorous exercise in very hot weather though they tend to be high in added sugars and calories.

It’s also best to avoid drinks containing caffeine which acts as a diuretic and causes you to lose more fluids.