If you’re dreaming of where to travel to experience it all, here are my picks for the best places to RV in August 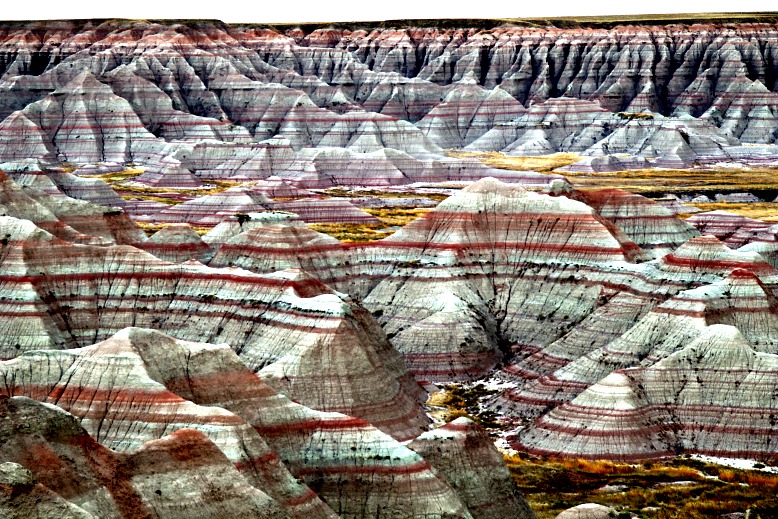 Italian painter and polymath Leonardo da Vinci was a luminary of the Renaissance era—he not only painted such famed works as the “Mona Lisa” and “The Last Supper, ” but was also an architect, inventor, and military engineer. In his lifetime, he sketched concepts resembling the modern-day bicycle and a flying machine and drew some of the first anatomical charts on human record. His words and life’s work remind us that broadening our horizons is healthy: Exploring new fields and skills will only create a richer life.

This August, I’ll not lament the fleeting days of summer. No, I will embrace it: There is still much to see and do—and places to travel in an RV. August is a time for lazy exploration and taking advantage of the last drops of the season while recharging for the months ahead. There are routes to be taken, mountains to climb, seafood to be eaten, and lakes to discover. Get out there and make the most of it.

Mount Lemmon, an oasis in the middle of the desert, is 20 degrees cooler than Tucson on average. Driving up the mountain, the plants slowly change from cactus and shrubs to oak and ponderosa pines. The area offers hiking, camping, and fishing. While you are up there, consider stopping by the Mount Lemmon Cookie Cabin for cookies, pizza, chili, and sandwiches. While you’re at 9,000 feet, check out the Arizona stars at the Mount Lemmon Sky center.

Tube down the Guadalupe River

Tubing down Guadalupe River is about as Texan as it gets, and this state park welcomes you with four miles of river frontage. Just one hour from San Antonio and two hours from Austin, Guadalupe River State Park is also one of the more popular camping destinations in the state, particularly during the summertime when swimming in its cool waters is extra appealing for families and kids. When you’re not tubing, paddling, or taking a dip, embark on its hiking and biking trails.

Related: The Best Stops for a Summer Road Trip

Due to its distinctive culture, Sedona is truly a place unlike any other. Visitors can navigate remote canyons, rejuvenate at an energy vortex site, and experience the ancient culture of the Sinagua people. Throughout the red rock are multitudes of secluded viewpoints, cliff dwellings, and well-preserved petroglyphs. In downtown Sedona, you’ll find a vibrant art community dense with unique shops and galleries. Hikers and adventurous-types will enjoy the various trails in Red Rock State Park and the renowned Pink Jeep off-road adventure tours.

The Town of Delcambre, Louisiana, located about 20 miles southwest of Lafayette is home to one of the area’s most productive shrimp fleets. The town devotes an entire weekend to honoring this economic lifeblood.

The Delcambre Shrimp Festival (70th annual; August 17-21, 2022) is home to one of the best 5-day festivals in South Louisiana. The festival has gained its popularity by providing a variety of delicious dishes and top-notch entertainment including National Recording Artists. Enjoy signature shrimp dishes like boiled shrimp, fried shrimp, shrimp sauce piquante, shrimp salad, and many more. Every shrimp dish consumed at the festival is prepared by volunteer members of the festival association. If you’re not in the mood for shrimp, the festival also offers a variety of other “festival” foods, cold beer, cold drinks, and water. Souvenirs, t-shirts, hats, posters, etc…

Learn what all fuss is about at one of the most iconic creameries in America. Can’t decide which flavor is for you? Try them all because, hey, it’s only $1 a scoop! Since 1907, Blue Bell Ice Cream has won a special place in the heart of Texans. Many would say it’s the best ice cream in the US. For anyone caring to dispute that claim, you can’t know until you try it for yourself and there is no better place to do that than straight at the source. See how the scrumptious stuff is made and learn about the history of the iconic brand before treating yourself to a sample at Blue Bell’s ice cream parlor. At just $1 a scoop, it’s one of the best things to do in the US to beat the heat this summer!

Walk your Way to 17 Historic Sites

The Freedom Trail is a red (mostly brick) path through downtown Boston that leads to 17 significant historic sites. It is a 2.5-mile walk from Boston Common to USS Constitution in Charlestown. Simple ground markers explaining events, graveyards, notable churches, other buildings, and a historic naval frigate are stops along the way.

Most sites are free; Old South Meeting House, Old State House, and Paul Revere House have small admission fees; still others suggest donations. The Freedom Trail is a unit of Boston National Historical Park and is overseen by The Freedom Trail Foundation and the City of Boston’s Freedom Trail Commission.

The trail was originally conceived by local journalist William Schofield who since 1951 had promoted the idea of a pedestrian trail to link together important local landmarks. Mayor John Hynes put Schofield’s idea into action. By 1953, 40,000 people annually were enjoying the sites and history on the Freedom Trail.

In 1974, Boston National Historical Park was established. The National Park Service opened a Visitor Center on State Street where they give free maps of the Freedom Trail and other historic sites as well as sell books about Boston and US history. Today, people walk on the red path of the Freedom Trail to learn about important events that led to independence from Great Britain.

History nerd that I am, I can’t get over how much has happened in such a small area. I love that you can take your time walking it. Traveling on the Freedom Trail shows you how small historical Boston was. The trail is free, and clearly marked and you can walk at your own pace. Be sure to wear your comfy shoes as you’re in for an awesome hike.

Lake Winnipesaukee is the largest lake in New Hampshire located in the Lakes Region. It is approximately 21 miles long (northwest-southeast) and from 1 to 9 miles wide (northeast-southwest) covering 69 square miles—71 square miles when Paugus Bay is included—with a maximum depth of 180 feet. The center area of the lake is called The Broads.

The lake contains at least 264 islands, half of which are less than a quarter-acre in size, and is indented by several peninsulas yielding a total shoreline of approximately 288 miles. The driving distance around the lake is 63 miles. It is 504 feet above sea level. Winnipesaukee is the third-largest lake in New England after Lake Champlain and Moosehead Lake. Outflow is regulated by the Lakeport Dam in Lakeport, New Hampshire, on the Winnipesaukee River.

Experience the beauty of Lake Winnipesaukee during a narrated scenic tour aboard the historic M/S Mount Washington. Learn about the history of the region and local folklore surrounded by some of the most beautiful scenery in New England.

The Grandest of Newport’s Summer “Cottages”

The Breakers is a Vanderbilt mansion located on Ochre Point Avenue in Newport along the Atlantic Ocean. It is a National Historic Landmark, a contributing property to the Bellevue Avenue Historic District, and is owned and operated by the Preservation Society of Newport County. The Breakers is the grandest of Newport’s summer “cottages” and a symbol of the Vanderbilt family’s social and financial preeminence in turn of the century America.  Commodore Cornelius Vanderbilt (1794-1877) established the family fortune in steamships and later in the New York Central Railroad which was a pivotal development in the industrial growth of the nation during the late 19th century.

One of the Richest Fossil Beds in the World

People are drawn to the rugged beauty of the Badlands National Park. These striking geologic deposits contain one of the world’s richest fossil beds. Ancient mammals such as the rhino, horse, and saber-toothed cat once roamed here.

The Badlands were formed by the geologic forces of deposition and erosion. Deposition of sediments began 69 million years ago when an ancient sea stretched across what is now the Great Plains. After the sea retreated, successive land environments including rivers and flood plains continued to deposit sediments. Although the major period of deposition ended 28 million years ago significant erosion of the Badlands did not begin until a mere half a million years ago. Erosion continues to carve the Badlands buttes today. The rocks and fossils preserve evidence of ancient ecosystems and give scientists clues about how early mammal species lived.

Administered in two units, Sage Creek and Conata Basin, the area is open for backpacking and exploration. The Badlands was the filming location for both Dances with Wolves and Armageddon.

It’s a sure sign of summer if the chair gets up when you do.