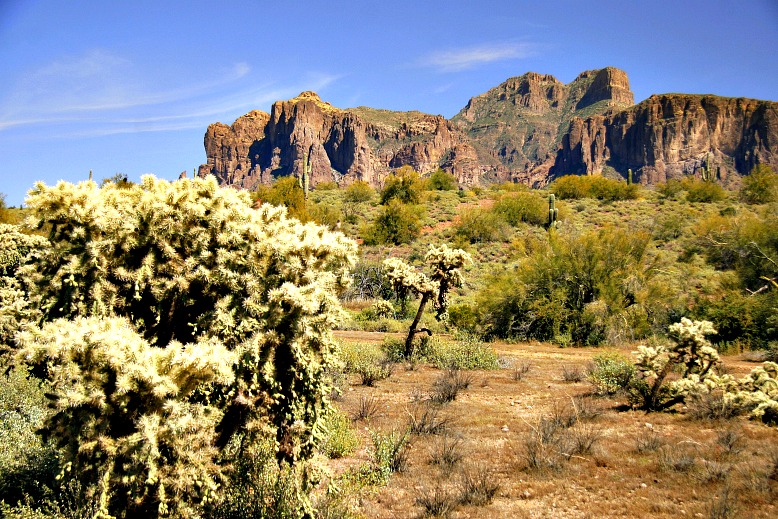 Some of the most populated cities across the United States are also some of the hottest places to be during the summer with temperatures regularly climbing above 100 degrees F.

Many cities don’t come close to the extreme heat experienced in Death Valley, California; however, the population in Death Valley is just a small fraction of that of many towns across the country.

Cities are warming at twice the global average because buildings and pavement absorb and trap so much heat. Phoenix, Los Angeles, and Miami have named chief heat officers to find ways to prevent the often deadly impacts of extreme heat.

From the shores of the Atlantic Ocean to the deserts of the Southwest, here are 10 of the hottest cities across the United States with a population of over 250,000.

Phoenix is home to over 1.6 million people and regularly experiences some of the highest temperatures of any city across the country. The temperature climbs above the 100-degree mark daily from the end of May through the middle of September. These blistering hot days are followed up by warm nights with the low temperature sometimes failing to drop below 90.

Phoenix recorded its hottest summer ever in 2020 with 50 days at or above 110 degrees and a record 28 nights when the temperature never dropped below 90 degrees.

Heat is killing about 300 people per year in Phoenix.

Phoenix is trying to beat the heat by turning its black asphalt streets gray. A special sealant reflects rather than absorbs the hot desert sun.

America’s hottest city is working to avoid getting even hotter—starting with its streets. As heat waves across the country continue, Phoenix is covering black asphalt roads with a gray sealant that reflects the sun rather than absorbing heat. Mayor Kate Gallego says the sealant which has so far been used on 73 miles of city streets reduces the temperature of asphalt by 10 to 12 degrees.

In addition to cool pavement the city is creating 100 cool corridors and planting hundreds of trees whose shade can drop the ambient air temperature by about 30 to 40 degrees compared to full sun. Phoenix is also experimenting with reflective roofs and cooling sidewalks.

Las Vegas is a popular tourist destination in the southwestern United States but visitors may want to plan to visit areas with air conditioning during the summer months. The city averages over 70 days a year with temperatures in the triple digits and has reached its all-time record high of 117 on several occasions.

People traveling to popular tourist destinations nearby such as Lake Mead National Recreation, Red Rock Canyon, or the Hoover Dam should also expect to encounter extreme heat and should take the proper precautions to stay safe.

Tucson sits on the edge of the Sonoran Desert and is nearly as hot as Phoenix located 100 miles to the northwest. One of Tucson’s hottest summers in recent years occurred in 2013 when the city climbed into the 100s for 39 consecutive days including all of June.

Monsoonal thunderstorms can provide temporary breaks in the extreme summer heat but they can also kick up dust storms called haboobs that can greatly reduce visibility and cause dangerous travel conditions.

While the cool waters of the Pacific Ocean help to limit temperatures along coastal areas of Southern California areas father inland can experience much hotter conditions. Riverside, approximately 50 miles east of downtown Los Angeles has recorded triple-digit heat every month from April through October with an all-time high of 118. This is higher than the record in Las Vegas and just a few degrees shy of the record high in Phoenix.

San Antonio is home to more than 1.5 million people and experiences long stretch with temperatures in the 90s during the height of summer. On average, the city reaches the 90-degree mark more than 110 days out of the year as well as several days in the low 100s. August is the hottest month of the year in San Antonio with an average high temperature near 97, one of the highest averages across the entire country among major cities.

Although the mercury in southern Florida doesn’t climb as high as it does in the southwestern United States during the summer, Miami’s proximity to the tropics can make it feel oppressively hot, especially for those not accustomed to the high humidity levels. Miami has never recorded a temperature of 100 but the strong summer sun paired with the humidity can send the AccuWeather RealFeel temperature over 110 on the hottest afternoons of the year.

Miami is also one of the warmest cities in the country during the winter with afternoon temperatures often climbing near 80.

Tropical moisture from the Gulf of Mexico has a strong influence on the weather pattern along the coast of Texas including in Houston, the state’s most populated city with over 2 million people. The humidity helps to boost the AccuWeather RealFeel temperature above 100 daily. Moisture from the Gulf also helps to fuel rain and thunderstorms making Houston the wettest among the county’s hottest cities averaging over 100 days a year with rain.

Outside of the Mojave Desert and the Colorado Desert, the Central Valley is California’s hottest region with temperatures often reaching the triple digits. This includes Fresno, home to over half a million people. In 2018, the city experienced 30 consecutive days with a temperature at or above the 100-degree mark, the longest stretch in the city’s history.

Located farther inland from the Gulf of Mexico than Houston or San Antonio, Dallas can experience some of the hottest weather of all of Texas’ major cities. Being farther away from the source of tropical moisture allows temperatures to be slightly higher than near the coast with daily highs in the mid- to upper 90s from the end of June into early September.

Although the summer heat can be more intense in Dallas than Houston or San Antonio, the city experiences cooler winters with temperatures frequently dipping below freezing.

One of Florida’s hottest cities is also one of its most popular tourist spots with a record-setting 72 million people visiting in 2017. Unlike Miami, temperatures in Orlando can occasionally reach the 100-degree mark with an all-time record high of 103. Overnight temperatures also remain warm as they rarely dip below 60 from June through September.

Orlando also remains warm throughout the winter with afternoon highs in the 70s and overnight lows that rarely drop below 30.

It ain’t the heat, it’s the humility.”