A guide to 10 national parks without the crowds 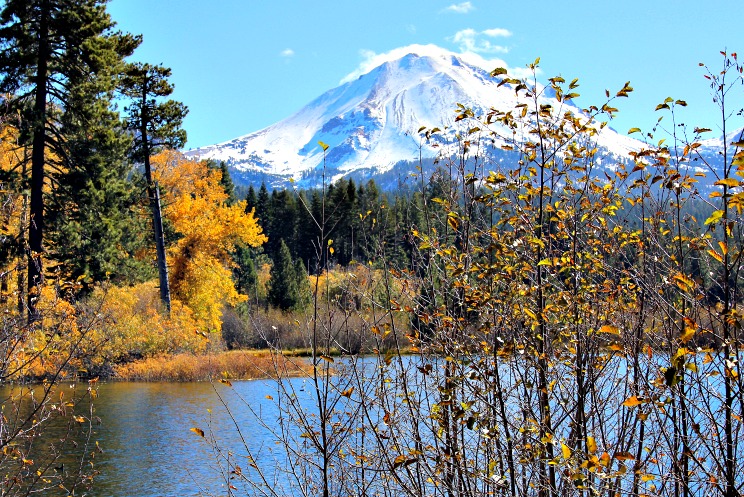 I love the Great Smoky Mountains and Zion and no matter how many times I visit, the Grand Canyon will never cease to take my breath away. But when the swarms of tourists around Yellowstone’s Old Faithful start to make a day at the park look more like a rock concert I know it’s time to look America’s most popular parks in the eyes and say, “It’s not you, it’s us.”

National forests and state parks certainly offer alternatives to the hustle and bustle of major attractions, but there is also a segment of the 63 crown jewels that, stacked up against the more Instagram trend-inspired visits, seldom get their due.

Say goodbye to claustrophobic crowds and hello to getting remote, in a national park where your woes have less to do with slow-moving tour buses and more to do with the possibility of dormant volcanoes becoming…not dormant. Of America’s 63 national parks, these 10 deserve a spot at the top of your anti-social bucket list, especially if you’re looking to emphasize the “wild” part of your next wilderness adventure.

California is filled with some of the most iconic—and crowded—national parks in the nation including Yosemite, Sequoia, and Joshua Tree. One park that miraculously flies under the radar though is Lassen Volcanic National Park, the least visited in the state with around 500,000 annual visitors (for reference, Yosemite sees about nine times that amount).

Nestled in central Northern California, this sleeper hit has a lot of elements similar to Yellowstone: your bubbling mud pots, hot springs, and freezing royal-blue lakes. Another thing the two share? The potential for a volcanic eruption at any moment! Lassen Peak is an active volcano, though its most recent eruptions took place back in 1917, so there’s (probably) nothing to fear as you trek up the mountain and drink in the views of the Cascade Range. If you’d rather keep things closer to sea level, try paddling on pristine and peaceful Manzanita Lake or exploring the Bumpass Hell area, a hydrothermal hot spot filled with billowing basins and kaleidoscopic springs.

In the national park Venn diagram between Everglades and Redwood, Congaree National Park is the overlap. This tiny 26,000-acre park smack dab in the center of South Carolina has the murky look and feel of Florida’s Everglades, complete with unnervingly dark water, along with some of the tallest trees east of the Mississippi. The result is a singularly unique park woven with meandering creeks and the namesake Congaree River which provides a killer backdrop for paddling.

Though it may look like a big ol’ swamp, it’s a massive floodplain; the river routinely floods, carrying vital nutrients down into the roots of skyscraping giants like loblolly pines, and laurel oaks, and swamp tupelos. This being flat-as-a-flapjack South Carolina, the trails are all easy (albeit occasionally muddy). An absolute must is the mud-free elevated Boardwalk Loop Trail which winds through high-canopy forests so dense it gives the park an eerie, Blair Witch Project kind of vibe. But don’t worry—the only wildlife you’re likely to see are owls, armadillos, and otters.

Talk about the remote. In far West Texas, Big Bend National Park hugs the Rio Grande River with Mexico just on the other bank (the park is named for… wait for it… a gigantic bend in the river). Even though it offers some of the most awe-inspiring backpacking in the US, fewer folks visit Big Bend each year than watch the Longhorns play in Texas Memorial Stadium for two or three Saturdays.

If you’re going, traverse the high country of the Chisos Mountains, the only mountain range completely contained within the borders of a national park, or go lower to the trails on the Ross Maxwell Scenic Drive. Or just spend the day kayaking to your heart’s content. Once night falls, you’ll witness one of the greatest celestial panoramas you’ll likely ever see as Big Bend’s far-flung location gives it the darkest measured skies in the continental US.

Nothing is petrifying about Petrified Forest National Park nor is there anything forested about it. Hidden away in northeastern Arizona along a dusty stretch of Route 66 that looks like something from Cars, this mysterious 221,390-acre park has a lot more to it than meets the eye—except for people since the park gets less than one-fifth the visitors the Grand Canyon sees each year.

Unlike any forest you’ve been to, Petrified Forest gets its name from the copious boulder-sized petrified logs strewn across the arid desert landscape. Some 200 million years ago, mighty trees stood here in what was once a tropical forest before being washed away by ancient rivers, buried under sediment, and slowly crystallized by volcanic ash and silica.

Today, long gone are the rivers and leaves, replaced by petrified wood composed almost entirely of solid quartz and bedazzled by minerals like iron, carbon, and manganese, which give the logs shimmering tints of purple and green. Hiking trails here are short, but they pack a wallop of wow as you get up close and personal with these prehistoric gems.

Located near the charming desert town of Moab in southeastern Utah, Canyonlands has a lot in common with that other canyon park. For instance, both colossal chasms were carved by the Colorado River, both are high desert meccas of red-hued earth and both boast endless vistas of a landscape that looks all too otherworldly to exist on this planet. We suggest recruiting a buddy or two, hopping in a 4×4, and driving down White Rim Road, a 100-mile trip around and below the mesa top. You’ll spend hours taking in tremendous Mars-like desert panoramas while the crowds over at nearby Arches National Park are stuck in traffic.

To get even more secluded, visit in the wintertime when the vast landscape morphs into a wonderland of snow-swept mesa tops dotted with hoof prints from mule deer. Here, the four primary sections—Island in the Sky, the Needles, the Maze, and Horseshoe Canyon—are ripe for exploration. And at night, turn your gaze upward: Canyonlands is home to some of the darkest skies in the country.

You might not even know it’s there: in the vastly misunderstood state of North Dakota, usually thought of as just flat, rolling grasslands, Theodore Roosevelt National Park appears as if out of nowhere: where endless grass once stretched to the horizon, craggy, tree-dotted canyons flank the road. Petrified forests and river washes spread out between them and mountains somehow appear like magic. The rangers still say “you betcha,” though. Some things about North Dakota are correctly understood.

This is where the Badlands start cutting into the landscape, carving sharp rock faces and hoodoos into the countryside, where the night sky alternates between panoramic star show and explosive thunderstorms, and where packs of buffalo and wild horses roam with abandon among its river valleys and painted hills. And there’s history: the only National Park named after a single person, it was a source of inspiration for our bespectacled 26th President, heavily influencing his conservation policies. You can still visit his Elkhorn Ranch–the foundation stones of the cabin, anyway–and perhaps be inspired yourself.

While it may be cliché to say the Sonoran Desert looks like the background of a Wile E. Coyote cartoon, it’s certainly not untrue: hiking, biking, and driving through the forest of nearly 2 million lanky, 40-foot-tall cacti that make up Saguaro National Park is almost certain to take you back to those Saturday mornings eating Froot Loops in front of the TV. Long overshadowed by the Grand Canyon, Saguaro’s namesake giants—found only in southern Arizona and northern Mexico—sit just outside Tucson, making this one of the easiest-to-access national parks in the entire system.

Yet in 2021, it received just over a million visitors. (Compare that to Yellowstone’s 5 million.) But its relative obscurity is also its greatest strength: Here, you can still feel like you’re lost in nature without delving into the wilds of some remote backcountry. Hike the 7.9-mile Wasson Peak loop for sweeping vistas or trek amongst the saguaros on the Garwood Trail.

Designated in December 2020 as the United State’s newest national park, New River Gorge National Park in southern West Virginia is home to more than 65,000 acres of lush Appalachian mountains and forest, as well as various superlatives: It’s best recognized by its dizzyingly tall bridge—the third-highest in the US—and its 53 miles of the New River, which despite its name is believed to be one of the oldest rivers on the planet.

Although the misty mountains may look soothing, this is not a place for the faint of heart: In New River Gorge, rock climbers can scale to extreme heights, and river rafters can careen through Class IV and Class V rapids. Oh, and also there are ghosts–those who perished in the gunfights, cave-ins, and explosions during the days when the area was the frontier of coal mining. Even fearless ghost hunters might find themselves spooked by the various ghost towns tucked in throughout the area.

No offense to Batman, but the Dark Knight’s luxurious bat cave can’t hold a candle—or a flickering, old-fashioned lantern—to the tunnels of New Mexico’s Carlsbad Caverns National Park. Hidden away in the Guadalupe Mountains of southern New Mexico, the park’s immense underground labyrinth of cavities was created hundreds of millions of years ago.

The caverns hide dozens of subterranean splendors, including stalactites, stalagmites, and a population of 700,000+ Brazilian free-tailed bats that migrate upward nightly in a quiet fluttering tornado. Plus underground treasures like the aptly-named Big Room, the largest cave chamber in North America, reachable only via a hike that’ll take you as deep underground as the Empire State Building takes people into the sky.

Formed by volcanoes 23 million years ago, Pinnacles National Park is located in central California near the Salinas Valley. The park covers more than 26,000 acres and hosted 230,000 visitors in 2017. By comparison, its neighbor Yosemite National Park welcomed more than four million visitors.

The park is split into east and west districts between which there are no driving roads connecting the entrances on either side. In the west district, there are rare and unusual talus caves—caves made up of fallen rock sandwiched in slot canyons. On the east side, you will find the most interesting views of the formations along with broader views of the entire park landscape, the main park visitor center, and an established camping area. Both sides are beloved by technical climbers, day hikers, cave-goers, and bird watchers eager to catch a glimpse of the endangered California condor.

We use the word wilderness, but perhaps we mean wildness. Isn’t that why I’ve come here? In wilderness I seek the wildness in myself and in so doing come on the wildness everywhere around me. Because, after all, being part of nature I’m cut from the same cloth.