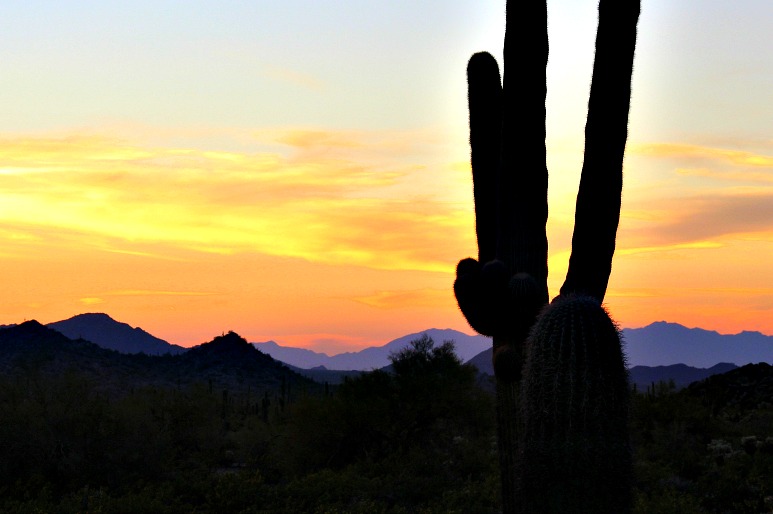 Imagine being able to see billions of stars in the Milky Way just with your naked eye from your backyard. It was once a common reality until artificial lights from our growing cities started encroaching upon the night sky. Today, to see the Milky Way—and most constellations other than, say, the Big Dipper—you have to trek far, far away from humanity. The darker the sky, the better the view!

The ultimate stargazing spots are fittingly called Dark Sky Places, designated pockets where light pollution is at a minimum and the stars can shine in all their glory. And the keeper of those Dark Sky Places is the International Dark Sky Association (IDA).

What began in 1988 as a grassroots movement among astronomers in Tucson is now international with 196 certified Dark Sky Places spanning 21 countries. Its mission is to protect natural landscapes, educate the public, and counteract the harmful effects of excessive light pollution linked to everything from insomnia to obesity to cancer.

“It messes with our circadian rhythms,” says Ryan Parker, secretary of the IDA’s Colorado chapter. “Our body naturally needs to sleep and rest and rebuild. And, when we don’t allow that to happen it interferes with our natural homeostasis.”

When the 24-hour cycle of light and dark is interrupted for wildlife the consequences can be dire. Nocturnal animals confuse night and day and become easy prey. Birds that migrate or hunt by moonlight get thrown off course by artificial light migrating too early or colliding into buildings. Baby sea turtles that hatch on the beach and find their way to the ocean by the light of the moon can be lured in the opposite direction by urban glow.

Beyond that, the impetus to preserve our dark skies should be pretty obvious: Just look up. An unpolluted sky is glorious, awe-inspiring even. And more and more communities are working to get officially certified by the IDA’s standards—a process that can take up to three years.

In addition to certifying Dark Sky Places, the 50 IDA chapters also run star parties like June’s Rocky Mountain Star Share, an annual extravaganza in Colorado on 35 acres of land with speakers, camping, and massive telescopes. The Premier Star Party of the Rocky Mountains was held June 22–26, 2022.

The coolest Dark Sky Places in the US

Across the 94 Dark Sky Places in the United States, you’ll find friendly amateur astronomers and ample opportunities to gaze uninterrupted into the heavens. Consider picking up a red light headlamp—a hands-free way to illuminate your path but not obstruct the experience. Check the weather forecast, bring layers and plenty of water, tell someone where you’re going, and don’t forget to look down every once in a while. You can fall off a cliff if you’re not paying attention.

The bend isn’t the only thing that’s big in one of America’s most underrated national parks—the number of stars you can see here is massive. Big Bend is an ultra-remote superstar. Located in far West Texas, you’ll find yourself with plenty of peace and quiet as you hike through desert canyons, marvel at the Chisos Mountains, or kayak down the Rio Grande. But don’t forget to save some energy for after dark: Big Bend’s extreme isolation makes it the least light-polluted of all the national parks in the lower 48 so that as the sun goes down the heavens explode with stars. Park yourself anywhere beneath its 1,112,000 acres of dark skies for a night and take it all in.

The Grand Canyon may be the best national park in America! That’s debatable. But it is the most recognizable and extraordinary place to stargaze. A few years ago, the Grand Canyon Village began retrofitting its lighting to be more dark sky-friendly and in 2016 was rewarded with Provisional Dark Sky status. Between that effort and its accessibility, Grand Canyon’s allure for the astronomically inclined is not up for debate.

Related: Exploring a State Park or National Park this Summer! How to Choose?

There’s an annual Grand Canyon Star Party held each June and the Desert View Watchtower is a popular spot for capturing the Milky Way with astrophotography. On a full moon night, take a ranger-led hike along the rim, or on other nights a ranger-led constellation tour. Here’s how to plan your visit.

Like its state parks, Utah’s national monuments often hide in the shadows of its big five national parks. As such, only about 100,000 people visit Natural Bridges each year and most of those folks don’t stick around once the sun goes down. This is unfortunate—Natural Bridges became the first international Dark Sky Park back in 2007 owing to it having some of the absolute darkest skies in the country and countless astronomy events held through the summer. At night, the sky positively explodes with stars and celestial bodies and the canyon walls are pitch black in contrast to the celestial river that is the Milky Way rising over Owachomo Bridge. Let your gaze drift through the arch, upward and uninterrupted.