Three and a half miles of cliffs, rocky beaches, Gilded Age mansions, and 40 Steps to nowhere in particular 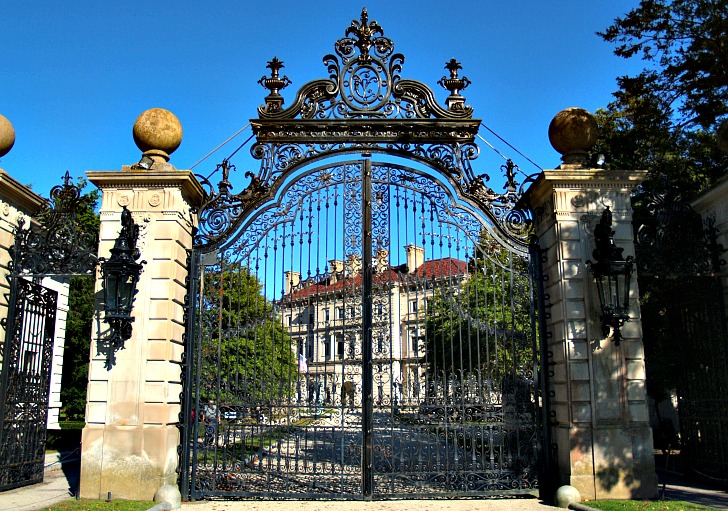 While Newport Island boasts many attractions, one that stands out is the famed Cliff Walk. Overlooking Easton’s Bay as it travails past Gilded Age mansions and the homes of Newport’s rich and famous and turns back toward Bailey’s Beach, the path welcomes more than a million visitors annually who are looking for exercise or a stroll, regardless of the time of year.

From First Beach at one end to Bailey’s Beach at the other, Newport Rhode Island’s Cliff Walk is a three-and-a-half-mile National Recreation Trail with seven access points and 40 steps with a history dating back to the Gilded Age. The breathtaking views have made it one of the state’s most popular tourist attractions and a central part of Newport’s identity.

While the far-reaching ocean views are stunning enough, visitors looking toward land can take in the sights of Newport’s many famous mansions. Among those along the path are Marble House, Rosecliff, Ochre Court, The Breakers, and Rough Point.

The Breakers is a Vanderbilt mansion located on Ochre Point Avenue along the Atlantic Ocean. It is a National Historic Landmark, a contributing property to the Bellevue Avenue Historic District, and is owned and operated by the Preservation Society of Newport County. The Breakers is the grandest of Newport’s summer “cottages” and a symbol of the Vanderbilt family’s social and financial preeminence in turn of the century America. Commodore Cornelius Vanderbilt (1794-1877) established the family fortune in steamships and later in the New York Central Railroad which was a pivotal development in the industrial growth of the nation during the late 19th century.

Visitors can also traverse a little closer to the water at Forty Steps near Narragansett Avenue.

Traversing the Cliff Walk has a few challenging (and slippery) sections but most of it is long easy stretches with sweeping views of Narragansett Bay. You can see why those Captains of Industry all wanted their piece of it—the bigger the piece the better.

The story of what is known as the 40 Steps just off the east end of Narragansett Avenue is one story of Cliff Walk in miniature. As Newport was being gobbled up as a resort town for the super-wealthy, access to some of the most arresting shorelines in New England was still open to people who weren’t named Astor and Vanderbilt. Sure there were mansions like The Breakers and Ochre Court dominating the land high atop the cliffs but their cooks, maids, butlers, chauffeurs, and gardeners created their piece of the seaside playground.

Sometime around 1880, a set of 40 rickety steps was built down to the bottom of the cliffs. With no beach at the bottom, the steps had no real destination. But they became the servants’ meeting place with music and dancing breaking up the monotony of work at the big houses. Today, much of the land along Cliff Walk is still privately owned but since 1975 this public trail with seven rights-of-way (and those 40 steps) the beauty of the Bay is still accessible for everyone.

In 1975 the Cliff Walk was named a National Recreation Trail. At the time, it was the first location in New England and 65th nationally. According to the National Park Service, “National Recreation Trails are recognized by the federal government with the consent of any Federal, State, Tribal, local, nonprofit, or private entity having jurisdiction over these lands. Today almost 1,300 of these trails have been designated throughout the country.”

Over the years, the mostly paved pathway has fought the effects of erosion with multiple repairs, both big and small to maintain the popular site. Those efforts have kept Cliff Walk viable as both a significant attraction for tourists and local residents alike.

Both the city and state also contributed funds for repairs covering about 9,200 feet between Newport Beach to the west property line of Marble House at Sheep Point.

The 1938 and 1954 hurricanes destroyed several areas and the walk could have deteriorated completely. In the 1970s the U.S. Army Corps of Engineers spent about two years supervising basic repairs using gravel, asphalt, and rocks weighing tons fitted to form revetments.

Further improvements were made in the early 1980s and funded by the National Park Service Land and Water Conservation Fund. In 1993 and 1994, an additional $3.4 million was spent on new retaining walls to check erosion along the northern cliffs and to repair damage from Hurricane Bob that occurred in 1991.

In 2004 additional improvements included the area south of Ruggles Avenue and extended to Reject’s Beach at Bellevue Avenue.

Superstorm Sandy in October 2012 washed out several sections of the walk and closed about half of the walk for just over 13 months. The over $5 million project was financed through federal aid with the state matching 20 percent of the federal aid. Areas involved were a walk near Rough Point, a cement walk at the edge of Miramar, a cement walk near the Waves, and many smaller segments. The 40 Steps were rebuilt too, this time not so rickety.

The city is in a bind: Should it continue propping up its landmark Cliff Walk even though chunks of the path keep crumbling into the sea?

Earlier this year, coastal erosion knocked out 30 feet of the paved trail that winds its way beside Gilded Age mansions high above the rocky shoreline. Peering down at the collapsed section of trail where a chain-link fence still dangles in space, city officials pondered whether to rebuild or retreat. It’s a question they’ve reckoned with many times before in Newport. It’s unknown how long repairs could take or how much they might cost.

The section that collapsed this month is next to private property—the last original shingle-style summer cottage on the Cliff Walk—so the path can’t be moved inland there.

Visitors are taking a roughly four-minute detour on local streets to get around the 450-foot stretch that is closed off.

The freeze-thaw cycles and mud layers within the cliff’s shale layers possibly contributed to the collapse.

A major appeal of the Cliff Walk is—as the name suggests—that it runs along cliffs. It isn’t a sidewalk next to a calm pond. There’s surf and a churning ocean below.

We humans like to put fixed infrastructure at the coast, particularly nice cliff walks around mansions to look at the views. There’s always this tension between where we want to put things and the dynamic coast. That means the city of Newport can count on constant repairs to keep the walk where it’s at.

Life is a walk to the edge of a cliff. Every day we get a step nearer and what lies over the brink, no one can tell.