The annual festival takes place from July 19 to July 21 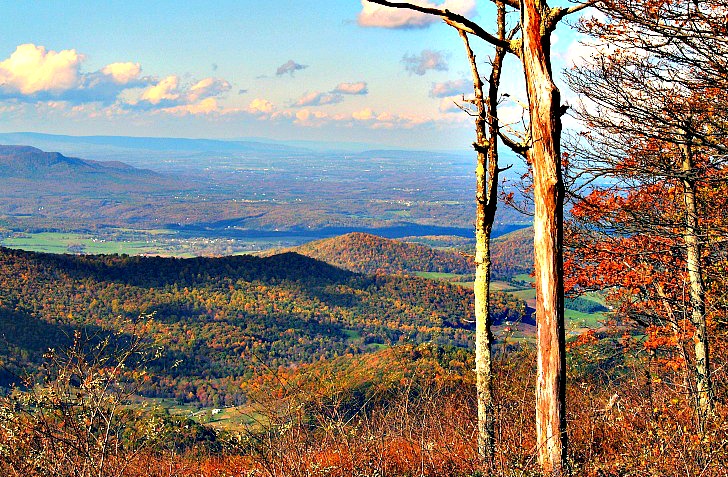 When you come home at night and flip on the lamp switch, do you ever stop to think about what you might be missing?

In 1880, less than 150 years ago, electric light first came to American cities.
In 2017, roughly 80 percent of people in North America cannot see the Milky Way due to electric lights at night. In other words, our dark night skies often really aren’t all that dark. When was the last time you were able to experience the awe of seeing a sky full of stars? It can be easy to feel disconnected from or simply forget about the beauty and sheer vastness of the cosmos.

National Parks are becoming a refuge for people from city light pollution. Dozens of national parks around the country have earned designations such as International Dark Sky Parks and Sanctuaries. These distinctions recognize “an exceptional or distinguished quality of starry nights and a nocturnal environment that is specifically protected for its scientific, natural, educational, cultural heritage, and/or public enjoyment,” according to the International Dark-Sky Association (IDA).

Many of these parks have astronomy programs where people of all ages can learn more about the wonders of the night sky—and all of them have places to lay out a blanket and simply enjoy the darkness. Grand Canyon National Parks hosts an annual Star Party in June.

Under the stars at Shenandoah National Park

Related article: Where to Stargaze

While Shenandoah National Park may not get as dark as some of the Parks in the West, its high elevation combined with its relative remoteness from dense urban areas makes the Park a great place to engage in stargazing on the east coast.

On moonless and cloud-free nights it is a wonderful spot to view the Milky Way or some of the 2,500 stars visible to the unaided eye that make up one of the 88 official constellations. Finding and observing constellations, phases of the moon, meteor showers, and eclipses can provide a sense of wonder about our place in the universe.

A good place for stargazing in Shenandoah National Park is by the Big Meadows area near the Rapidan Fire Road. The amphitheater in the Skyland area is also appropriate.

Most people are a bit uncomfortable in the dark. Try getting used to it by walking outside in a dark area while keeping your flashlight in your pocket.

Allow your eyes time to adjust; it takes about twenty minutes for your eyes to become accustomed to the nighttime darkness. You may be surprised how well you can see by starlight.

Make a red flashlight or use one with a red LED. To make your own, use red paper or cellophane to cover the white light of the flashlight. Red light allows your eyes to adapt better to the darkness than white light while still providing visibility for safety.

Enjoying the night skies is for everyone, you don’t need expensive equipment. If you don’t have a telescope, grab your binoculars to get a better look at the fuzzy spots in the sky overhead. Also, use the binoculars to gaze upon the Milky Way.

Educate yourself on the constellations overhead with the use of a star chart or a star-finding app downloadable for your smartphone or tablet.

When venturing out to stargaze in the park make sure to bring a red flashlight to journey from your car to your destination. Be sure to dress in layers, as summer nights are often cool on the mountain ridge. Bring a blanket or a set of chairs to sit on.

Shenandoah National Park will conduct its sixth annual Night Sky Festival from August 19-21. Rangers and guest speakers will present a variety of programs at sites throughout the park focusing on space, celestial objects, nocturnal residents, and the importance of dark night skies.

All programs are free. No reservations are needed. However, park entrance fees apply ($30/vehicle, valid for 7 days). Participants should be weather-prepared and bring a flashlight with a red filter. The complete program schedule can be found on the park’s website.