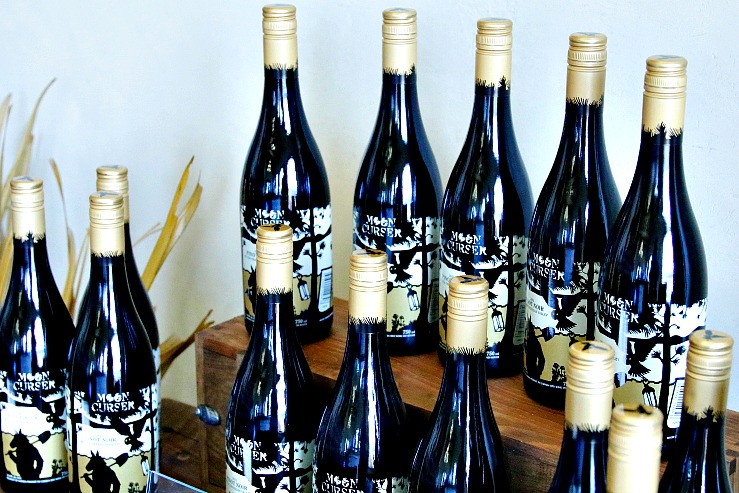 The Sonoran Desert reaches its Northern terminus in the shadow of the Cascade Mountains. This produces a hot and sunny environment with very little precipitation. Osoyoos experiences 2,039 hours of sunshine each year and an average of 9.8 inches of rain/2.1 inches of snow annually. While the warmest in Canada, the temperature does still see a significant range. The average high in the warmest month of August is just over 79 degrees while the average low in the coldest month of December is just over 13 degrees.

The name Osoyoos comes from the Sylix word soo-yoos, referring to the lake’s narrow gap. Indigenous people lived in the Okanagan region for thousands of years before the arrival of the first European fur traders in 1811. In 1821, the Hudson Bay Company took over operations, and a major trade settlement developed in the Okanagan Valley. As of 1858, the gold rush began transforming the economic incentives of the region.

By the early 20th century, the first commercial orchards (apples, pears, cherries, apricots, peaches) were established taking full advantage of the long growing season. In 1927, a major irrigation project is known as “The Ditch” helped disperse more water into the desert climate. By the 1960s, the optimal combination of natural and artificial conditions led to the first large-scale grape vineyards that currently support Osoyoos’s thriving wineries.

The Osoyoos area is one of the largest grape-growing regions of British Columbia with more than 15 estate wineries within a 15-minute drive of the town center.  Most of the wineries are VQA rated (Vintners Quality Alliance), meaning that they have passed the rigid quality standards set by the alliance of Okanagan vineyards and that the wines are made from 100 percent BC-grown grapes. The wines have won many prestigious awards for wines produced from the many grape varieties grown in the area.

Owned and operated by the Osoyoos Indian Band and located on 1,200 acres of band land, Nk’Mip Cellars is the first Aboriginal-owned and-operated winery in North America. The word Nk’Mip translates to “Bottomland” in English, and is located at the southern end of the Osoyoos reservation. Nestled in their vineyard overlooking the town of Osoyoos, the Cellars offers spectacular views of the lake and surrounding hills and mountains.

Related article: Taste Your Way through the Okanagan

During a recent visit a selection of wines from their Winemaker’s Series and premium Qwam Qwmt (which translates to “achieving excellence”) reserve were available for tasting—2015 Pinot Blanc, 2014 Pinot Noir, 2014 Merlot, 2014 Cabernet Sauvignon QQ, 2014 Syrah QQ, and 2014 Mer’r’iym QQ. Mer’r’iym is their word for “marriage” and the inspiration for a wine that represents a perfect union of Merlot, Cabernet Sauvignon, Cabernet Franc, and Malbec.

On the east side of town just before ascending the steep switchbacks of Anarchist Mountain (Highway 3) is Moon Curser Vineyards. We knew—and previously visited—this winery under its original name, Twisted Tree, which had been the name of this winery since it first opened in 2004. In the dark of winter 2011, they made the bold move to change their identity to Moon Curser Vineyards—a name that captures many colorful stories of the Osoyoos area, as well as the renegade spirit of their winemaking.

Osoyoos, the border town where Moon Curser Vineyards is located, has long been celebrated for the rich soil and brilliant sunshine. But during the gold rush, it was the dark of night that brought commotion to the area. Then, an unscrupulous procession of gold-smuggling miners returned stateside by the hundreds, if not by the thousands. All under the cover of night—trying to avoid customs agents at all cost. Often, the light of the moon would foil their plans, shedding light on their covert travels and activities. Need we say more about the name?

And you don’t forget a Moon Curser bottle when you see one. The labels are whimsical.

Related article: 4 of the Best Wineries in the Okanagan Valley

While the name and packaging are memorable, the wine inside the bottle is what is most important. From the start they decided to get creative and try different varieties in their portfolio. The approximate 5,000-case production includes 13 different wines.

As alternative varieties are becoming a trend all over the world, the vintners at Moon Curser are a few steps ahead of everyone else, fittingly, just as the moon cursers on their labels try to keep one step ahead of the law.

I enjoyed a selection of some serious and inventive wines—2015 Afraid of the Dark (a blend of whites from France’s Rhone Valley), 2014 Tempranillo, 2014 Dead of the Night, 2013 Contraband Syrah, and 2014 Border Vines (Merlot, Malbec, Petit Verdot, Carménère).

Adega on 45th has a bell tower, set in a vineyard not far from Nk’Mip Winery overlooking the town of Osoyoos. The 6,000-square-foot winery has thick concrete walls and a naturally cooled cellar for 400 barrels buried against the hillside. The winery’s ambience reflects the Portuguese heritage of the owners.

The winery sits high on the vineyard’s west-facing slope. The tasting room windows offers a grand view over the town and the lake.

Young & Wyse is owned by Stephen Wyse former winemaker at Burrowing Owl Winery and his partner Michelle Young. The vineyard is located on the East bench overlooking beautiful Osoyoos Lake. The plantings are on sloping terraces and consists primarily of sandy loam soil. The southwesterly exposure offers long days of sunlight hours. The cooling effect from the lake balances the heat from the day, which is optimal for grape and vine growth. Plantings include four acres primarily with Melbec, Zinfandel, and Viognier.

Related article: Why You Should Explore the Wines of the Okanagan Valley

Wine is constant proof that God loves us and loves to see us happy.