Only have two days for a quick getaway? These stunning national parks are perfect for a weekend trip. 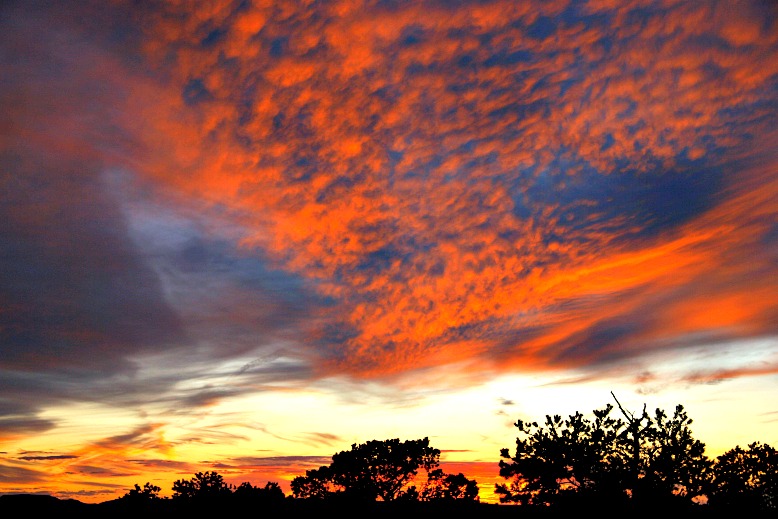 All over the United States, there are national parks filled with trails, wildlife, and plenty of natural wonders waiting to be explored. Even better: plenty of them can be thoroughly enjoyed throughout a two-day weekend.

From the lush green landscapes of the Smoky Mountains to the desert environment of Arches National Park, odds are, there’s a park that’s close to you (or just a car or RV ride away) that can make for an epic quick getaway.

If you’re thinking about a weekend getaway in the great outdoors, consider one of these eight national parks which are among the best for an in-and-out style vacation. And for even more travel ideas, don’t miss The Ultimate RV Travel Bucket List.

A weekend getaway to Joshua Tree National Park—which is best if you’re coming from the western U.S. like California, Nevada, or Arizona—can include everything from birding and horseback riding to camping and stargazing. While the park is known for its interesting-looking trees, called Joshua trees, it’s also known for its rocky landscape that beckons rock climbers into the park.

With over 300 miles of hiking trails and 8,000 established rock-climbing routes, there’s something for everyone who enjoys the great outdoors. Just be sure to take a break in the middle of the day so you can stay up late to enjoy the nightly spectacles in the sky from the Milky Way galaxy. The park’s nearly complete darkness allows you to see millions of stars and planets throughout the year.

Grand Canyon National Park is one of the most popular national parks in the country. While a little planning is a key to getting into the park on busy days, once you’re in for the weekend, you don’t need to leave. The park allows camping along the South Rim and North Rim and those who want to venture past the edge of the canyon into the depths can take a mule ride (though some limitations do apply and spots fill up months in advance).

Weekend getaways are the most convenient from Arizona, California, and Utah.

One of the coolest national parks in the country is Arches National Park in Utah. The park features more than 2,000 natural rock arches that dot the rugged desert landscape. Camping at the park can be done at Devils Garden Campground from the beginning of March until the end of October. The area offers a tranquil location to lay your head at night and spectacular views to wake up to each morning. Tours via bike, car, and horse are all available daily and allow you to see different sections of the park.

Utah, Colorado, and Nevada are all within a weekend getaway distance to the park.

With ten different camping locations and plenty to offer in the way of activities, Great Smoky Mountains National Park is a great weekend escape for families or friends traveling together. Trails offer picnic stops where you can munch on a snack or eat lunch near waterfalls. Those who love to fish can do so within the park as long as they have a fishing license for the states of North Carolina or Tennessee. (Fun fact: You can keep up to five of the fish that you catch and be able to cook them for dinner at night.)

White Sands takes up 275 square miles of breathtaking landscape in southeastern New Mexico. Its most noticeable feature: miles of undulating dunes made of blindingly white gypsum crystals which were formed 10,000 years ago when shallows sea that had existed for millions of years dried up leaving the gypsum behind. Though long a National Monument, White Sands was elevated to park status in December 2019. Four marked trails allow hiking and since gypsum unlike sand reflects the sun’s heat, the dunes are easy on your feet. And if you’re so inclined, you can rent plastic sleds to slide down them.

New Mexico, southeastern Arizona, and West Texas are within a weekend getaway distance to the park.

Hidden in the Appalachian Mountains of West Virginia, America’s newest national park attracted over one million visitors last year so clearly, the secret is out. It’s been called the Grand Canyon of the East and this park’s most prominent feature is a wide, fast-flowing whitewater river that snakes through the gorge. Inside, you can hike on any number of different trails, traverse the iconic New River Gorge Bridge, the third-highest bridge in the US, or indulge in a full-on class five whitewater raft trip along the 53 miles of accessible river. Just bring some dry clothes.

A weekend getaway to Badlands National Park—which is best if you’re coming from the Dakotas, Wyoming, Montana, Nebraska, Colorado, or Kansas—can include everything from hiking and horseback riding to camping and stargazing. This bizarre moonscape was created millions of years ago when ash deposits and erosion sculpted sedimentary rock into rippled peaks.

Fossils show that rhinos and camels once roamed here but today these 244,000 acres are home to bison, bobcats, pronghorns, and bighorn sheep. As long as you stay hydrated, the park’s 800,000 annual visitors find the Badlands fascinating to explore. Hikers scale the rocks to take in otherworldly views of the White River Valley and cyclists coast by colorful buttes and grass prairie. At night, the pitch-black sky reveals 7,500 stars and a clear view of the Milky Way; telescopes provide close-ups of moons and planets.

Shenandoah National Park lies astride a beautiful section of the Blue Ridge Mountains in Virginia. The name “Shenandoah” is an American Indian word meaning “Daughter of the Stars.”

Skyline Drive is one of the most beautiful drives in the United States at any time of the year. The picturesque 105-mile road rides the rest of the Blue Ridge Mountains where 75 overlooks welcome visitors to take in panoramic views of the Shenandoah wilderness.

Nothing compares to sleeping under the stars and with four campgrounds there’s no better place to do it than Shenandoah National Park.