The Freedom Trail is a unique collection of museums, churches, meeting houses, burying grounds, parks, a ship, and historic markers that tell the story of the American Revolution and beyond 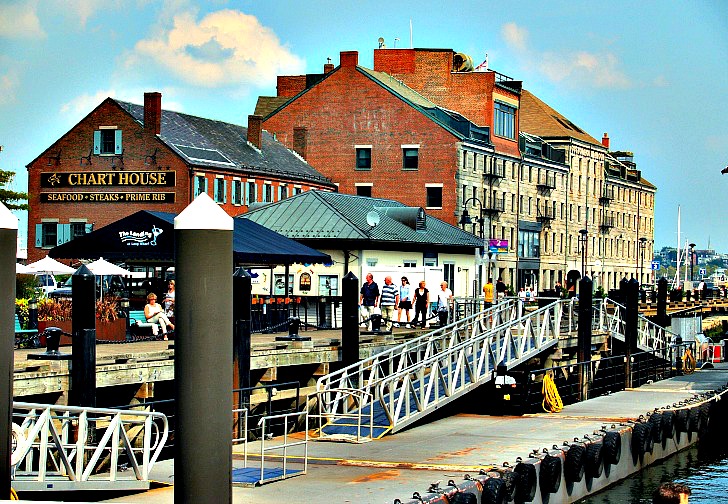 Every city has its iconic landmark. In Boston, it’s the Freedom Trail: an instantly recognizable 2.5-mile walking route of red-brick path inlaid on city sidewalks connecting 16 Revolutionary-era historic sites from the Boston Common to the Bunker Hill Monument in Charlestown.

In 1974, Boston National Historical Park was established. The National Park Service opened a Visitor Center on State Street where they give free maps of the Freedom Trail and other historic sites as well as sell books about Boston and US history. Today, people walk on the red path of the Freedom Trail to learn about important events that led to independence from Great Britain.

History nerd that I am, I can’t get over how much has happened in such a small area. I love that you can take your time walking it.

Traveling on the Freedom Trail shows you how small historical Boston was. The trail is free, and clearly marked and you can walk at your own pace. Be sure to wear your comfy shoes as you’re in for an awesome hike.

The Freedom Trail kicks off at this iconic park that dates to the 1630s when it was a common cow pasture for the Massachusetts Bay Colony and sits adjacent to the Boston Public Garden. Both are still beloved and used public spaces where you might see yuppies jogging, sunbathing, or catching a free run of Shakespeare on the Common performances in the summer. Brand-new hotel The Newbury’s rooftop Italian restaurant, Contessa is currently the hottest dining reservation in Boston and it offers one of the best views of the Public Garden.

This historic church sits in the heart of the city’s Ladder Blocks, a prime neighborhood for wandering thanks to its outstanding examples of 18th- and 19th-century commercial architecture spanning the city’s historic Theater District from the Omni Parker House Hotel to a historic Stone Mason Grand Lodge. The area includes everything from Victorian Gothic and Spanish Baroque to Art Deco design. It’s here that you’ll find Brattle Book Shop, one of the country’s oldest antique book shops located steps from the Common.

A five-minute walk from this oldest church building in Boston (built-in 1723) is the North Bennet Street School, a private vocational school established in 1881 where the crafts of cabinetry, jewelry making, locksmithing, piano technology, violin maintenance, and preservation carpentry are still taught. The school operates from a fabulous gallery store where you can find hand-bound books, marbled papers, and furniture pieces for purchase.

One of the city’s best-kept secrets is the Bostonian-loved Athenaeum, a members-only library dating back to 1807. For a small donation, you can tour the premises which house more than 100,000 volumes of books, 100,000 paintings, and one of the most significant collections of primary materials from the American Civil War. Head to the fifth-floor reading room for one of the city’s most gracious, elegant spaces, and some serious perusal.

Oh, the North End. What’s not to love about Boston’s little slice of Italy? You can hardly take a step down Hanover Street without crossing a must-eat restaurant or café and it’s tough to go wrong. Directly on the trail, you’ll find local go-to’s like Bricco and Mare Oyster Bar as well as the homey Mamma Maria, a restaurant set in a restored townhouse in North Square. Take a few steps off the Freedom Trail at Battery Street and you’ll find All Saints Way, a famous and privately owned alley filled with religious trinkets and memorabilia that pays homage to the neighborhood’s Roman Catholic roots. And another few minutes off the trail at waterfront Commercial Street is Boston Sail Loft, a classic preppy dive bar overlooking the water that’s perennially packed with locals.

Launched in Boston in 1797, USS Constitution is the oldest commissioned warship afloat and earned her nickname “Old Ironsides” during the War of 1812 when she fought the British frigate HMS Guerriere. You’ll find three of the neighborhood’s favorite eateries just minutes from Old Ironsides. Try local, seasonal plates at Dovetail, wood-fired pizzas and craft beers at Brewer’s Fork, as well as croissants and other treats at an outpost of the local-loved cafe chain Tatte.

You’ve finally made it to the Freedom Trail’s terminus: Boston’s most iconic obelisk and the site of the Revolution’s first major battle. And likely you’re going to save your shopping for the end of the schlep because Charlestown has no shortage of adorable boutiques. Your hit list should include needlepoint pillows and Bunker Hill Flag valet trays at Place & Gather; local pottery, alpaca throws, and hand-dipped candles at Monroe Home & Style; and fresh flowers and bath products from Junebug. By visiting even just these three shops here in this tiny corner of Boston, you’ll get a great sense of what this region’s many artisanal makers are up to.

When you think about Boston, Harvard and M.I.T. are the brains of the city and its soul might be Faneuil Hall or the State House or the Old Church. But I think the pulsing, pounding heart of Boston is Fenway Park.