What does wilderness mean to you? 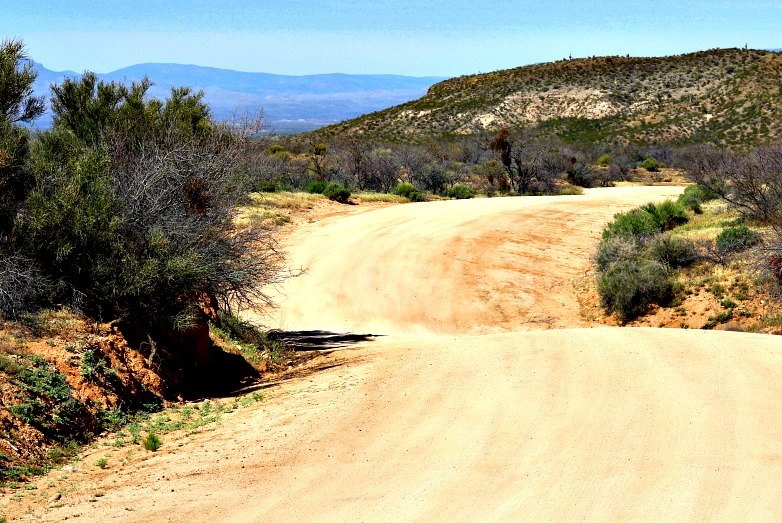 Wilderness is not a luxury but a necessity of the human spirit.

“A wilderness, in contrast with those areas where man and his own works dominate the landscape, is hereby recognized as an area where the earth and its community of life are untrammeled by man, where man himself is a visitor who does not remain.”

When the Wilderness Act was passed in 1964, 54 areas (9.1 million acres) in 13 states were designated as wilderness. This law established these areas as part of the National Wilderness Preservation System (NWPS). Since 1964, the NWPS has grown almost every year and now includes 803 areas (111,706,287 acres) in 44 states and Puerto Rico. In 1980, the passage of the Alaska National Interest Lands Conservation Act (ANILCA) added over 56 million acres of wilderness to the system, the largest addition in a single year. 1984 marks the year when the newest wilderness areas were added.

These wilderness areas are located within national forests, parks, wildlife refuges, and conservation lands and waters. During the COVID-19 pandemic, many Americans turned to these areas for physical recreation, mental well-being, and inspiration, and our public lands and waters became places of healing and sanctuary.

Wilderness is in the arid deserts, cypress swamps, alpine meadows, sandy beaches, and rocky crags. From Alaska to Florida, wilderness protects some of the most diverse and sensitive habitats in America. It offers a refuge for wildlife and a place to seek relaxation, adventure, or something in between for us. What does wilderness mean to you?

Celebrate Wildnerness Month by getting out and visiting some of America’s state parks and national parks. Or, for more local ideas here are a few suggestions on how you can get started to actively appreciate and enjoy our beautiful wilderness:

In addition, the fourth Saturday in September (September 24, 2022) celebrates the connection between people and green spaces in their community with the annual National Public Lands Day. The day is set aside for volunteers to improve the health of public lands, parks, and historic sites. This day is traditionally the nation’s largest single-day volunteer effort.

With 803 designated locations, searching for a National Wilderness Area to visit may seem like an impossible task. Consider the following eight wilderness areas for RV travel.

Although there is no guarantee that you’ll find buried treasure, you are sure to discover miles and miles of desolate and barren mountains, seemingly endless and haunting canyons, raging summer temperatures that can surpass 115 degrees Fahrenheit, and a general dearth of water.

Elevations range from approximately 2,000 feet on the western boundary to 6,265 feet on Mound Mountain. In the western portion rolling land is surrounded by steep, even vertical terrain. Weaver’s Needle, a dramatic volcanic plug, rises to 4,553 feet. Vegetation is primarily that of the Sonoran Desert with semidesert grassland and chaparral higher up.

Despite the harsh setting, much of Superstition Wilderness, especially the Peralta and First Water Trails is overused by humans. These two trailheads receive about 80 percent of the annual human traffic and the U.S. Forest Service calls the 6.3-mile Peralta one of the most heavily used trails in Arizona. Other trails within the Wilderness are virtually untrodden. There are about 180 miles of trails as well as other unmaintained tracks.

The California Desert Protection Act of 1994 transformed Joshua Tree National Monument into a national park and expanded the wilderness. The additions thrust north into the Pinto Mountains, northeast into the Coxcomb Mountains, southeast into the Eagle Mountains, and southwest into the Little San Bernardino Mountains. Most of the park away from road corridors is Wilderness, a meeting place of two desert ecosystems.

The lower, drier Colorado Desert dominates the eastern half of the park, home to abundant creosote bushes, the spidery ocotillo, and the “jumping” cholla cactus. The slightly more cool and moist Mojave Desert covers the western half of the park serving as a hospitable breeding ground for the undisciplined Joshua tree. You’ll find examples of a third ecosystem within the park: five fan-palm oases where surface or near-surface water gives life to the stately palms.

Managed by: Fish and Wildlife Service

Imagine waking to a mist-enshrouded wetland echoing with the calls of herons and ibis. Your camping site is a wooden platform surrounded by miles and miles of wet prairie or moss-covered cypress. The only sounds you hear are the calls of native wildlife and those you make upon taking in such beauty. This is what it is like to experience a night in the Okefenokee National Wildlife Refuge (NWR) Wilderness Area.

The Okefenokee NWR encompasses the Okefenokee Swamp, one of the oldest and best-preserved freshwater areas in America. Native Americans called the swamp the “land of trembling earth” because the unstable peat deposits that cover much of the swamp floor tremble when stepped on. “Okefenokee” is a European interpretation of their words. The Okefenokee Swamp forms the headwaters for two very distinct rivers. The historic Suwannee River originates in the heart of the swamp and flows southwest toward the Gulf of Mexico. The second is the St. Marys River, which originates in the southeastern portion of the swamp and flows to the Atlantic Ocean forming part of the boundary between Georgia and Florida.

Rising a magnificent 7,000 feet from the desert floor, 9,452-foot-high Mount Wrightson is visible from great distances. At the core of the Santa Rita Mountains, this Wilderness has rough hillsides, deep canyons, and lofty ridges and peaks surrounded by semiarid hills and sloping grasslands. Ponderosa pine and Douglas-fir dominate the upper elevations. The stream-fed canyons support an abundance of plant and animal life. At the foot of Madera Canyon on the edge of the Wilderness, a developed recreation area serves as a popular jumping-off point for hikers and backpackers.

In May of 1914, Lassen Peak began a seven-year series of eruptions including a humdinger in 1915 when an enormous mushroom cloud reached seven miles in height. Today, the Lassen Volcanic National Park serves as a compact laboratory of volcanic phenomena and associated thermal features (mud pots, fumaroles, hot springs, sulfurous vents) with Lassen Peak (10,457 feet) near the center of the park’s western half. Lassen Peak and its trail are non-Wilderness but almost four-fifths of the park has been designated Wilderness, a land of gorgeous lakes teeming with fish, thick forests of pine and fir, many splendid creeks, and a fascinating hodgepodge of extinct and inactive volcanoes.

Best of all, this mountainous country remains relatively uncrowded by California standards. At least 779 plant species and numerous animals have been identified here. The eastern border of the Lassen Volcanic Wilderness is shared with Caribou Wilderness and one trail crosses the boundary. About 150 miles of trails snake through the Lassen Volcanic Wilderness. A 17-mile-long section of the Pacific Crest Trail crosses from north to south.

Managed by: Bureau of Land Management

El Malpais is Spanish for “the badlands,” a name that perfectly describes this region of New Mexico where countless volcanic eruptions sent rivers of molten rock and flying cinders over what is now a bleak valley of three million years’ worth of hardened lava. Native American settlers probably witnessed the last of the eruptions. Their former home is now a land of craters and lava tubes, cinder cones and spatters cones, ice caves and pressure ridges, and a surprising amount of vegetation. Even on terrain that one would presume to be barren, wind-deposited debris has thickened enough to support grasses, cacti, aspen, pine, juniper, and fir.

Preserved within the El Malpais National Monument and Conservation Area, West Malpais Wilderness is home to Hole-In-The-Wall, the largest island-like depression in these lava fields. Over the years, moisture and soil collected on some of the oldest lava to form this 6,000-acre stand of ponderosa pine.

The Organ Pipe Cactus Wilderness is bordered by the Cabeza Prieta Wilderness to the west.

Located at the heart of the vast and lush Sonoran Desert, Organ Pipe Cactus Wilderness hugs the Mexican border and celebrates a desert full of life: 550 species of vascular plants, 53 species of mammals, 43 species of reptiles, and more than 278 species of birds. The monument conserves 90 percent of the organ pipe cactus range in the US. The organ pipe is a large multispined cactus rare in the United States.

From Mount Ajo at 4,024 feet, atop the Ajo Range on the eastern border, the land falls away to broad alluvial desert plains studded with cacti and creosote bushes, isolated canyons, dry arroyos, and stark desert mountains. Summer temperatures have been known to reach an unbelievably scorching 120 degrees Fahrenheit but winter brings daytime temperatures in the 60s and chilly nights. About 95 percent of the monument has been designated Wilderness making this Arizona’s third largest Wilderness.

No reliable water sources exist in Organ Pipe Cactus except at the 208-site campground near the visitor’s center. The camp is open year-round on a first-come, first-served basis for a fee.

Managed by: Bureau of Land Management

The Organ Mountains Wilderness provides the backdrop to the Mesilla Valley and New Mexico’s second-largest city: Las Cruces. From picnickers to horsemen, family outings to day hikes, these mountains offer recreation, important wildlife habitat, and watershed protection. The striking granite crags and spires of the Organ Mountains range from 4,600 to just over 9,000 feet and are so named because of the steep, needle-like spires that resemble the pipes of an organ. The wilderness includes the Baylor Pass National Recreation Trail.

The lasting pleasures of contact with the natural world are not reserved for scientists but are available to anyone who will place himself under the influence of earth, sea, and sky and their amazing life.