One of the most popular road songs ever written and a prime force behind the international popularity of Route 66, “Get Your Kicks on Route 66” was penned by jazz musician Bobby Troup in 1946 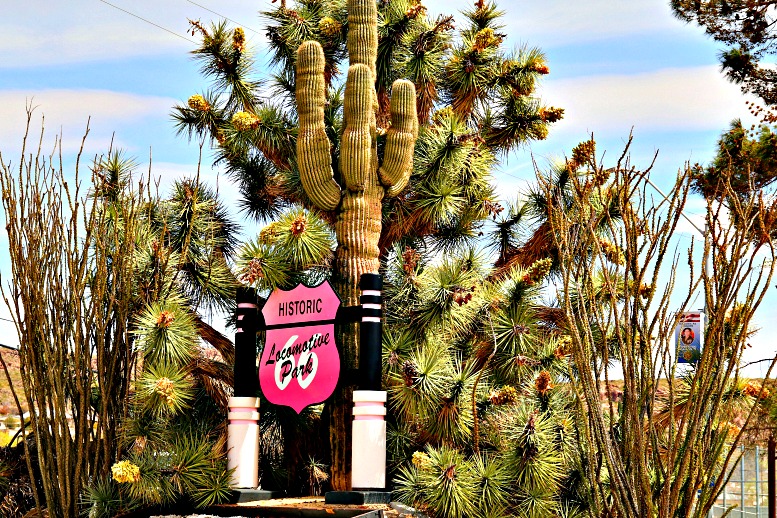 With its neon signs, rustic truck stops, and scenes of classic Americana, no other road captures the imagination quite like Route 66. Driving this highway through the heart of the country is the quintessential American road trip and it deserves a rocking soundtrack to match. So, fuel up the vehicle and press play on this collection of 12 perfect songs selected for your next trip on the Mother Road!

No Route 66 playlist would be complete without Chuck Berry’s 1961 version of this R&B standard. Although covered by other artists ranging from The Rolling Stones to Depeche Mode, Berry’s cool delivery and bluesy guitar and piano serve as the perfect backdrop to getting “your kicks on Route 66.”

2. Take It Easy by The Eagles

Turn this 1972 classic on for its Route 66 reference (“Well, I’m a standin’ on a corner in Winslow, Arizona”), but keep it playing for its low-key, country-rock charm.

Visit Cadillac Ranch, a Texas art project featuring ten half- buried Cadillacs (and one of the route’s most photographed stops), while grooving along to the pounding beat of this 1980 rock n’ roll song.

A must have on any Route 66 playlist, this 1974 rock classic has lyrics that burn themselves into your brain and a tune that you can’t help but sing along with as you cruise across America.

No Route 66 road trip playlist would be complete without a few slower jams. This 1988 song, while not one of the band’s most well-known, haunts with lyrics like, “Sixty- six – a highway speaks  / Of deserts dry / Of cool green valleys / Gold and silver veins / All the shining cities.”

6. Way Down Watson by Son Volt

With lyrics like “It just goes to show / Someday we gotta go / Feel the heart strings / sinking fast / Another treasure found / Another tumbling down,” this 1997 country-rock song breaks our hearts a little as it tells of the demolition of the Coral Court Motel on Watson Road (Route 66), in St. Louis in 1995.

7. All Summer Long by Kid Rock

This Randy Newman song, performed by James Taylor, was featured on the soundtrack of Disney Pixar’s Cars. A slower tune, it’s a beautiful song that speaks to time and change and evokes the nostalgic feeling present as you pass through some of Route 66’s abandoned towns.

9. Amarillo by Morning by George Strait

This aching portrayal of the lonely life of a rodeo cowboy mentions one of Route 66’s most famous towns, Amarillo, Texas. The traditional fiddle intro and Strait’s characteristically smooth vocals make this 1983 song a Route 66 playlist standard.

Related article: Get Your Kicks (And Burros) On Route 66

10. Life is a Highway by Tom Cochrane

This 1992 track while a little heavy handed with the highway metaphor is almost impossible not to sing along to. Covered by other artists including Rascal Flatts this song made its way onto the soundtrack of the Route 66 inspired Disney Pixar film Cars. Tom Cochrane’s version is my favorite.

This upbeat bluesy song about a man getting home to his baby in Tucumcari, New Mexico, will get you revved up while you’re driving on the open road. When your energy is flagging, give yourself a hit of this blues rock, steering wheel pounding ditty.

12. Hotel California by The Eagles

The Eagles make a second appearance on my list with this tune, possibly inspired by the band members’ journeys on Route 66. It’s a long and intricate rock ballad that serves as the perfect backdrop for driving westward into the sunset.