My ever-growing list of Extraordinary Places will help take your road trip planning to the next level. Hand-picked, I promise each one is worth the detour. 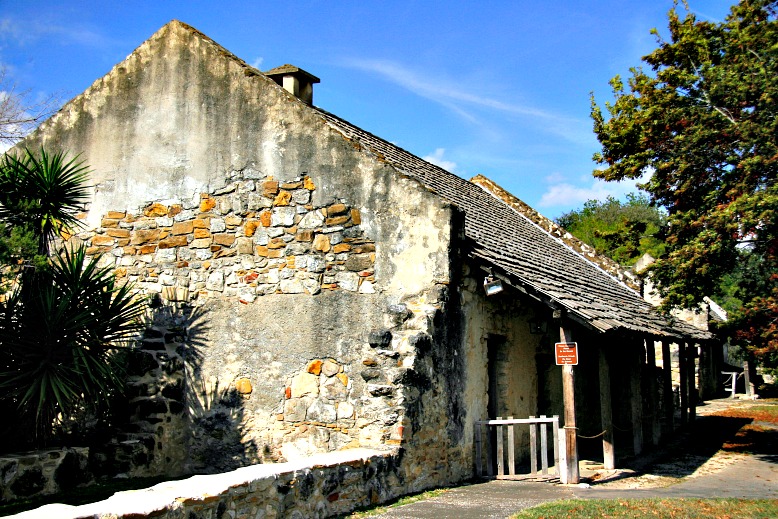 While it’s entirely possible that one person’s travel treasure can be another’s trash, sharing insider tips with others is one of the best parts of returning from any road trip. For me, the lure of the road is constant and my travel bucket lists are infinite. Picking favorites is almost impossible but I’ve tried curating a list of Extraordinary Places to enhance your next road trip.

What is an Extraordinary Place?

Here are just some of the places that I love the most—that is, until I hit the road again and discover new favorites. Explore my list and start planning your next road trip today.

The Breakers is a Vanderbilt mansion located on Ochre Point Avenue in Newport along the Atlantic Ocean. It is a National Historic Landmark, a contributing property to the Bellevue Avenue Historic District, and is owned and operated by the Preservation Society of Newport County. The Breakers is the grandest of Newport’s summer “cottages” and a symbol of the Vanderbilt family’s social and financial preeminence in turn of the century America.  Commodore Cornelius Vanderbilt (1794-1877) established the family fortune in steamships and later in the New York Central Railroad which was a pivotal development in the industrial growth of the nation during the late 19th century.

The main attraction in Brenham is the Blue Bell Ice Cream factory which opened in 1907. Visitors can stop by the creamery’s Ice Cream Parlor for a generous scoop, learn about the history from the visitor’s center, shop at the Country Store, and watch the production from the observation deck. Be sure to take a photo with the statue of the brand’s iconic logo, a little girl leading a cow on a rope.

While the ice cream alone is worth the trip, the town is also the main hub of Washington County with a plethora of attractions within in a 12-mile radius. Highlights include the Texas Cotton Gin Museum and Washington-on-the-Brazos State Historic Site where the Texas Declaration of Independence was signed on March 2, 1836, liberating the state from Mexico. Located on the scenic Brazos River, the park includes The Star of the Republic Museum, which details the Texas Republic period, and Barrington Plantation, the home of the last President of the Texas Republic.

The Battle of Gettysburg was a turning point in the Civil War, the Union victory that ended General Robert E. Lee’s second and most ambitious invasion of the North. Often referred to as the “High Water Mark of the Rebellion”, Gettysburg was the Civil War’s bloodiest battle and was also the inspiration for President Abraham Lincoln’s immortal “Gettysburg Address”.

Gettysburg is the kind of place you could make a quick stop or spend a full day exploring. The battlefield has roads so it’s easy to drive from one monument or site to the next. There’s an audio tour and there is even an app you can download to help add dimension to what you’re seeing and to find the highlights at the park.

It’s especially haunting thinking about the brave and dedicated men who walked into certain death across open fields during battle. It helps to have an appreciation for military history but even families will enjoy a visit. Some recommended reading beforehand: The Red Badge of Courage for background and The Killer Angels.

The term “Painted” comes from the elaborate faux-finished interiors—painted by itinerant artists who advertised in church bulletins and newspapers. Gold-leafed, stone, and polished marble columns and ceilings are (upon closer examination) finely-fitted woodwork. The paint—mixed on site—is still vibrant and bright—even after all these years.

In the mid-1800s, thousands of German and Czech immigrants left Europe due to poverty in search of a new dream and landed in Central Texas.  These communities embraced America and the promise of their new future while still preserving the traditional values, culture, food, and faith of their homelands. Each community of ~600 families came together to build their community church—purchasing the statues and donating them to the churches. They decorated the interiors with colors and symbols to remind them of their homelands.

The Painted Churches are in a tight cluster (relatively speaking) in southern Fayette County near Schulenburg. The tour can easily be a day trip from Houston, Austin, or San Antonio.

In Arizona, several villages have been preserved in their original state; however, none are quite as untouched as the beautiful artist colony of Tubac. Located on the Santa Cruz River in Southern Arizona, it was founded in 1752 when the Spanish army built the Presidio of San Ignacio de Tubac, in other words, the Fort of Tubac. It was established to protect the Spanish missions and settlements which were located around the Santa Cruz River Valley. Today, Tubac Presido is a state historic park.

With a population of nearly 1,200, the town has become famous for the Festival of the Arts in February. As an artist colony, Tubac is home to 100 art galleries, home decor shops, jewelers, potters, and artists of all kinds. You can purchase clothing, paintings, sculptures, and many other hand-crafted items which have been made by the locals.

Canyonlands invites you to explore a wilderness of countless canyons and fantastically formed buttes carved by the Colorado River and its tributaries. Rivers divide the park into four districts: the Island in the Sky, the Needles, the Maze, and the rivers themselves. These areas share a primitive desert atmosphere but each offers different opportunities for sightseeing and adventure.

Canyonlands National Park preserves one of the last, relatively undisturbed areas of the Colorado Plateau, a geological province that encompasses much of the Colorado River and its tributaries. Carved out of vast sedimentary rock deposits this landscape of canyons, mesas, and deep river gorges possess remarkable natural features that are part of a unique desert ecosystem. With elevations ranging from 3,700 to 7,200 feet Canyonlands experiences very hot summers, cold winters, and less than ten inches of rain each year. Even daily temperatures may fluctuate as much as 50 degrees.

Are you in the mood for a leisurely, legendary drive? If so, head for the Blue Ridge Parkway where the speed limit sits at a comfortable 45 mph, and commercial vehicles are strictly prohibited. Snaking through the Appalachian Mountains of Virginia and North Carolina, the 469-mile route connects the Shenandoah and the Great Smoky Mountains national parks. For prime leaf-peeping, visit in autumn when foliage explodes in a brilliant display of crimson, auburn, and golden leaves.

Can’t-miss pit stop: Spend some time at Mount Pisgah in North Carolina, famous for its extensive network of hiking trails and the storied Pisgah Inn which dates back to 1919.

Time slows down in this quaint Florida town filled with unique shops and delicious eateries.  Located approximately 45 minutes north of Disney World, Mount Dora is like a real-life Main Street U.S.A. This small town is known for its boutique stores and the downtown area is filled with eateries, and tasty coffee, and ice cream shops. Cruise on Lake Dora, sip on a signature cocktail while enjoying the spectacular sunset, and slow down and take in the relaxing atmosphere.

There’s no experience quite like the untamed beauty of Cumberland Island National Seashore, a barrier island only accessible by boat from the small town of St. Marys. Home to a handful of residents and a whole lot of wildlife, it’s an incredible place to go off-grid. Visitors can hike the miles of trails sharing the space with wild horses, alligators, and birds.

Tours are available of historic Carnegie mansions like Plum Orchard and the ruins of Dungeness. On the northern side of the island, you can see the First African Baptist Church, a historic African-American church where John F. Kennedy Jr. was famously married. To spend the night, choose from the multiple tenting campsites or the luxurious Greyfield Inn set in another Carnegie home with chef-prepared meals and naturalist tours.

Four of the original six Spanish colonial missions built along the San Antonio River make up the park. The missions continue to be used as places of worship by parishioners and can be toured daily by park visitors, Learning about the craftsmanship of the architecture, the extensive acequia system (irrigation canals), and the grist mill built in the 18th century takes visitors beyond the religious aspects and into the past lifestyles of the people who built and lived in these missions. The visitor center at Mission San Jose has museum exhibits and an introductory film about the establishment of the San Antonio missions.

Look deep into nature, and then you will understand everything better.