Are you brave enough to visit the most haunted cities in America? 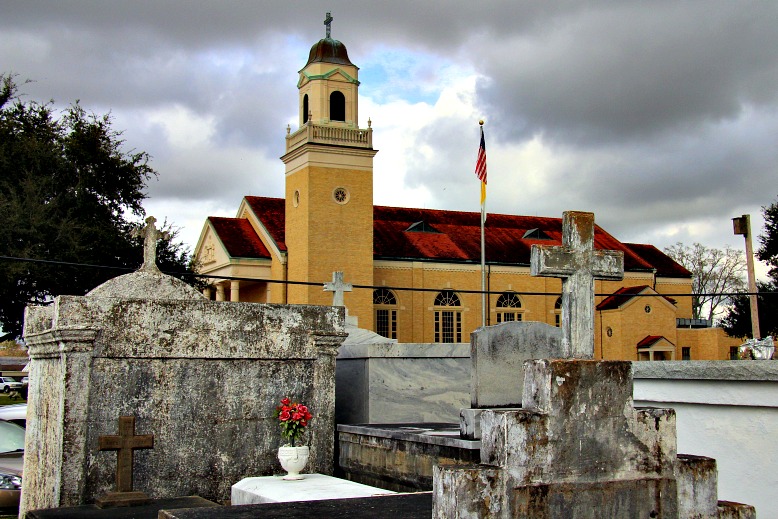 Strange sounds, ghost apparitions, and whispers—these are just some of the accounts told by visitors of haunted cities around the U.S.

Tales of the supernatural world are fascinating at any time of year but the Halloween season kicks the ghostly atmosphere into high gear in many places across the U.S. One of the best ways to celebrate the spooky season is on a bone-chilling ghost tour. Here are six cities with some of the coolest, spookiest, and most illuminating ghost tours you can take in America.

Gettysburg, Pennsylvania: The Blood of the Battlefield

Areas, where historic tragedies took place, are often considered paranormal hot spots, and the site of the Civil War’s bloodiest battle is regarded as one of the world’s most haunted places. Some report seeing the ghosts of soldiers on the battlefield and inns and a farm in the area are haunted, too.

During the day, visitors can take a self-guided audio tour around the battlefield—an excellent way to get one’s bearings and visit such ominously named locations as Devil’s Den which feels spooky even in broad daylight. After dark, choose from the many walking tours that visit paranormal spots around town and share tales of the epic Civil War battle. The Farnsworth House Inn hosts several guided ghost walks which include a presentation in its haunted cellar a tour of the Confederate Hospital and a visit to the old Union Cemetery. For a more family-friendly tour, try the Gettysburg History and Haunts Tour which is also wheelchair-accessible and pet-friendly.

Southern gentility has a ghostly past in Savannah. The Mercer House was the home of Jim Williams, a voodoo-practicing antique dealer and the main character in Midnight in the Garden of Good and Evil. The home is said to be haunted by the man he allegedly killed in a heated argument though he was acquitted in three separate trials.

Blue Orb Tours feature frequently on lists of best ghost tours in both the U.S. and around the world. Suitable for all ages, their 90-minute Savannah Shadows walk combines local history, Gullah folktales, and haunted sightings in the city’s otherwise charming downtown. The company also offers a two-hour Zombie Tour for adults only. Visitors to Savannah shouldn’t miss the Old Sorrel-Weed House (see photo above), a local landmark known for its paranormal past. Now a museum, it offers a popular Ghosts of Sorrel Weed Tour.

New Orleans, Louisiana: The Most Haunted and Haunting

They say that on Halloween, the line between the dead and the living gets thinner than ever. In New Orleans, you’re not that far from the dead as the city’s cemeteries hang above ground year-round. After colonial times, slavery, voodoo, many wars, and most recently, Hurricane Katrina, the city counts its ghosts as regular residents.

With dozens of reportedly haunted places, New Orleans is one of the country’s most haunted cities. By paranormal standards, New Orleans has it all: churches haunted by the spirits of former priests, former hospitals visited by soldiers who died but never truly passed on, and homes filled with ghosts of residents who died on the premises—not to mention all the vampire stories.

Related article: A Haunting Good Time: Your Guide to 5 Ghostly Cities Across America

The city also has its share of notable ghosts including author William Faulkner whose spirit is sometimes spotted at his former home-turned-bookstore Faulkner House Books. Old Absinthe House, open since the early 1800s, is supposedly haunted by Voodoo practitioner Marie Laveau, Andrew Jackson, and pirate Jean Lafitte, among others. St. Louis Cemetery No. 1 is another paranormal hot spot, said to be haunted by hundreds of ghosts.

In the evenings, the streets of the historic French Quarter are filled with guided ghost tours. French Quarter Phantoms have several options available—after visiting the grave of Voodoo Queen Marie Laveau during their daytime tour of the cemetery join one of their evening rambles themed around “Saints and Sinners,” “Ghosts and Vampires,” or “French Quarter Voodoo.” Witches Brew also features several themed walks from vampires to ghosts or you can always join a haunted pub crawl—this is New Orleans, after all.

San Antonio, Texas: Angry Wraiths of the Past

San Antonio is considered one of the most haunted places in Texas because of the city’s history. Remember the Alamo? The ghosts of the Alamo will make sure you do. The Battle of the Alamo led to thousands of casualties and Alamo visitors and employees have reported seeing the ghosts of soldiers and hearing mysterious rally cries. The nearby Emily Morgan Hotel is one of the country’s most haunted hotels, too. The property was once a hospital and some guests now report seeing the apparition of a woman in white in the halls.

Many buildings along the riverwalk are said to be haunted including the Alamo Street Restaurant and theater. Former actress Margaret Gething is said to watch performances from the balcony in a long flowing dress. A young boy named Eddie is said to bang around the kitchen and enjoys playing pranks.
A section of railroad tracks near the San Juan Mission is said to be haunted by the ghosts of children who were killed more than 50 years ago when their bus stalled on the tracks. It is said that any car that stops near the tracks will be pushed by unseen hands across the tracks—to avoid a similar fate.

Charleston is one of those good ’ole Southern cities where there’s so much history—from the Civil War to pirates and voodoo—the ghosts never want to leave. Plus, two rivers run through it providing liquid fuel for a ghostly fire.

The Dock Street Theatre is also said to have two eerie visitors from the past—the ghost of actor Junius Brutus Booth, the father of Lincoln’s assassin, John Wilkes Booth, and the ghost of a prostitute the locals call “Nettie.”

In all, there are more than 20 places thought to be haunted and sure to send a tingle up your spine. With a tumultuous three centuries under its belt, Charleston has seen its fair share of paranormal activity. Combining ghost stories that are firmly rooted in local lore with more recent sightings, the Ghosts of the South tour is a wildly popular guided stroll through old Charleston. The tour delves into the city’s history, stopping at haunted hotels, houses, and graveyards throughout a mile circuit. It’s not recommended for children under 10.

Galveston has had pirates, hurricanes, murders, and more in its long history. The paranormal activity is off the charts in several spots around the city. The Bishop’s Palace survived the deadly 1900 hurricane, a source of many of the city’s ghosts, and now the building is haunted by its worried owner. The Ashton Villa Mansion has several ghosts-in-residence thanks to its Civil Era hospital roots.

This small island off the coast of Houston has not just one, but three ghost tour operators. The oldest and largest is The Ghost Tours of Galveston run by Dash Beardsley, “The Ghost Man of Galveston.” Beardsley runs four tours, the most popular of which explores the historic ghost stories of the Strand where Confederate soldiers are rumored to appear on rooftops.

But ghosts are plentiful throughout Galveston—given the port city’s checkered history. Six thousand residents were killed here in the Great Storm of 1900 and during the Civil War wounded soldiers were treated in the buildings lining downtown. Add to that the odd unlucky gambler haunting the Tremont Hotel or the tragic (and dead) bride-to-be walking the halls of Hotel Galvez and you’ve got a bona fide haunted town. And head to the Haunted Mayfield Manor for a lighter Halloween-themed attraction.