No matter what your interest is, Alabama has a trail for that 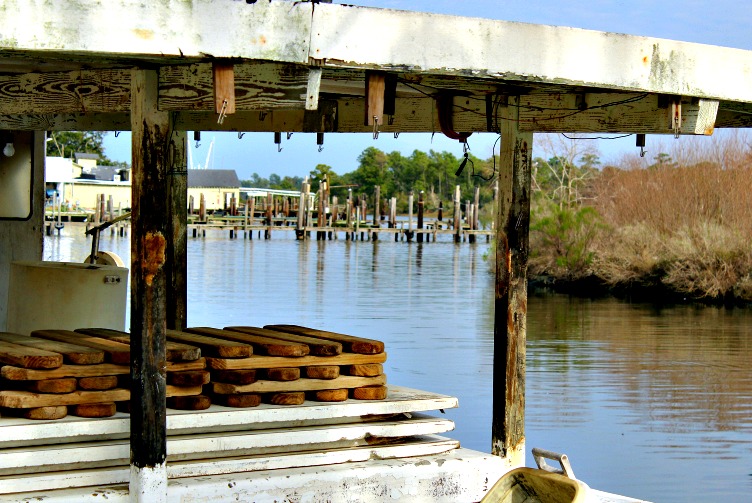 Take a journey back in time, explore Alabama’s rich cultural heritage, see the wonder of the spring or fall bird migration, or just enjoy a peaceful drive through a blend of brilliant autumn foliage. Alabama has great adventures for every interest on the many tours and trails just waiting to be discovered.

The Alabama Department of Tourism has established 19 different trails that take visitors to incredible history, natural wonders, dining, and more. Let me introduce you to the fabulous trails of exploration in Alabama.

We’ll begin with a collection of stops that highlight Alabama’s incredible beauty and wildlife.

1. A Circle of Colors Trail

As the greens of summer surrender to glittering yellow poplars, scarlet dogwoods, orange maples, and golden hickories, Alabama unfolds its patchwork quilt of color. Fall colors begin showing in the mountains of North Alabama in early October and then sweep across the region. Colors will be at their peak from late October to early November.

The Circle of Colors Trail is a winding circuitous route that takes you across the northern half of the state from Oak Mountain State Park in Birmingham to the Bankhead National Forest near Huntsville and points in between to experience glorious fall colors in the Southern Appalachians.

Alabama is a birding paradise with forests, mountains, meadows, swamps, and beaches creating a plethora of avian habitats. Even if you aren’t a diehard birder, you will love visiting one of the 280 stops along the Alabama Birding Trail that takes you to some breathtaking landscapes and of course, opportunities to spot over 430 species of birds—bald eagles, osprey, a variety of tanagers, well, you get the idea.

Alabama is dotted with gorgeous botanical gardens that brighten every season with brilliantly colored and fragrant blooms. And there is a trail for that.

Gorgeous, immaculately-maintained landscapes are on display all across the state, and thanks to the wide range of climates and types of soil in Alabama, you will find a variety of stunning settings as you travel.

The Alabama Garden Trail takes you to six spectacular gardens from Bellingrath Gardens near Mobile where over 300 species of azaleas light up the 35-acre estate and rows of live oak bring a Southern charm to the grounds of the Huntsville Botanical Garden in the north where limestone columns from the old historic courthouse act as the focal point for the expansive grounds.

Whether you are looking to purchase antiques, collectibles, or an inspiring work of art, travel the backroads of Alabama on these aptly named trails.

Towns and cities big and small across Alabama have embraced mural art to grace the sides of buildings and bring a sense of community to the town.

The Alabama Mural Trail leads you to a diverse set of detailed mural art that brings to life moving moments in the town’s history like a depiction of the Freedom Rider’s bus from the height of the Civil Rights Movement in Anniston, historical figures like the almost photo-like mural of the Temptations lead singer Eddie Kendricks who was born in Union Springs, or the dazzling nightlife of Mobile brought to life in the Bar Light mural along the city’s Dauphin Street.

Stop highlights include visits to the Antique Mall of Memories in Alexander City, rummaging through the aisles in the historic 1935 Bank of Dadeville at Old Bank Antiques, and Winter Valley Antiques in Cullman that spans two buildings, one of which was once a chicken coop.

Many of the towns across the state hold annual historic walking tours annually in April where you will visit historic antebellum mansions such as the Oakleigh and Conde-Charlotte mansions in Mobile, centuries-old cemeteries including the Florence City Cemetery that was established in 1819, and sites of the Civil Rights Movement such as the Rosa Parks bus stop and the Dexter Avenue King Memorial Baptist Church in Montgomery.

Community leaders will guide these free tours through the historic districts or courthouse square areas of their hometowns. The hour-long tours start at 10:00 a.m. on April 2, 9, 16, 23, and 30.

The Alabama Civil War Trail not only includes battlefields but also many other historic locations that bring the story of those tumultuous years to life.

Stops along the route include visits to the Alabama State Capitol in Montgomery where Jeff Davis was sworn in as the president of the Confederacy, the Winter Building (also in Montgomery) where the order to fire on Fort Sumter in South Carolina was sent by telegraph thus beginning the war, and Tannehill Ironworks Historical State Park in McCalla where the enormous stone furnace that once made munitions for the Confederacy has been completely rebuilt.

For thousands of years before white settlement, the place that is today called Alabama was home to many different cultural groups of Native Americans.

The history of Native Americans in Alabama is bittersweet. The Native American Trail allows us to explore their bittersweet history in the state from its earliest residents 10,000 years ago at Russell Cave National Monument in Bridgeport and Mound Island in Mobile to the tragedies that led to the Creek Indian War at Fort Mims in Stockton and the eventual start of the Trail of Tears with the Battle of Horseshoe Bend.

Along the dusty backroads of Alabama, you will be treated to a rare sight. The state once had many covered bridges that took horses and pedestrians across narrow gorges. Today, the number has dwindled but these bridges are still exciting pieces of history to view.

Some have been moved to historic locations like the oldest bridge, the 1850 Coldwater Creek Covered Bridge in Calhoun County while others remain in place where they have stood the test of time including the longest remaining in the state, the 324-foot Swann Bridge over the Black Warrior River in Blount County.

The Covered Bridge Trail takes you to these and several other bridges in the northern half of the state. Be sure to make plans to attend the annual Covered Bridge Festival (October 8, 2022) where the three bridges of Blount County are celebrated—Swann, Easily, and Old Horton—with a good old-fashioned fall festival featuring plenty of music, arts, and crafts, and food.

The U.S. Civil Rights Trail spans the country but is primarily centered in the Southeast where marchers and activists challenged segregation and social injustice in the 50s and 60s, often facing violence and death in the process as they tried to make the country live up to its promises.

The Alabama Civil Rights Trail is part of the larger, nationwide trail, leading you to a collection of historic sites from that period including the infamous Edmund Pettus Bridge in Selma, the Dexter Avenue King Memorial Baptist Church from where Dr. Martin Luther King Jr. led the historic Montgomery Bus Boycott, and the incredibly moving National Memorial for Peace and Justice that honors the over 4,000 blacks who were murdered across the South. The memorial features giant steel columns hanging from the ceiling with the names of victims listed by county.

There is more to sports in Alabama than football. These sport trails show you what I mean.

12. Alabama’s Hunting and Fishing Trail for People with Disabilities

The state has made it possible for people with physical disabilities to hunt and fish by joining together state and private landowners to establish this string of outdoor locations called the Alabama Hunting and Fishing Trail where they can enjoy their favorite sports just like everyone else.

Each location has special ramps and access points and when it comes to hunting, days are restricted to only allow those with disabilities to participate. Hunting and fishing licenses are required.

A golf trail is just that—a collection of courses that together promote a certain state to the world as a golf destination. Just about every state has them from California to New York, from Wisconsin to Florida, and every state in between. But there had to be a first—the granddaddy of them all—Alabama’s Robert Trent Jones Golf Trail!

The trail features 26 courses and 468 incredible holes across the state with each course designed by the famous course architect Robert Trent Jones Sr. to fit that particular region’s stunning landscape.

College football and barbecue are probably the first things that come to mind when Alabama is mentioned. But there’s so much more to the local food scene. In a state that is home to rich farmland and game hunting and is also bordered by the Gulf of Mexico, food and mealtime are a semi-sacred part of life.

Any way you slice it—be it the fried green tomatoes at the Irondale Cafe in Irondale, crawfish pie at Ca-John’s Bar and Grill in Faunsdale, or meatloaf at G’s in Huntsville—Alabama has culinary boasting rights to some of the most distinctive cuisine in the country.

Dreamland in Tuscaloosa and Big Bob Gibson’s in Decatur top Alabama’s list of award-winning barbecue joints where you will never get tired of licking your fingers. When it comes to deliciously different you’ve got choices ranging from freshly squeezed lemonade at Toomer’s Drugs in Auburn, key-lime milkshakes from Stacey’s Old Tyme Soda Fountain in Foley, and orange rolls at All Steak in Cullman.

Fusing the sounds of Rock, Country, Blues, and other genres, Alabama possesses a distinctive musical identity all its own.

Hank Williams was born in Mount Olive on September 17, 1923. By the time of his death 29 years later, he had left behind a monumental legacy of such hits as “Hey, Good Lookin’,” “I Saw the Light,” “Jambalaya” and “Cold, Cold Heart.”

With his band the Drifting Cowboys, he played engagements across the South. Hank became country music’s first superstar selling 10 million records from 1947 to 1953.

For more on Alabama, check out these articles: